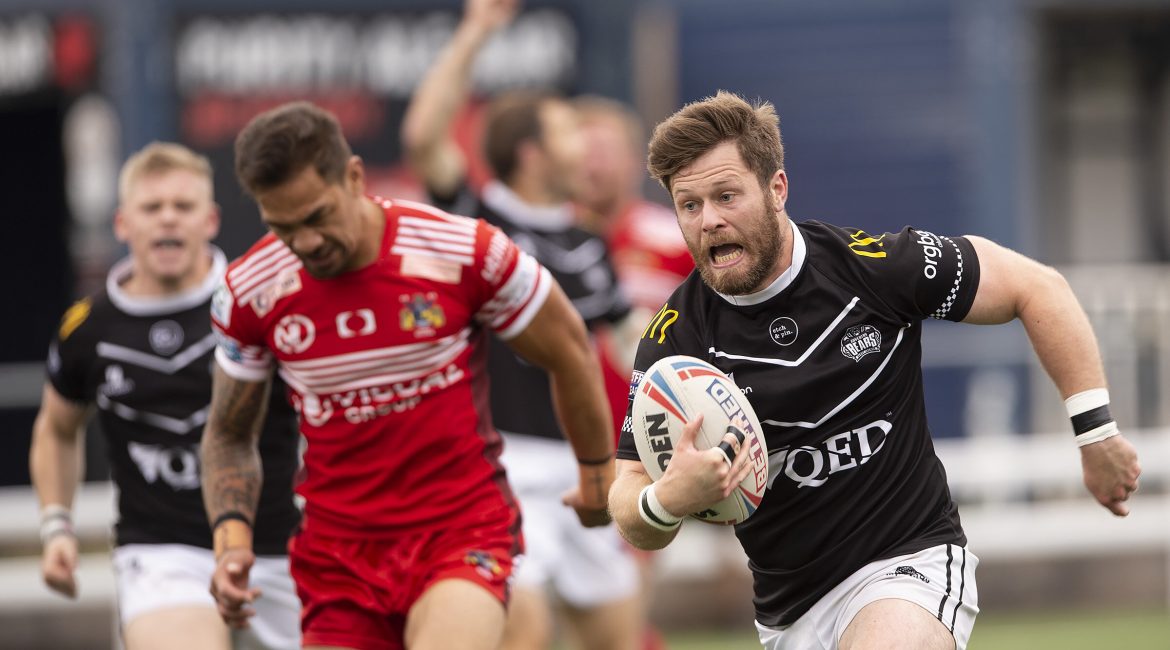 We move on to the next edition of the ‘Ones To Watch’ series with Sunday’s opponents at Cougar Park, Coventry Bears.

If any off-season recruit made by the Bears ahead of the 2021 season caught the eye, that of veteran full-back Dave Scott was certainly the one.

The Scotland international raised eyebrows when he made the decision to depart Championship side Batley Bulldogs to join Coventry as both a player and assistant coach for the forthcoming campaign.

It was a real coup for the Midlands club to secure the signature of Scott, especially as a number of Championship clubs were also chasing his services following his departure from Mount Pleasant at the end of the 2020 campaign.

Only beginning to play Rugby League aged 13 after seeing a game on television, Scott quickly took to the sport and was scouted and signed by Hull Kingston Rovers.

From there, he would go on to play for Featherstone, Doncaster, and Batley, whilst also featuring in two Rugby League World Cup’s and a Four Nations on the international stage for the Bravehearts.

His valuable experience will only aid the Bears development as a club both on and off the field.

The exciting young full back is now into his second season at the Butts Park Arena after being one of Richard Squires first signings following his appointment.

Returning to England following a spell in Australia, the Bears beat off a number of rivals clubs to secure Hill’s signature ahead of the 2020 season.

A product of the Hull FC scholarship and academy system, Hill came to prominence in the student’s game with University of Hull and the English Universities side.

Whilst earning his education, his form saw him selected for the Universities side that headed to Australia in the autumn of 2017 to represent England in the Students World Cup.

During this time, he would also leave Hull FC and sign for West Hull in the NCL and would help the side reach the 2018 Premier Division Grand Final where they were defeated by the Thatto Heath Crusaders.

From there, he headed down under to sign with the Rockingham Sharks and after linking up with a number of his fellow expats impressed in his new environment before returning home and training with the Hull FC reserves.

After training with the Airlie Birds second side, he was signed by the Bears and despite Covid-19 has to date impressed and established himself as one of League One’s most dangerous full-backs.