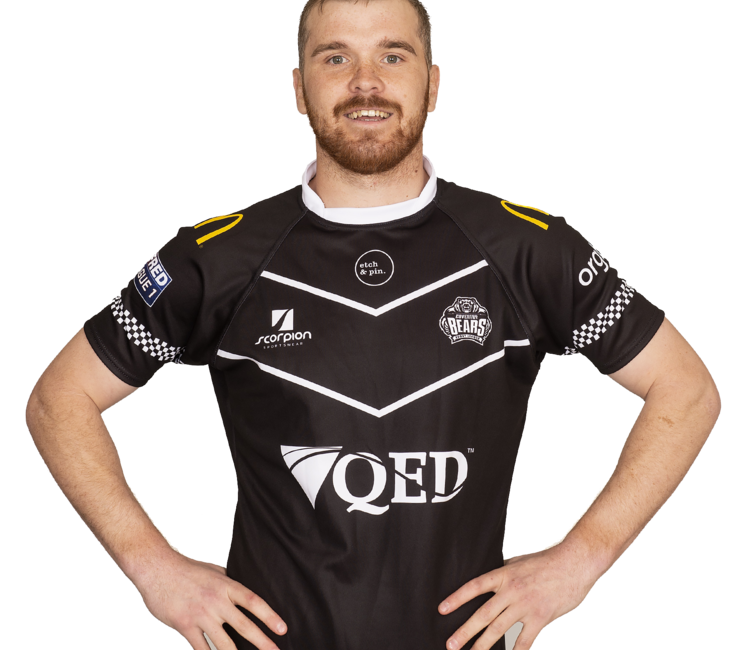 We move on to the next edition of the ‘Ones To Watch’ series with Saturday’s opponents at Cougar Park, the Coventry Bears.

If any off-season recruit made by the Bears ahead of the 2021 season caught the eye, that of veteran full-back Dave Scott was certainly the one.

The Scotland international raised eyebrows when he made the decision to depart Championship side Batley Bulldogs to join Coventry as both a player and assistant coach for the forthcoming campaign.

It was a real coup for the Midlands club to secure the signature of Scott, especially as a number of Championship clubs were also chasing his services following his departure from Mount Pleasant at the end of the 2020 campaign.

Only beginning to play Rugby League aged 13 after seeing a game on television, Scott quickly took to the sport and was scouted and signed by Hull Kingston Rovers.

From there, he would go on to play for Featherstone, Doncaster, and Batley, whilst also featuring in two Rugby League World Cup’s and a Four Nations on the international stage for the Bravehearts.

His valuable experience will only aid the Bears development as a club both on and off the field, and he will arguably be Coventry’s star player throughout 2021.