Ones To Watch – London Broncos 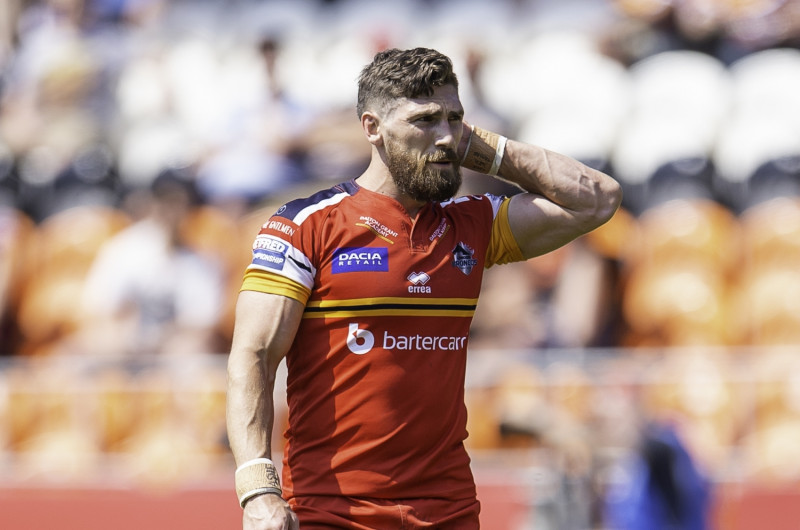 In the first of a new series as a part of our match preview line-up, we will be looking at 5 players in the opposition line-up to look out for once they take to the field against the Cougars at the weekend.

We start with the ‘Ones To Watch’ series with Saturday’s Betfred Challenge Cup Round One opposition, the London Broncos.

The last time Jarrod Sammut pulled on a London Broncos journey, he masterminded their Million Pound Game glory away at the Toronto Wolfpack.

Following two years away with the Wigan Warriors and Leigh Centurions, the Maltese international has returned to the capital in the hope of leading Danny Ward’s side to another promotion in 2021.

A true maverick of the game, the half-back has the ability to change a game on its head with one play and no doubt poses the biggest individual threat to the Cougars come 3pm on Saturday.

Now at the age of 33, his experience in the halves will no doubt inspire confidence in those around him in Broncos jerseys and stopping Sammut might just be the key to stopping the home side this weekend.

Matty Fozard was originally supposed to pose an immediate threat to the Cougars aspirations in League One with the Ottawa Aces this year, but Covid-19 had other ideas.

The global pandemic saw the new Canadian club defer for 12 months and the hooker decide to stay put in London.

A mainstay of the Broncos side after joining from the Sheffield Eagles ahead of the 2019 season, Fozard’s strong defence, versatility, and skill set makes him pose a dangerous threat to any side he comes up against.

And in what is a World Cup year, the Wales international will be looking to a massive impact starting with Saturday’s Challenge Cup tie against the Cougars.

Aston is a name steeped in Challenge Cup history after Mark was a part of the Sheffield Eagles side that stunned the world in 1998 as they lifted the trophy at Wembley.

Mark’s son Cory will now be looking to right his own piece of Cup folklore as the Broncos 2021 campaign gets underway this Saturday.

The signing of the junior Aston was seen as a real coup for the capital club after he became a regular for the Castleford Tigers during the 2019 season.

Signed specifically to suit London’s systems and help bring up the likes of teammate James Meadows, Cory poses a threat to all those in opposition, as shown by his previous spell in the Championship with Sheffield, and the Cougars will need to keep an eye on him this Saturday.

But with former Eagles teammate QLT now within the ranks at Cougar Park, the boys could tap into him for that inside track.

Signed to the club on the back of an impressive 2019 season, in which he helped the Featherstone Rovers reach the Million Pound Game, Josh Walters will be looking to hit the ground running after Covid-19 brought a premature end to last season.

A Grand Final winner with plenty of Super League experience under his belt, including the winning try in the 2015 Grand Final, Walters offers a combination of skill, size, and speed, out of the back row.

The Surrey-born forward converted aged 19 from Rugby Union made 6 appearances for London last season after turning down offers from heartland clubs and Australia to head back south.

Renowned for his versatility and skillset, his enthusiasm for the game makes Walters a lively proposition for the Cougars defence to deal with.

Tuoyo Egodo was the Broncos top try-scorer last year prior to Covid-19, making the most of the opportunity to show his talent on the full-time stage.

A product of the Broncos youth system, the utility back of Nigerian descent had spent most of his career out on either loan or dual registration prior to arriving back in the capital ahead of the cancelled 2020 season.

Continuing his development after making the most of the opportunities presented to him in 2019 at Castleford, his potent attacking threat and eye for the try-line will no doubt give Rhys and the boys something to think about with on Saturday afternoon.

No doubt a quality outside back, whether it be on the wing or inside as a centre, Egodo will provide a different sort of challenge to the Cougars three-quarter line.