Ones To Watch – Barrow Raiders 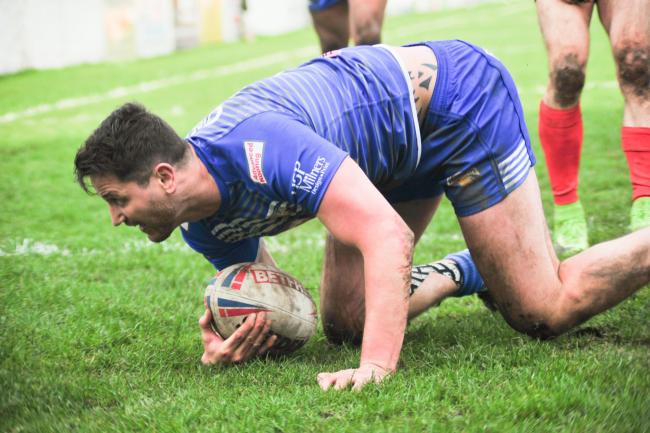 We move on to the next edition of the ‘Ones To Watch’ series with Sunday’s opponents at Cougar Park in Round 10 of the Betfred League 1 season, the Barrow Raiders.

Veteran prop Carl Forster adds experience, leadership, and physicality, to the Raiders squad as he heads into his second season at Craven Park.

Becoming a mainstay and major name within League One during the past five years, Forster’s track record speaks for itself.

As player-coach at Whitehaven, he led the Marras to within four minutes of promotion before being cruelly denied by his current club, before returning to Haven as just a player midway through the 2019 season and becoming a major factor in their League One title winning team.

He then made the move to Barrow prior to the pandemic shutdown and will be looking to add another promotion from the third tier in Cumbria to his belt this coming season with the Raiders.

Breaking through in Super League with both St Helens and Salford, a series of loan spells with various clubs in the Championship and League One made the transition into the part-time game natural for the forward.

After spells coaching with both Whitehaven and then Rochdale, his arrival at Barrow has seen Forster make the decision to focus on his playing career and he will be looking to be a promotion winner once more come September and October.

The name Jamie Dallimore sends shivers down the spines of Keighley Cougars full backs past.

A man who is notorious for saving his two Man of the Match performances of the season for the Cougars in seasons gone by, and already has one to his name against the Cougars this season, his trademark high bombing kicks will keep both the full-back and wingers on their toes come 2pm on Sunday.

Without question one of the greatest half-backs in the third tier’s modern era since 2003, his points scoring and promotion record with Oldham, North Wales, and Barrow, speak for themselves.

Labelled as ‘the best kicker in the division’ it is seen as a major coup year on year for the Raiders that they persuade him to turn down interest from clubs in the higher divisions to remain at Craven Park.

Now into his fifth season at Barrow, his time with the club has seen him inspire the Raiders to promotion to the Championship in 2018 as well as going viral with his now famed 100 metres goal-line dropout.

His leadership qualities are also regularly praised by Head Coach Paul Crarey, especially last year prior to the pandemic where he served as stand in captain whilst Jarrad Stack was side-lined through injury.

2021 has been a stop and start year for Dallimore to date with injury and suspension keeping him off the field more than he has been on it, but when he’s been out on the park for Barrow he has continued to deliver and has been a key figure in their unbeaten start to the season so far.

Whether it be in the back row or in the centres, Jarrad Stack is consistently one of Barrow’s standout performers.

Joining the Raiders ahead of the 2017 season following a lengthy spell with Workington Town, Stack is one of the most prolific players in the semi-professional game.

Born in Australia, Stack first arrived in England ahead of the 2009 season when he signed at Derwent Park.

He would stay with Town for eight seasons and become a cult hero amongst the Workington faithful during his time with the club.

A member of the club’s 2012 promotion winning side from the third tier, he would also play his part in a Workington side that qualified for the play-offs in successive seasons in the Championship but would depart the club following their relegation in 2016.

Despite interest from Leigh, who were newly promoted to Super League at the time, Jarrad would sign with the Raiders and become an instant regular in the side as they earned promotion in 2017 alongside the Toronto Wolfpack.

He continued to impress when stepping back up into the Championship, winning plaudits and interest alike, but would stay love to the Raiders and his adopted home of Cumbria.

A numerous time member of the Championship and League One dream teams, don’t be surprised to see his name in that line-up once again come September.

Re-uniting with brother Jordan at Barrow for this season, the arrival of Adam Walne from Super League side Huddersfield Giants was seen as one of many big-name signings made by the Raiders for this season.

The 29-year-old, who began his career with the Salford Red Devils before climbing his way up to the Super League has opted to move out of the full-time game to sign for the Raiders.

The prop, who had a spell at the Raiders under dual registration in 2014, has recently set up his own conditioning business and believes now is the right time to move into the part time game.

Walne signed with Huddersfield after ending his lengthy spell with Salford in the Super League in 2018, making 12 appearances for the Yorkshire side along with eight outings for Leigh Centurions during a loan spell.

Despite being in full time rugby, the ex-Salford man has opted for the Raiders and to run his own business, Raw&Outdoor, partly down to the large percentage of players in rugby that have nothing to fall back on when their careers end.

He adds experience, size, and grit, to an already dangerous Barrow pack that has so far this season dominated the division as shown by the unbeaten start they’ve made to 2021.

French international Hakim Miloudi was one of the standout signings by the Cumbrian outfit and barring an injury lay-off last month has been a key performer in the League One leaders unbeaten start to the 2021 seaosn.

A utility who can play anywhere across the backline, he returns to the English game following a spell with the Palau Broncos in the French Elite Championship over the winter.

Making a name for himself in the French Elite Championship at a young age, Miloudi caught the eye of scouts in England and made the transition to the full-time game, and Super League, ahead of the 2017 season when he signed with Hull FC.

During his time with the black and whites, he gained League One experience on dual registration with Doncaster in a spell where he equalled the Dons club record for most points scored in a match.

With chances restricted at Hull, the utility back moved on and signed with the Toronto Wolfpack where he became a mainstay in the side, mostly at centre, for Brian McDermott as the Pack gained promotion before their doomed Super League campaign last year.

Internationally, Miloudi is a regular name in the France squad and represented his country in the 2017 Rugby League World Cup in Australia.

And the decision to join Barrow is one fuelled by international ambition, with Hakim looking to make the France squad for this year’s World Cup in a move which can only be to the benefit of the player, the Raiders, and his nation.