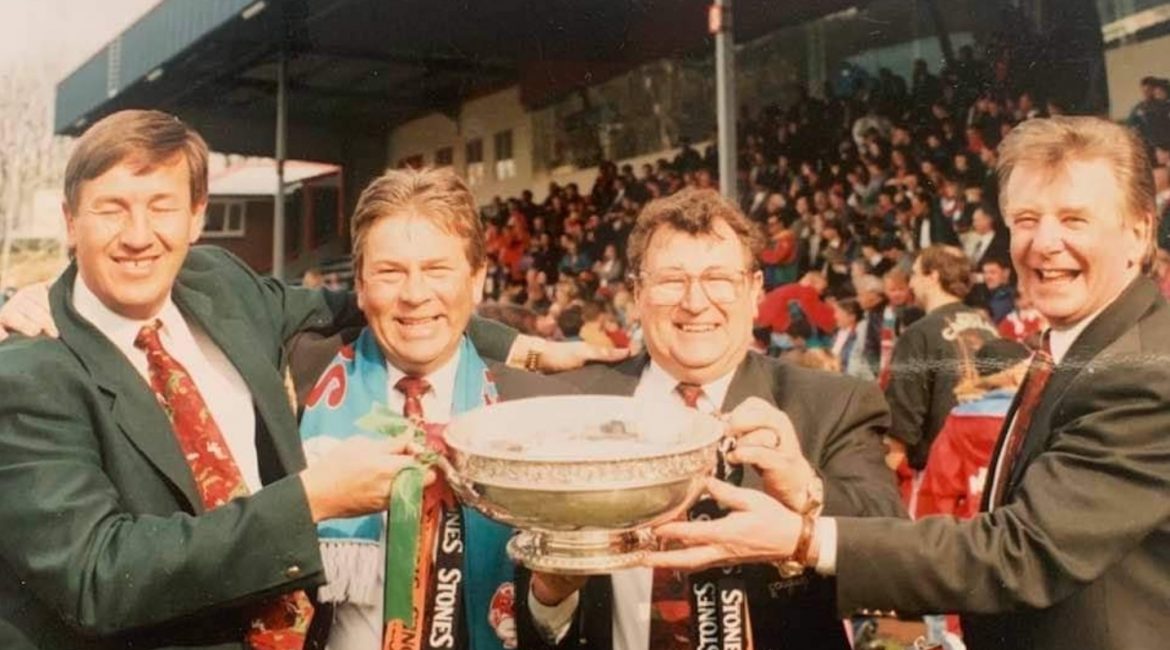 It is with the upmost sadness that Keighley Cougars has today learned of the passing of Neil Spencer.

Whether it be as a supporter, sponsor, director, chairman, or owner, during his long and storied affiliation with our club which has lasted for over half a century, the love between Neil and Keighley Cougars was mutual.

A part of the board during the famed Cougarmania days, Neil along with Colin Farrar would save the club from extinction at the turn of the millennium and would oversee a decade in charge that brought with it two promotions in 2003 and 2009.

Neil, along with wife Maureen, would also house our overseas players with many of our players from the southern hemisphere long hold affection for the Spencers following their departures from Cougar Park.

In later years, as a life member of the club, Neil would still regularly attend games and be a familiar face at Cougar Park.

At this time we send our condolences to Neil’s wife Maureen, his wonderful family, and all those who were friends with Neil and held him dearly.

The legacy that Neil leaves behind at our club is one that will live forever and will never be forgotten.

Rest in peace Neil, and thank you.