Nathan Roebuck To #JoinThePride Until 2023 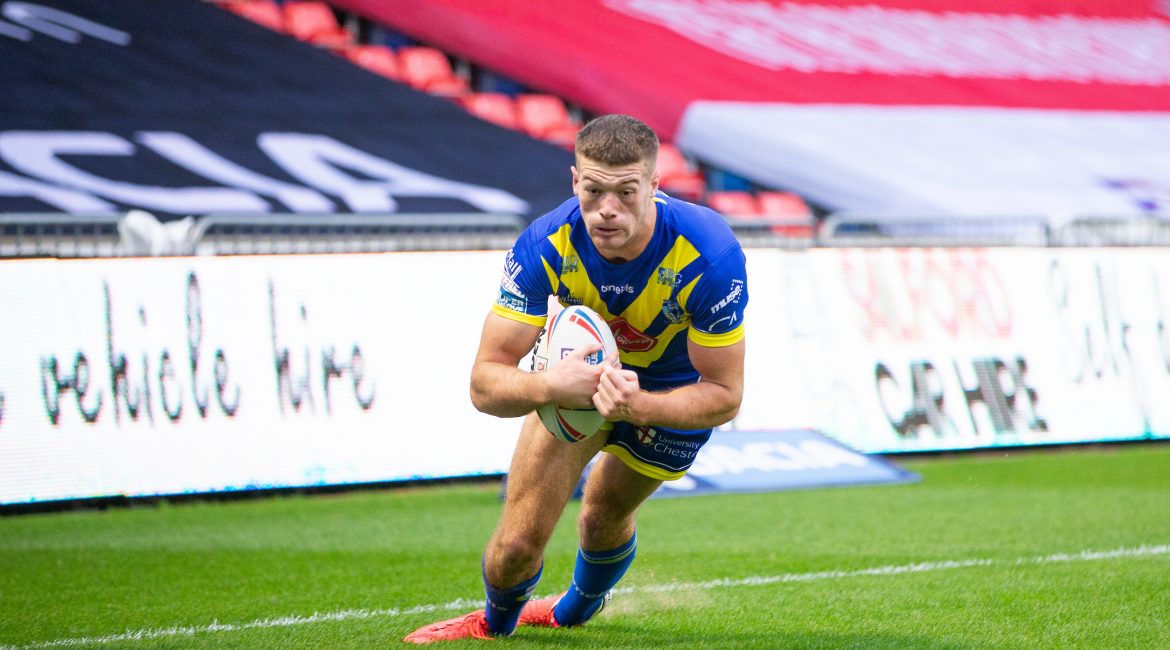 KEIGHLEY Cougars are today delighted to announce the signing of Nathan Roebuck.

A centre or winger by trade, Nathan joins the club on a two-year deal until the end of the 2023 season following his departure from the Warrington Wolves.

And now he is calling Cougar Park home, the towering 6’5 back is looking forward to helping his new club and teammates push for a place in the Championship.

“I’m really looking forward to getting back to playing rugby and getting to know and settle in with the lads at Keighley,” said Roebuck.

“I believe there is a good rugby core and a good business structure at the club.

“After my two full years in the Warrington first team, even with the struggles of coming back from injury in my final academy year and the two seasons we’ve had with Covid, I’ve learnt so much from being in a competitive environment.

“And after previously working with Andrew Henderson, I spoke with Hendo, and we know Keighley are striving to get promotion and to be playing Championship rugby and hopefully further over time.

“I want to play my part in helping this club achieving those goals.”

Impressing as he moved through the year groups at Saddleworth, he was picked up ahead of the 2018 season by the Warrington Wolves for their scholarship system.

He made an immediate impact on the field and his efforts were rewarded in 2019 as he was voted the joint Under-19’s player of the year and earned a first team contract in the process.

The Covid-19 affected 2020 season presented Nathan with his first team debut for Warrington, and he marked the occasion with a try despite defeat away at Salford after recovering from an injury sustained whilst playing for the academy.

This would prove to be his only appearance for the club, and he was loaned out on three separate occasions during the past year.

He would move to both Leigh Centurions and Salford two-week Covid loans but would not feature for either during his time at the Greater Manchester clubs.

Recalled from the Red Devils after not getting gametime, he made the move north to finish the 2021 season on loan at the Newcastle Thunder in which time he scored a try against the eventual Championship winners Toulouse Olympique.

Returning to the Halliwell Jones Stadium, Roebuck would depart the Wolves following the expiration of his contract and made the decision to follow Head of Rugby Andrew Henderson and prop Myles Tate across to West Yorkshire and sign with the Cougars.