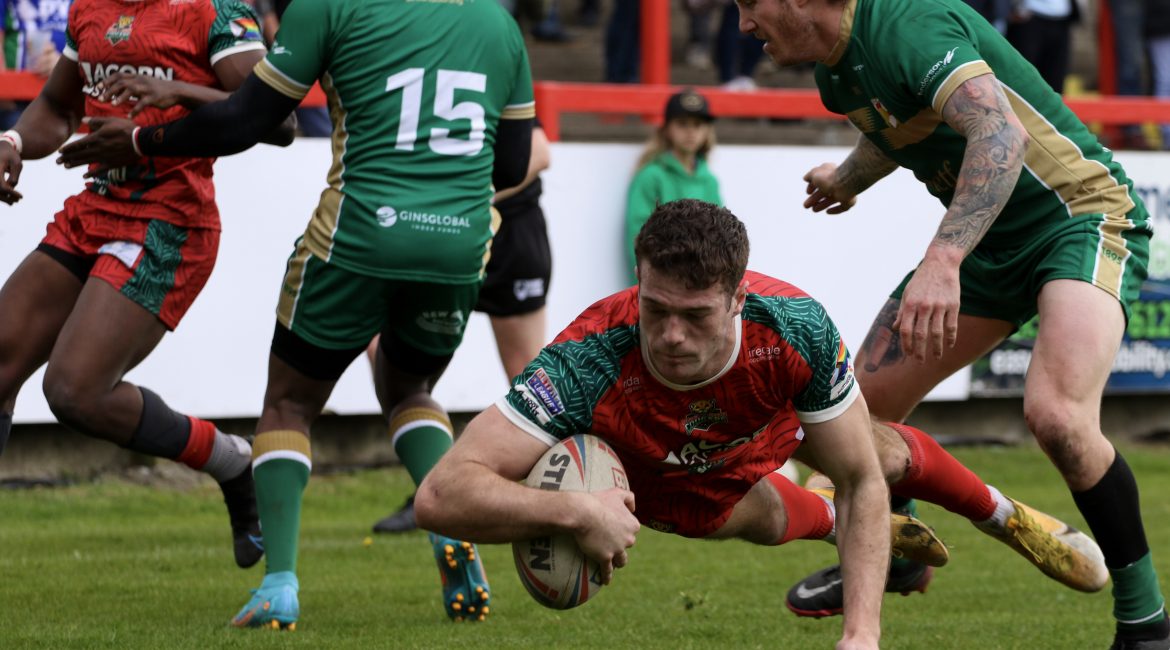 Keighley Cougars can announce that centre Nathan Roebuck will remain a Cougar for the 2023 season.

Roebuck, who has impressed since joining the club from the Warrington Wolves, signed a two-year deal with the second year to be decided by the club as they held an option for the second year.

The Cougars have now decided to activate that option, meaning Nathan will be at Cougar Park until the end of the 2023 season.

Head of Rugby Andrew Henderson said: “Having worked with Nathan previously at Warrington, I knew both as a player and a person he would be a good fit for our team and our club.

“I was pleased when he agreed to join us as he had some interest from clubs closer to home, but he put his trust in Rhys and I that this move to join Keighley would be the right one for his career.

“He has certainly transitioned well here to life at Keighley, and for me it’s great to see his confidence as a player and a person develop and grow week by week and Nathan rewarded the team with consistent performances.

“Overall, I have been very impressed with Nathan’s performances this season and he has built a good combination with the players around him on our right edge.

Following his arrival at the club, as Henderson said, Roebuck has formed a dangerous right edge partnership with winger Mo Agoro.

The partnership has so far produced 22 tries for this season, with both players assisting each other on a regular basis, whilst also playing their part in the stellar defence seen so far in the League 1 campaign.

His performances were also rewarded last month as Nathan was one of three Cougars players named in the League 1 team of the month for the opening five rounds of the season.

And he is delighted to be calling Keighley his home for another year.

“I feel it is a very family like atmosphere from everyone within the club and the support and engagement from the fans is second to none.

“I think we have made a good start to the season.

“I am looking forward to seeing how far we can go as a team and as a club, and right now that starts with aiming for promotion to the Championship.”