Myles Tate To #JoinThePride For 2022 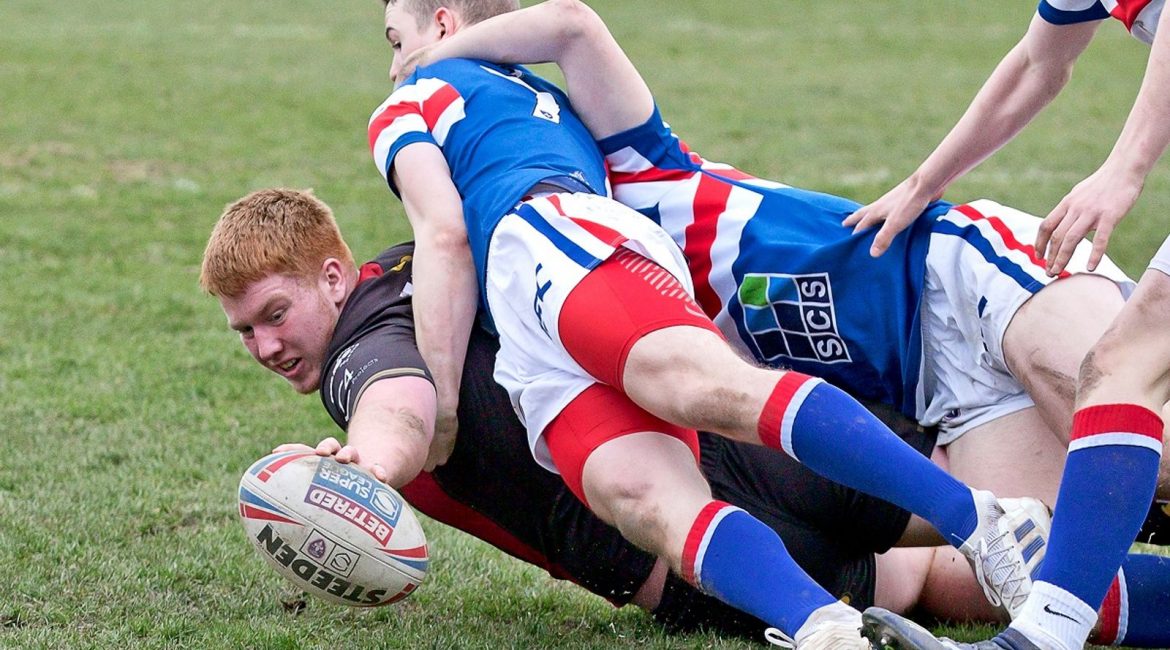 KEIGHLEY Cougars are today excited to announce the signing of Myles Tate on a one-year deal.

Standing at 6 foot 4, and weighing in at 118kg, Myles will add raw size and power to the pack whilst continuing his own personal development.

And the young forward is looking forward to the opportunity presented to him by the Cougars.

“I’m looking forward to joining the club and very grateful for the opportunity,” said Tate.

“After speaking with Rhys Lovegrove and Jake Webster, I’m looking forward to what the club is trying to do this year and I want to be a part of it

“I’m also looking forward to the big step up, developing my game and showing what I can do whilst becoming a lot better as a player.

A product of the Oulton Raiders community club in Leeds, Myles was signed to a scholarship deal aged 14 by the Castleford Tigers in 2016 as a part of the RFL’s Embed the Pathway initiative.

Continuing to play for both Oulton and the Tigers, he progressed first to the Castleford Under-16’s in 2018 before moving up to feature regularly for the club’s under-19’s the following year in the Academy Championship.

His performances would catch the eye of the Warrington Wolves, who acted quickly to secure Tate’s services for their own academy set-up.

Becoming a regular starter for the Wolves under-19’s in the early part of 2020, the young prop would continue to catch the eye prior to the Covid-19 pandemic and marked his three appearances prior to the season’s curtailment with a try in victory over Wakefield.

With the Academy Championship returning for the 2021 season, he would once more feature regularly throughout the year for the young Wolves side, coached by Paul Anderson, won 7 of its 12 fixtures.

Following the conclusion of the season, Myles was not offered a first team deal by the Wolves which allowed the Cougars to pounce after the forward’s availability came known after he was highly recommended to the club.

Chairman Mick O’Neill MBE said of the second new signing for 2022: “This is an exciting signing of a talented young player from a Super League club.

“Myles was introduced to me and Rhys by Jake Webster and comes to the club with a good reputation from his time at Castleford and Warrington.

“He is a big lad and a good prop who will add a lot to the team as he continues his development as a player.”