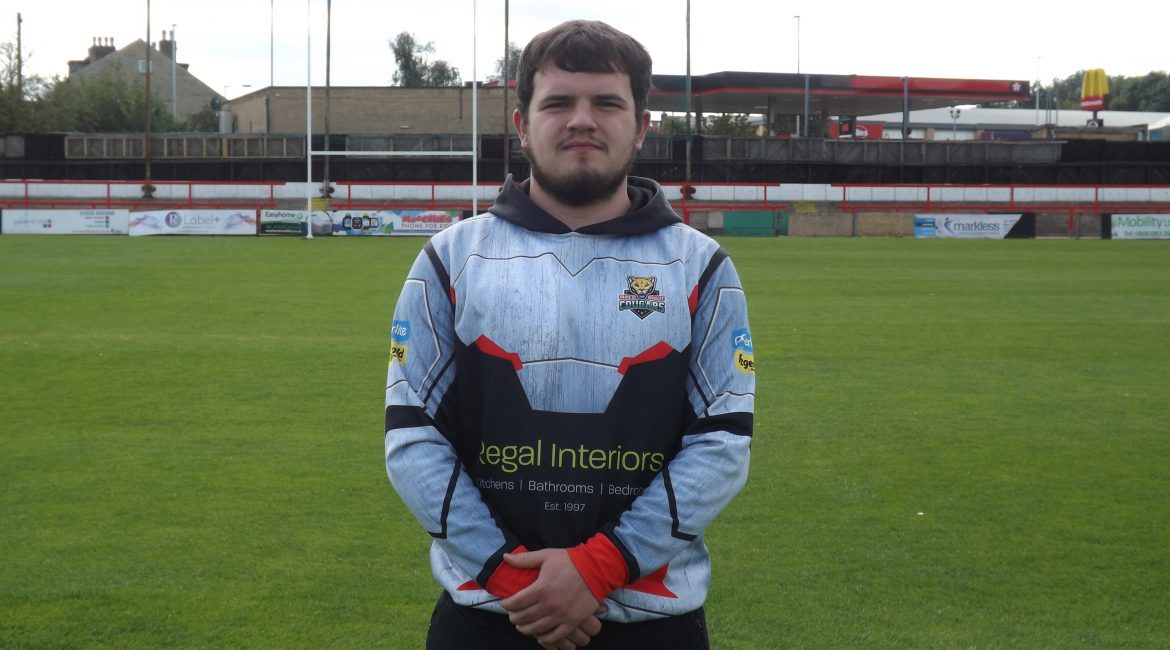 KEIGHLEY Cougars are delighted to announce the capture of local talent Morgan Robinson.

Robinson, who can play in both the back row and in the centres, signs a one-year deal with the club after impressing whilst on trial with the first team prior to the outbreak of the COVID-19 pandemic earlier this year.

A product of the Keighley Albion amateur club, where he made his open age debut for the club at the age of 16, Morgan caught the eye of Head Coach Rhys Lovegrove last season when his performances for the Cougars reserves grade saw the 22-year old crowned as Reserves Player of the Year at the end of season awards night.

These performances impressed the Head Coach and prompted Lovegrove to offer the utility man a trial during pre-season, and now a contract for next year.

And the addition of Robinson to the club’s first team adds to the ever-growing list of homegrown talent within the Cougars ranks with Aaron Levy, Alfie Seeley, and Jordan Aitchison, also currently signed by the club for the 2021 season.

Lovegrove said: “Morgan is a really quiet and humble kid and when I invited him to train with the first team, made a real impact amongst the group.

“His size, athleticism, and raw ability will see him fit well into the systems I am implementing here at the Keighley Cougars, even more so with how hard-working Morgan is.

“The addition of Morgan adds to our ever-growing talent pool of local product and this is something I am conscious about.

“The Keighley Cougars is a club at the heart of the town and I feel it’s massively important in that respect that the pathway for local talent is on offer for players within our local community clubs who are good enough to play professionally.”

Chairman Mick O’Neill added: “It is good to sign a local lad.

“From what I saw of Morgan last year in the reserves team, I liked what I saw and I’m very pleased we’re starting to bring local talent into the club.

“He follows in the footsteps of a long list of Keighley born talent, some of who are now legends of the club, to play for the Cougars, especially during the 1990’s when we had players such as Paul Moses and Keith Dixon playing for the club.

“To see a player progress from Keighley Albion to sign with the Cougars is also very pleasing and I hope we can continue to build bridges between the two clubs moving forward.

“I hope Morgan continues to develop as a player and his signing comes to fruition so we can see him break into the first team and be a regular under Rhys.”