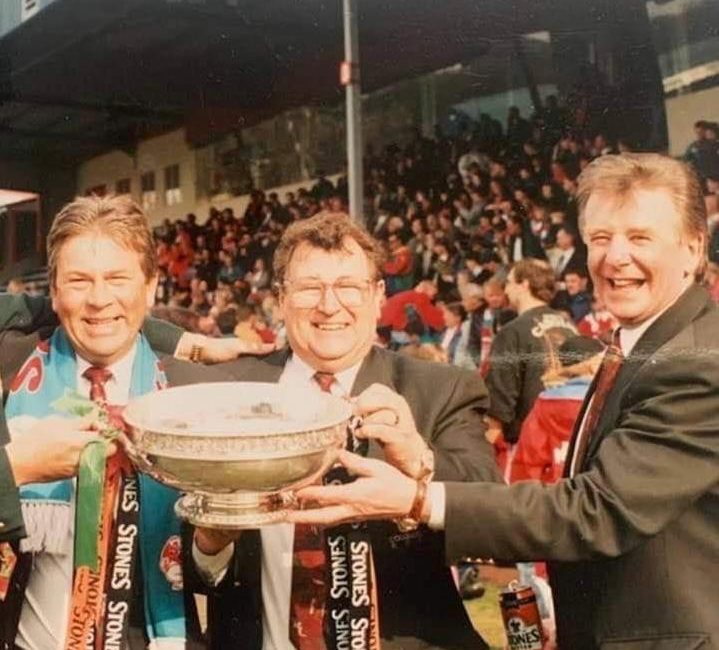 Sending his condolences on the passing of Neil from Australia, Mick was emotional whilst talking about one of his fellow board members behind the 1990’s phenomenon that was Cougarmania.

“I send my deepest sympathies to Neil’s wife Maureen, and his children Ian, Julie and Sue, and to Neil and Maureen’s grandchildren and great grandchildren,” said O’Neill.

“Cougars were part of Neil’s DNA, a passion which he shared with Maureen and his whole family.

“He was wholeheartedly committed to the club and to the vision we shared.

“After we both stood down from the club in 1996, Neil later returned to get the club back up and running, and had huge success in the early 2000’s.

“I was proud to see what Neil achieved, and what he did to not only save the club then, but to take it to historic success.

“Neil leaves a firm legacy and will be remembered forever in the history of rugby league in Keighley.

“Thanks for the times we shared Neil, you were a good friend and ally, you will be missed.”