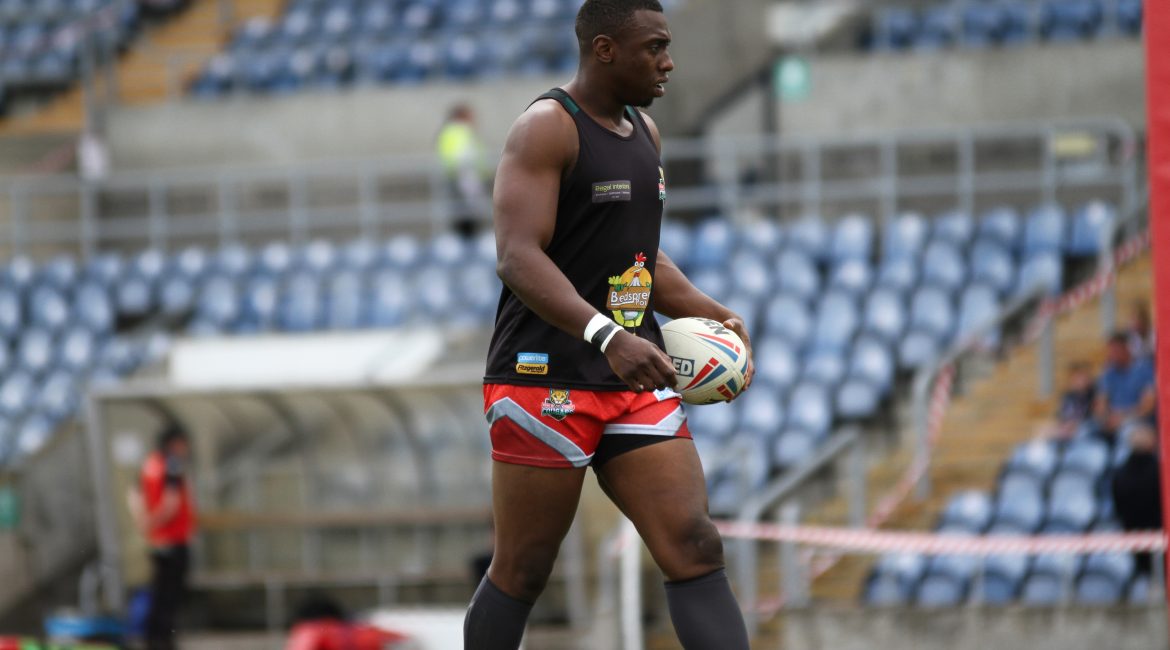 KEIGHLEY Cougars are today delighted to announce that Mo Agoro has signed a two-year contract extension with the club.

The Jamaica international has agreed a new deal that will see him remain at Cougar Park until the end of 2023.

And on the back of a breakthrough year in 2021 that saw the winger score 9 tries in 14 appearances, Mo is looking forward to his future with the club.

“I am absolutely delighted to be signing a new deal,” said Agoro.

“I’m enjoying my time at the club, so it was an easy decision to make.

“The club is heading in the right direction on and off the field and it is something that I can’t wait to be a part of.

“I am really looking forward to a big couple of years and achieving the goals that we have set out for ourselves.”

Born in Leeds, Mo was a product of the Leeds Rhinos academy before brief spells with Oldham and Hunslet followed.

Heading south following his departure from the Parksiders, he would then join the All Golds where a record of 21 tries in 34 appearances followed, including a hat-trick in a home victory over the Cougars, earning a move back north to the Newcastle Thunder.

The powerful wide man would continue to impress with the Thunder and after catching the eye of Rhys Lovegrove, the Cougars Head Coach acted quickly to secure his services following the conclusion of the 2019 campaign.

Featuring in all three games after his arrival from Kingston Park, the 2020 season was cut short by the Covid-19 pandemic.

However, it proved to be a blessing in disguise for Agoro as it was discovered that he had a cataracts issue behind one of his eyes prior to the pandemic and that required immediate surgery once safe to do so.

Following a successful procedure to resolve his eye issues, a successful year personally followed despite a groin injury which saw Mo cement his spot both in the side and as a favourite amongst the Cougars faithful.

And Agoro was quick to praise the fans for their support and the part they played in the decision he has made to commit his long-term future to the Cougars.

“Our fans are outstanding and were another reason why I wanted to stay,” admitted the winger.

“They back us every week and it is a pleasure to play in front of them.”