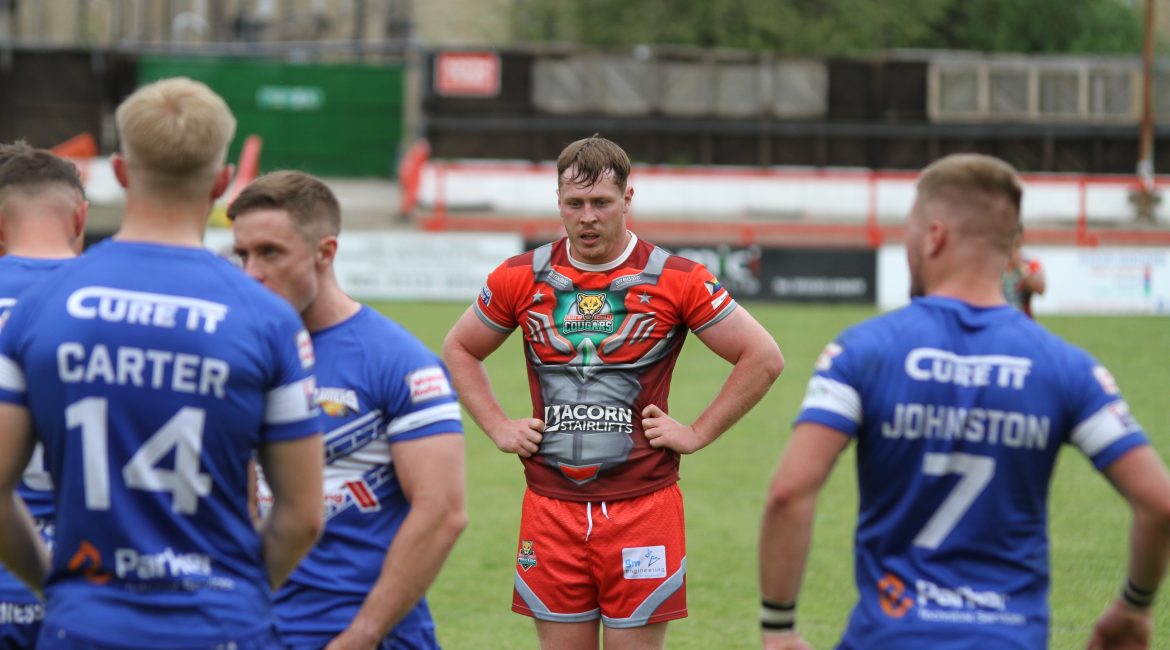 KEIGHLEY Cougars are today delighted to announce that Matthew Bailey has signed a new one-year contract with the club.

This new deal sees ‘Bails’ commit his future to the Cougars until the end of the upcoming 2022 season which will see the prop forward reach a decade of service at Cougar Park.

“I am absolutely delighted to be keeping Matt at the club,” said Chairman Mick O’Neill MBE.

“He’s a great lad and one that we didn’t want to lose, so it is great to get this signature over the line.

“He is Mr Reliable and someone that the coaches and players can depend on which is the sort of player you need to pushing at the right end of the table.

“It is vitally important that we keep those homegrown Keighley lads at the club and in the town to make sure that they don’t sign elsewhere, and I am very pleased we’ve managed to do so with Matt.”

Now entering his tenth season at Cougar Park, Bailey joined the club ahead of the 2013 season following a stint in the youth system at the Bradford Bulls.

After missing the most part of that season after sustaining a broken leg in a pre-season friendly defeat to the Barrow Raiders, Matt would make his debut towards the back end of the campaign in a home defeat to the Dewsbury Rams.

‘Bails’ would finally break his way into the side following relegation from the Championship and become a regular during the 2015 season.

Despite play-off final heartbreak at the end of that year, the prop forward would become an integral part of the squad over the next couple of years and his efforts on the field would be awarded off it.

Cemented as a regular in the team, and a club stalwart, Bailey would continue to be consistent and reliable during both the troubled 2018 season and the renaissance of the club in 2019.

After initially being on the clubs released list following the Covid-19 cancelled 2020 season, long term discussions with Head Coach Rhys Lovegrove saw the forward remain at Cougar Park after a new deal was agreed in November of last year.

A solid pre-season would follow and the Cougars ‘Mr Reliable’ became a mainstay in the team once more throughout the 2021 season, returning to the form that saw him rightly praised in those previous seasons.

To date, Matthew has made 144 appearances, scoring 13 tries, for the Cougars.