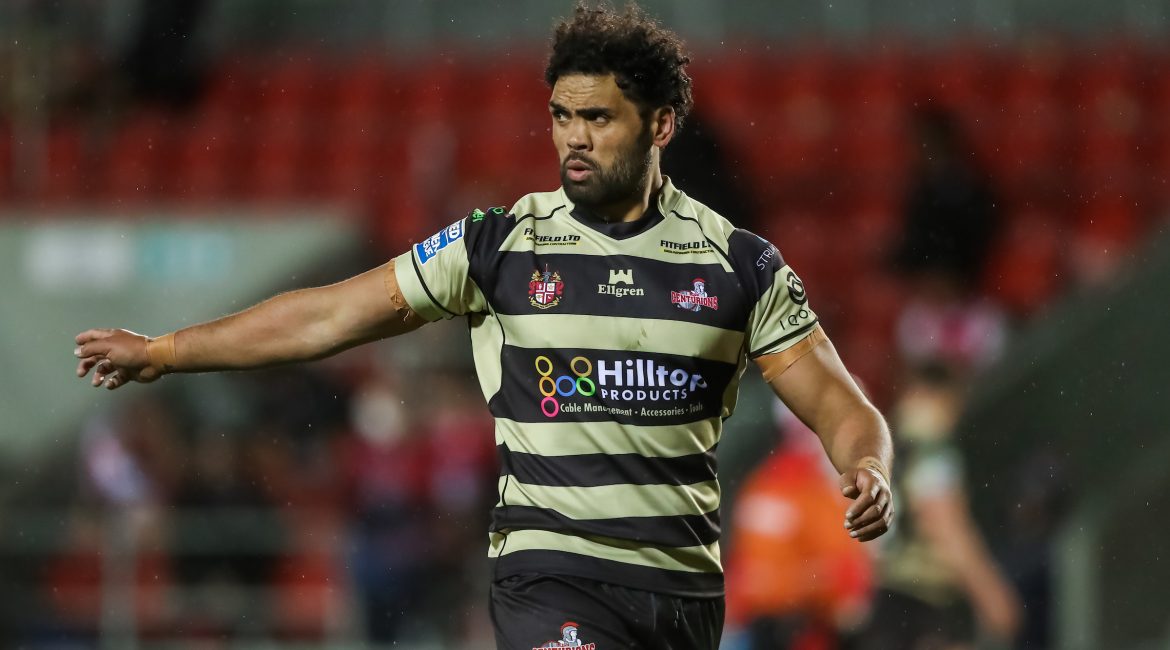 FRESH off signing a two-year deal with the Keighley Cougars, Mark Ioane is looking for more of the same in 2023 both personally and for his new club.

The 2022 season saw the Cougars promoted as unbeaten League 1 Champions whilst the prop himself was involved in Leigh’s double winning season that ended with a return to the Super League.

And it was the ambition shown both on and off the pitch, not just this past year but also towards the future that attracted the New Zealand born forward to make the move across the Pennines to Cougar Park.

“I’m joining Keighley based on what they did last season as a team,” admitted Ioane.

“The achievements of the club have got me excited for what next year will bring.

“Talking to the coaching staff gave me confidence in the club’s ambition to succeed.”

With the likes of Scott Murrell and James Feather both retiring, and Jake Webster moving more towards the coaching aspect, Head of Rugby Andrew Henderson and Head Rhys Lovegrove both emphasised the importance of adding experience.

Coming to Keighley on the back of a career that has seen Mark feature regularly within the NRL and Super League, whilst also achieving promotion three times from the Championship, the 31-year-old without question adds the experience that the hierarchy was seeking.

The challenges and pressures that taking on a leadership role within the dressing room is one that the new signing is prepared to take the weight of upon his shoulders.

Ioane also hopes the experience he brings will add to the environment built between his new teammates over the past year.

“I am willing to take on the challenge of being one of the leaders within the team over the next two years.

“I hope to be an integral part of the team on and off the field and with my experience, help create that environment that everyone thrives in where we are all improving and looking out for each other.”

With pre-season training ahead of the Betfred Championship season beginning for the Cougars on the 26th of October, the wait for Ioane to meet his new teammates is not that far away.

And with the forward expected to be the club’s final new addition at the time of writing, he is greatly anticipating the opportunity to be a Keighley player as one of our eight new faces following promotion.

“I’m looking forward to the new challenge and to be a part of a competitive team.

“This team is gathering some awesome players and I know that all of the lads, myself particularly, now can’t wait to get started.”