Mark Ioane To Join The Pride 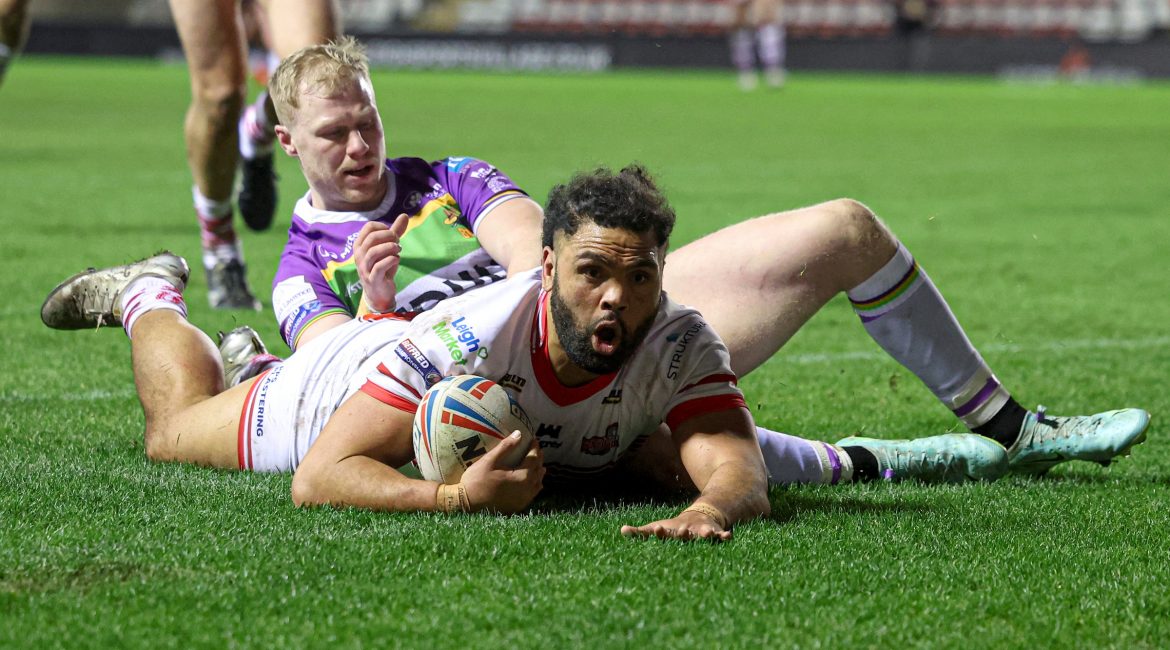 KEIGHLEY Cougars are today delighted to announce the signing of Mark Ioane.

The New Zealand born prop arrives at Cougar Park on a two-year deal, joining us from Betfred Super League side Leigh Centurions.

Departing Leigh Sports Village following three seasons with the club, Mark was a regular in the Leigh side that won promotion from the second-tier last season.

His arrival brings experience and leadership to the back, and Head of Rugby Andrew Henderson is delighted with his and Head Coach Rhys Lovegrove’s latest acquisition.

“Mark is a first-class person and player,” said Henderson.

“He brings NRL, Super League, and Championship pedigree to the team so I am excited he has decided to join us.

“I had the pleasure of bringing mark to the London Broncos from the NRL.

“Mark will give us plenty of good go forward and will work hard for his teammates defensively.

“His experience and quality will be vital to our pack, and I know he will be a great role model to our younger forwards.

“I would like to extend a warm welcome to Mark, Sereh, and his children, to the Cougars family.”

Beginning his career with the New Zealand Warriors, the forward was an integral part of the Junior Warriors side that won the Toyota Cup in 2010.

His performance also earned international recognition as he was named in the Junior Kiwis squad at the conclusion of that season.

Making the decision to move to Australia, Ioane signed with the Canberra Raiders ahead of the 2011 campaign.

Unable to break into the first-grade side in the capital, he would feature for both the South Logan Magpies in the Queensland Cup and the Mount Pritchard Mounties in the New South Wales Cup.

It was at the latter that Mark would win the forward of the year during 2012 whilst earning himself a move to the Gold Coast Titans.

Playing for the Burleigh Bears in the Queensland Cup competition, his performances would not go unnoticed for long as the prop was finally handed his first-grade debut in the NRL.

Ironically, his debut for the Titans in May 2013 would be against his former club, the New Zealand Warriors.

He would go on to make a further 23 appearances on the Gold Coast before a mid-season move in 2015 to the St George Illawarra Dragons.

Ioane’s stay in Sydney would only be a brief one as he made the decision to move to England and sign with a London Broncos side coached by Andrew Henderson.

Making a century of appearances during his four-year stay with the Broncos, he would become integral to first Henderson and his successor Danny Ward.

And the efforts of Mark and his teammates would be rewarded in 2018 as the side won the Million Pound Game and with it promotion to the Super League.

Despite a valiant effort the following year, London would be relegated back to the Championship on the final day of the season and the Kiwi would leave the club to sign with the Leigh Centurions.

With the 2020 season cut short due to Covid, the withdrawal of the Toronto Wolfpack would see the Centurions elevated to Super League ahead of 2021.

However, their stay in top division would be a brief one with the club relegated with Ioane making 16 appearances that season.

Now back in the second tier, the Centurions bounced back immediately and won the double as both champions of the Championship and 1895 Cup winners.

Mark would make a further 23 appearances in the red and white, playing in the 1895 Cup final victory over Featherstone at Tottenham.

Following the club’s promotion, and expiration of his contract at LSV, Lovegrove and Henderson would swoop to bring the experienced forward to Cougar Park for the next two seasons.