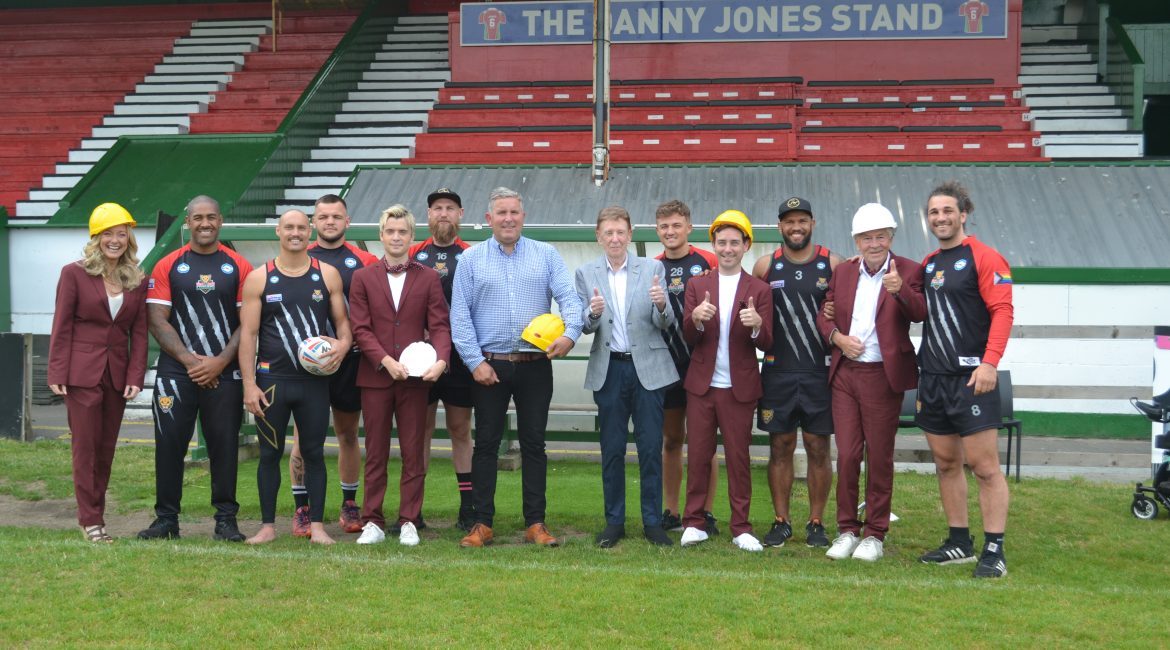 Keighley Cougars are today delighted to announce that subject to planning, the Danny Jones Stand is to be demolished and replaced with a new state of the art facility.

Following a £2.25 million grant from the community fund of the towns fund, work is due to begin upon the completion of the Cougars current campaign with the work projected to be completed by the beginning of the 2024 season.

Ian Hayfield, chair of the Keighley Towns Fund board, said: “The development of a new stand, combined with a new inclusive community-based facility, is a real bonus for the town.

“This project would have not got this far without the hard work of all the staff, owners, and supporters, of the Keighley Cougars.

“I must also take this opportunity to again thank the efforts of the Towns Fund Board members and the council officers that have supported the Keighley Cougars during this development of this exciting project.

“It is teamwork at its best and on a personal level I wish the club well for the future and I look forward to sitting in the new stand, hopefully watching the Cougars playing in the Super League!”

Since returning to the club at the beginning of 2019, the club’s directors have longed campaigned for a new stand to help modernise Cougar Park.

It is a project that has been supported strongly by the town’s MP Robbie Moore after he was elected to seat that same year.

Moore commented on the development: “This is awesome news for our mighty Keighley Cougars.

“I am so pleased that after having met with the club many times since being elected, we have managed to secure funds directly from our Conservative government to help with the building of a new stand at Cougar Park.

“The Cougars are the heart and soul of the town, and I will continue to do all that I can to ensure they are supported in any way possible.”

Keighley Cougars Chairman Mick O’Neill MBE added: “This is a huge moment for the club.

“Sitting at the top of the league unbeaten and now having the support of the government to build the club a new state-of-the-art stand which will not only be of immense benefit to the Cougars, but also to the town of Keighley.

“Our thanks go to the Towns Fund board under the leadership of Ian Hayfield and to Robbie Moore MP, who has worked tirelessly to get this funding for the club.”

The new stand, which will accommodate 2,100 seats, will complete a major part of the clubs ambitions as the O’Neill family look to future proof the club whilst upgrading Cougar Park to meet the minimum standards currently required for the Betfred Super League.

It will also be a community-based facility for the town with the new stand homing various exciting facilities for the people of Keighley.

The main focus will be on the local youths and presenting them with opportunities to aid their development.

Their will be an upgrade on the Heritage Classroom currently housed in the Danny Jones Stand with the addition of a Media Suite to upskill our local youths.

The development will also include a community boxing gym and a community space for dance and fitness classes.

Accessible changing facilities for both schools and local community teams will also be included in the stand, allowing Cougar Park to be used throughout the week and outside of the Rugby League season.

And their will also be office space for the clubs staff and the installation of a new press area and tannoy system for gamedays and community events at Cougar Park.

The club can confirm we will still be operating and playing out of Cougar Park during the 2023 season.

Cougar Park will have temporary facilities for players, staff, and supporters, installed at the ground whilst the work is undertaken.

The first team however will be training at a facility away from the ground during this period.