Luke Gale Joins The Pride For 2023 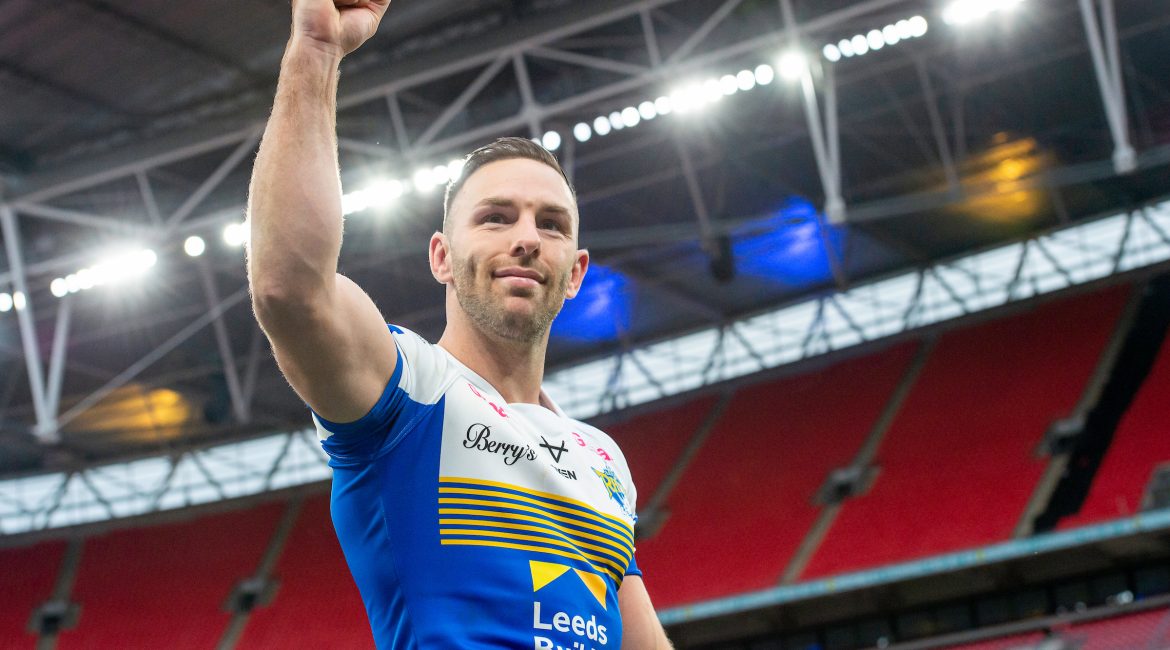 KEIGHLEY Cougars are today delighted to announce the signing of Luke Gale.

The former Man of Steel arrives at Cougar Park on a one-year deal following his departure from Betfred Super League side Hull FC.

Despite being linked with moves to Super League outfits and fellow clubs within the Championship, the ambition and drive of the Cougars following promotion to the second tier helped attract the half-back.

And ahead of joining his teammates for training for the first time, Luke is looking forward to life as a Cougar.

“I feel that this will be a great fit for me,” admitted Gale.

“I want to come here to Keighley and help these lads compete within the Championship and with the squad we have got, we will definitely be pushing at the right end of the table.

“Things have been a bit different for me this season as it is the first team that I have ever gone into a pre-season without a deal at a club.

“I made the decision to train by myself and give myself a couple months out of Rugby League after playing and training for 14 straight seasons.

“I have been training at Driven Athlete with Chris Black and as a result have bumped into Rhys Lovegrove quite often.

“When I’ve spoken to Chris, as I know Blacky quite well, he told me that I would really enjoy myself if I signed for Keighley.

“I’ve met and spoken with Rhys a few times now and he is one of the best young coaches within the game right now and we just clicked straight away.

“And that came of the back of last season which for me wasn’t a good year both personally and from a team point of view.

“But I am in a different stage of my career now and not getting any younger.

“I began my career at this level of the game with Doncaster and feel that I have now come full circle, and I can’t wait to see what the Championship brings this season as there isn’t one standout team and it will be a tough league.”

An England international, Challenge Cup winner, and Man of Steel, during his illustrious career, Luke will bring a whole host of top-level ability and experience to an already talented dressing room.

Produced by the famed Leeds Rhinos academy, it was a loan spell at Doncaster which allowed the half-back to make his name.

Helping the Dons to promotion through the League One play-offs in 2008, his form would also see him win the divisional Young Player of the Year award and earn a move to the London Broncos.

Establishing himself as one of Super League’s up and coming halves, Gale would earn international recognition with the England Knights before making the move back north to sign with the Bradford Bulls.

During his three years at Odsal, he would star for the club as financial issues off the field forced them into administration and eventually relegation out of the Super League.

However, his performances earned a move to the Castleford Tigers where Luke would establish himself as the leading half-back in the competition.

A record-breaking three Albert Goldthorpe Medals and a Man of Steel triumph in 2017 would also earn further international recognition with the England national team.

The 2017 season was a particularly memorable season saw Gale play an integral role in the League Leaders Shield winning side which was topped off with his memorable golden point winning drop goal in the play-off semi-final against St Helens just a fortnight removed from an emergency appendectomy operation.

Heartbreak would follow though at Old Trafford, but he would play every game for England in that autumn’s Rugby League World Cup which ended with defeat to Australia in the final in Melbourne.

Remaining at The Jungle for a further two seasons, the half would depart ahead of 2020 to sign with the Leeds Rhinos.

Despite the pandemic playing havoc with that season, Luke would again step up win it mattered to kick the winning drop goal against the Salford Red Devils in the Challenge Cup Final at Wembley.

After a further year at Headingley, he would sign with Hull FC for the 2022 season where he made 20 appearances before departing over the off-season after the expiration of his contract with the Airlie Birds.

Luke Gale is available for both corporate and supporter sponsorship for the 2023 season, if you would be interested in sponsoring Luke please contact the club via telephone on 01535 606044.