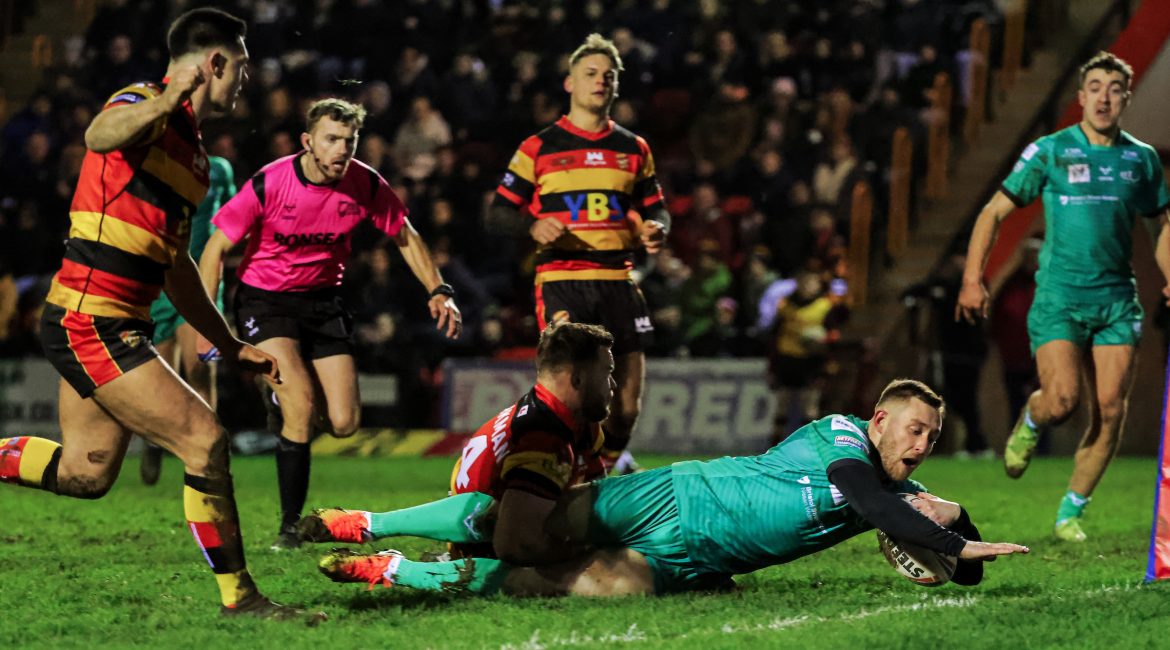 KEIGHLEY Cougars are today pleased to announce the arrival of Lloyd Roby.

The versatile back, who is comfortable in any of the positions across the backline, arrives at Cougar Park on a two-year deal following his departure from fellow Championship club Widnes Vikings.

Coming of the back of a season that was prematurely ended through a serious knee injury, Lloyd is looking to hit the ground running upon his return to fitness and believes the Cougars is the best place to allow him to achieve his ambitions.

“I chose Keighley because after speaking with Andrew and Rhys it was clear on what they wanted to achieve and that matched what I want to achieve,” said Roby.

“But it was also the way that Andrew and Rhys spoke to me about my injury and wanted to give me an opportunity to get back fit and allow me to get back to my best.

“So, my decision was an easy one when it came to signing with Keighley.

“Over the next couple of years, I think the club can achieve a lot of good things and for me on a personal level I want to play my best rugby.

“But I can also improve, and I think under Rhys and his coaching staff, I will be able to achieve that with the Cougars.”

Head of Rugby Andrew Henderson added: “Lloyd is comfortable playing at full-back, in the centres, on the wing, or in the halves, so he will be challenging the players to those positions when he returns to full fitness.

“We felt it was a calculated risk signing Lloyd who unfortunately is recovering currently from an ACL injury.

“He is still a young player at 23 years of age and has been developed in a good system at Widnes.

“Lloyd has already player over 50 first team games at Championship level and was in brilliant form this season for Widnes prior to his injury.

“He has been signed on a two-year deal as we believe Lloyd has a strong future and can progress his career further here at Keighley.

“But there is an option in place to protect us in the unlikely event things don’t go to plan.

“We extend a warm welcome to Lloyd and his partner to Cougar Park and we look forward to him adding value to the playing group.”

Born in Warrington, Lloyd played his junior rugby with both Crosfields and Rylands Sharks before joining the Widnes scholarship programme at the age of 14.

Progressing through the ranks with the Vikings whilst completing a BTEC National Diploma in Sport, he would be thrust into the first team picture at just 18 when he debuted against the Warrington Wolves in the 2017 seasons Challenge Cup.

However, the back would miss the majority of the 2018 season through a serious knee injury as Widnes would be relegated from Super League at the conclusion of that year.

Despite the club dropping into the Championship and going into administration, Roby would return to the field in 2019 and register 14 tries in 23 appearances as he helped his side overturn a twelve-point deduction to avoid a second consecutive relegation.

After the following season was cancelled due to the pandemic, he would have to force his way back into the side and only made 10 appearances in 2021 either side of a loan spell with Oldham.

Signing a new one-year deal for the past season, Lloyd would begin the season a regular once more in the Widnes side as he scored 6 tries in 12 appearances before a serious knee injury would end his season prematurely.

With his contract expiring, the Cheshire outfit would allow the versatile player to leave the club following 23 tries in 52 appearances during his six seasons in the first team set-up.

This prompted Rhys Lovegrove and Andrew Henderson to make their move and convince Roby to make the move and call Keighley his new home for the next two seasons at least.