Kyle Trout To #JoinThePride Until 2023 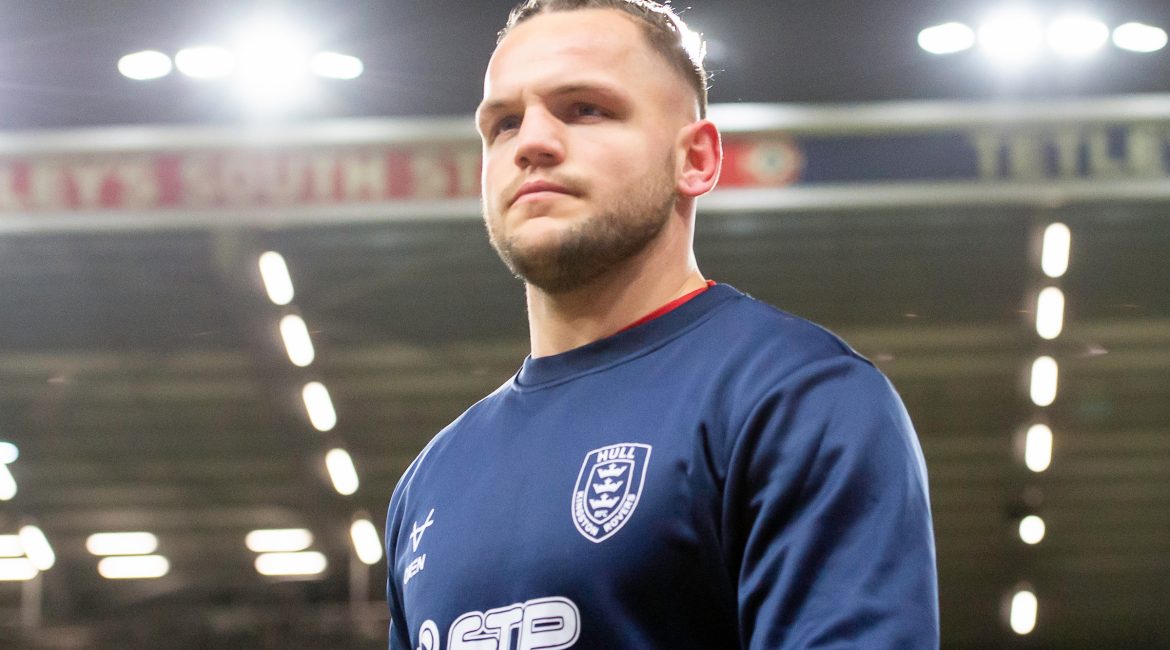 KEIGHLEY Cougars are today delighted to announce the capture of Kyle Trout.

The prop forward arrives at Cougar Park on an 18-month deal until the end of the 2023 season after being released from the remainder of his contract at the Featherstone Rovers earlier this month.

Adding more experience and power to the forward pack here at Keighley, the acquisition of Trout is another deal that Head of Rugby Andrew Henderson is delighted to get over the line ahead of next month’s registration deadline.

“I brought Kyle to Rhys attention recently and after watching and speaking to him, we were we both happy to offer him the opportunity to join us,” said Henderson.

“He is a quality person and talented player who we feel will add value to our group.

“Kyle brings a lot of Championship and Super League experience to us and will provide a point of difference in our forward pack.

“Personally, I am really pleased that Kyle chose to join us as I know for certain that clubs would have been interested in him.

“I would finally like to extend a warm welcome to Kyle and his family to Cougar Park and hope his time with us is a successful one.”

“I know the club has good things and people in place both on and off the field,” added Kyle.

“They are in place for both now and the longer term, and that’s obviously exciting to get to be a part off.

“The squad at the club is strong and full of good players.

“That has shown this year in the results so far, and hopefully I will come in and add to that.

“After speaking with Andrew and Rhys, my mind was made up without worrying about other opportunities or other focuses I have.

“I liked how they came across and I like the direction in which the club is heading.”

Beginning his sporting career as a 6-year-old with Manchester United, he would change sports to Rugby League at the age of 12.

A product of the Stanley Rangers community club, Trout would sign with Wakefield Trinity and would impress as part of their academy title winning side of 2009.

Breaking into the first team at Belle Vue under then coach Richard Agar, he would debut in 2012 against the Bradford Bulls before scoring his first career try at Headingley in a game against Leeds.

Loan and dual registration spells to Doncaster, Batley, Featherstone, Whitehaven, and Hunslet, would all follow during his time with Trinity before he departed the club at the end of the 2015 season.

Two spells at the Dewsbury Rams followed either side of a season at the Sheffield Eagles with his performances at the Tetley’s Stadium earning Kyle a move back to Super League with the Hull Kingston Rovers.

Making sixteen appearances at Craven Park, he would depart the club early into the 2021 season and became an inspiration after admitting he had been playing with autism and through a series of panic attacks.

Returning to Rugby League with a brief spell at the Limoux Grizzlies, where his teammates included his now Cougars teammate Eddy Pettybourne, Trout returned to the UK midway through the last campaign with Newcastle Thunder.

After a brief spell at Kingston Park, he would join Featherstone ahead of this season and made five appearances before falling out of favour.

A loan spell with the Dewsbury Rams would follow for the forward before he departed the Millenium Stadium earlier this month after requesting a release from his contract.

Kyle has been allocated the number 38 jersey for the remainder of the 2022 season and is kindly sponsored by Paul Wilson.