Kyle Kesik To Stay With The Pride 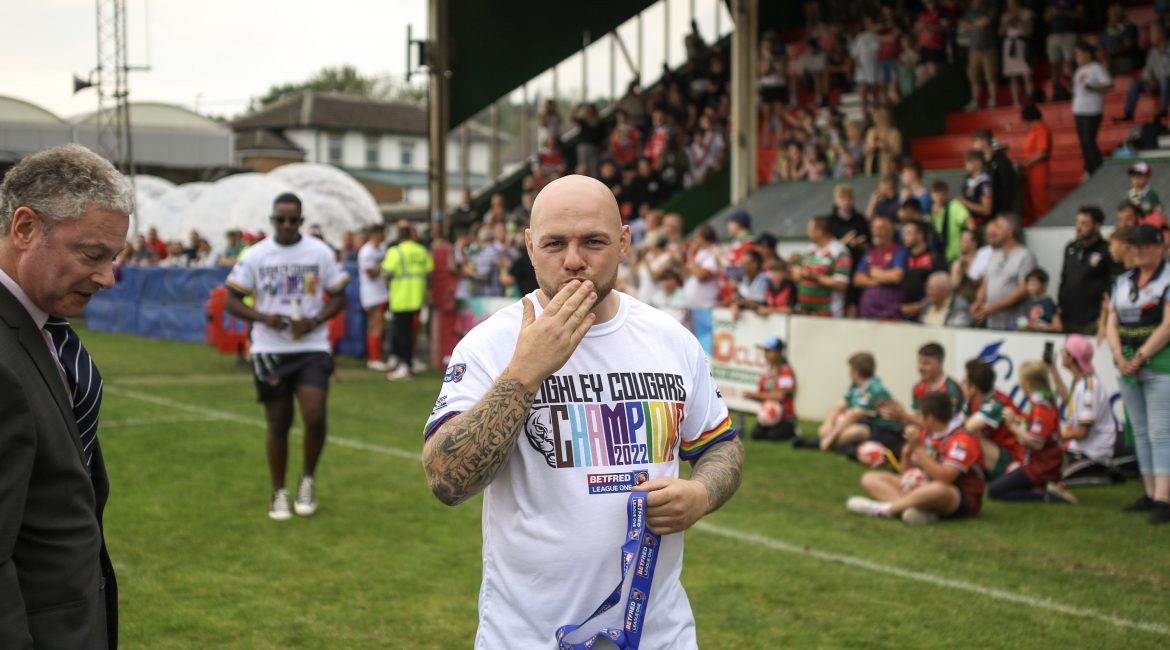 KEIGHLEY Cougars can today announce that Kyle Kesik has signed a new contract with the club.

The versatile forward, who has been with the club for the past three seasons, has penned a one-year deal that will see him remain at Cougar Park until the end of 2023.

A mainstay within the side since joining the club ahead of the covid cancelled 2020 season, the decision to stay a Cougar was a no-brainer for Kyle, helped in part by the support he receives from the Keighley faithful.

“Me and my family really love it here and there is no place I would rather be,” admitted Kesik.

“I am really happy to be staying for another year and I am looking forward to the challenge of playing Championship rugby again.

“We have kept a good core of the team and there is no doubt that Rhys and Hendo will be bringing in some top players to continue improving this club both on and off the field.

“The fans have been awesome all year, to be taking 300 to 400 fans regularly away from home in League 1 is unreal and I hope that number will grow further now we are in the Championship.

“It was great to enjoy winning the league at home and have a few celebratory beers with the fans, but we need you support more than ever next season.

“But for now, I am just looking forward to putting the shirt back on and being out there with the boys.”

Head of Rugby Andrew Henderson added: “We were really pleased to reward Kyle with an opportunity to prolong his stay with the club.

“He has been a key figure during his time with us and was prominent again this season playing a big part in what we achieved.

“Kyle is a tough and honest player who impressed me in how positively he responded to certain aspects of his game that he needed to improve, which is testament to his character and as a leader.

“He has been consistent this season with how he has trained and played, and we will be looking for that again next season.

Joining the club ahead of the 2020 season from Doncaster, a club at which he spent 11 years before departing, Kyle was immediately appointed captain by Head Coach Rhys Lovegrove.

Leading the side through the three games played before the pandemic cut season, he would remain as captain for the 2021 season as the Cougars were defeated in the play-offs by his former club.

However, he scored the famous last-minute equaliser at Workington to take the semi-final into golden point.

This season without the pressures of the armband, ‘Kezzy’ has been a stalwart within in the side whether he played at hooker, loose forward, or occasionally in the front row.

Revitalised within the new look Cougars, he became an integral part of the team that secured promotion with a perfect league season.

These impressive performances prompted the club to act quickly to secure his services for a further twelve months.

And his performances are set to be rewarded this winter, with Kyle handed his first international call-up for Poland ahead of their international with Germany towards the latter stages of the year.