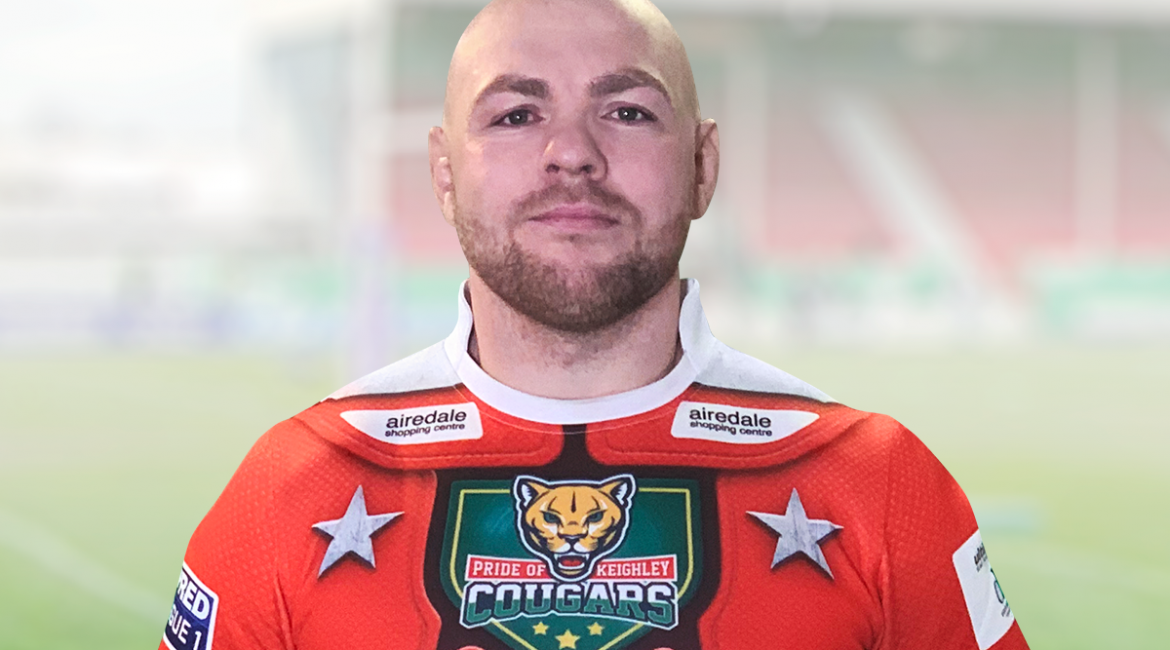 KEIGHLEY Cougars are this afternoon delighted to announce that Kyle Kesik has agreed a new deal with the club.

The hooker, who was appointed as captain following his arrival last year from Doncaster, has put pen to paper on a two-year contract that will keep Kyle at Cougar Park until the end of the 2022 season.

As well as signing a new deal, Kesik will also inherit the number 9 jersey from club legend James ‘Buster’ Feather for the 2021 season, and the Cougars captain is grasping the opportunity to be the club’s first new number 9 since 2006 with both hands.

“I’d like to wish Buster good luck in his new role at the club,” said Kesik.

“I will look after the number 9 jersey for you mate, we’ve had some great battles over the years when I was at Doncaster.

“I look forward to welcoming you back into the side for a few games next year though so you can break the club appearance record. An honour and record which you truly deserve.”

A product of the academy system at the Sheffield Eagles, ‘Kez’ made the move to local rivals Doncaster and would become a club legend for the Keepmoat Stadium side.

During his decade of service to the Dons, five of which as captain, Kesik would go onto make over 250 appearances and was an integral part of their 2012 squad that was promoted to the Championship as League One champions.

In his final year with the club in 2019, he was awarded a testimonial by the Rugby Football League for his service to Doncaster.

However, Head Coach Rhys Lovegrove acted fast following the expiration of Kyle’s contract at the Keepmoat to secure the hookers services at Cougar Park ahead of the 2020 campaign and is thrilled to now retain his captain.

Lovegrove said: “Kyle is a great leader for the group on the field, which is why I appointed him as captain as soon as he arrived last autumn.

“Unfortunately, the lack of games this season as a result of the pandemic hasn’t really given Kez the opportunity to showcase his ability with the ball.

“I’m really looking forward to working with him over the next two years and I know the feeling is mutual from Kez.”

Kesik added: “I am really happy to have signed with the club for another two years.

“I can’t wait to get back into it now for 2021, because of everything that has been going on in the world we didn’t really get started this year so didn’t get to push on and finish what we were starting.

“Lovey and Mick (O’Neill) wanted me to stay and the decision was easy for me because I’ve really enjoyed my time here so far.

“It is a great club, everyone behind the scenes always makes sure we’re being looked after, and I’m happy that they’ve asked to me stay for another two years.

“We’ve built a great environment in the dressing room. We have a good set of lads here and the club has recruited well to allow us to kick on now next year.

“I’m just looking forward now to seeing all the fans, who are I hope are keeping well and safe, and hopefully be back playing so COVID-19 won’t lose me more years of my career!”