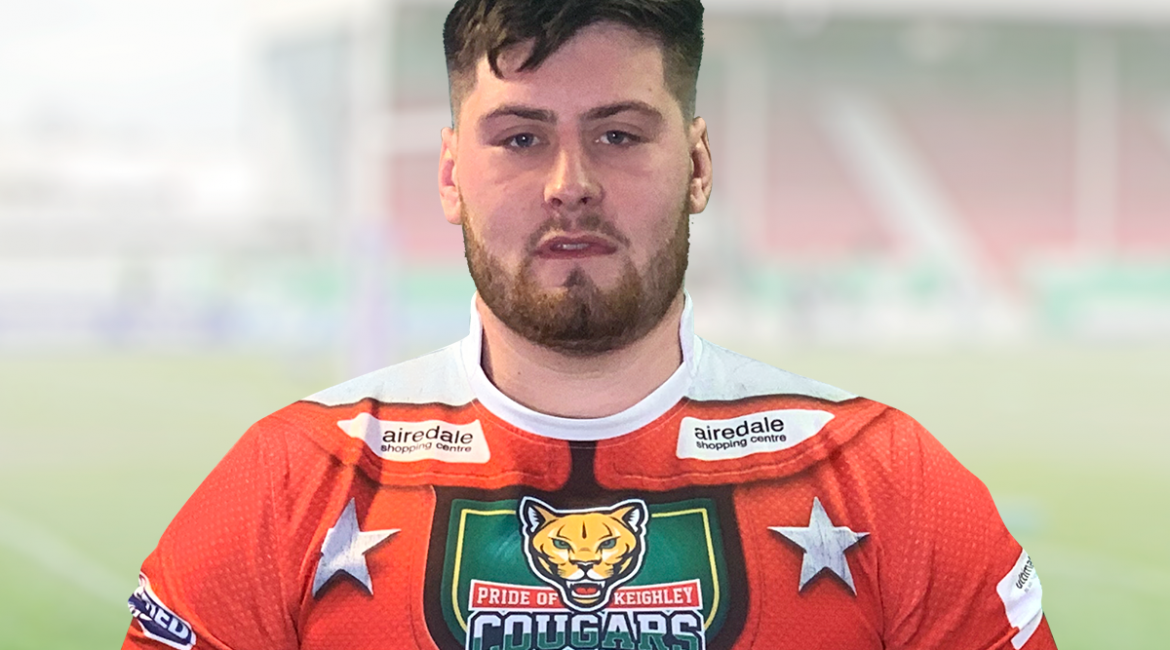 KEIGHLEY Cougars are today pleased to announce that Kieran Moran has signed a new one-year contract with the club.

The Scottish international forward was offered a new deal earlier in the year following the announcement of the club’s retention list and has now put pen to paper to remain at Cougar Park for the 2021 season.

“I’m buzzing to be staying at the Cougars,” said Moran.

“I’m very happy to get the deal finalised with Rhys and Mick and I am now looking forward to showing them, and the fans, what I can do.

“I’m really looking forward to getting back out at Cougar Park, hopefully that will be in front of fans, and playing because it seems like forever since we last actually played.

“We’ve got a great group of boys and staff and Cougar Park is a great place to be around. This will be my fourth year down here now and I wanted to stay.

“The squad is shaping up nicely now and there is going to be plenty of competition for places to play.

“This can only make everyone better and as players we know we have to be on it to get into the matchday 17 every week.

“For myself personally I’m hoping for a big year on the field with it being a World Cup year, as I want to make that Scotland squad next autumn, and playing in a winning and competitive team will hopefully strengthen my case.

“It’s going to be a different without the Hull bus this year, but the Cas bus have adopted me, and it’s been good so far since we returned for pre-season.”

After beginning his career with Hull Kingston Rovers, during which time he made 7 appearances for the Robins in the Super League, Kieran would have brief spells on loan with both the Newcastle Thunder and York City Knights.

During this time, he would earn his first call-up to the Scotland national side, whom he qualifies through his Grandfather, being named in the Bravehearts squads for both the 2016 Four Nations and 2017 Rugby League World Cup.

Following his return from Australia after the World Cup, Moran signed with the Sheffield Eagles ahead of the 2018 season but his stint in South Yorkshire would be brief as he moved on dual registration terms to the Hemel Stags before making the move to Cougar Park following his release from the Eagles.

Making an immediate impact on debut against Oldham, the prop would make a total of 14 appearances over his first 18 months with the Cougars, scoring a single try on the final day of the 2019 campaign against Newcastle.

However, Kieran would not get chance to make a competitive appearance in 2020 because of the Covid-19 epidemic.

Head Coach Rhys Lovegrove said: “I’m really excited to have Kieran back on board.

“He has worked really hard during lockdown to get himself back into the shape that saw him play at the top levels of the game in terms of both Super League and internationally earlier in his career.

“Kieran brings a very high level of skill, and lots of it, to both the team and the group we have put together here for next year and hopefully he will get the chance to show that when we finally return to playing.

“I’m now looking forward to see what Kieran can add to the group moving forward into the 2021 season.”