Kian Fisher To #JoinThePride For 2022 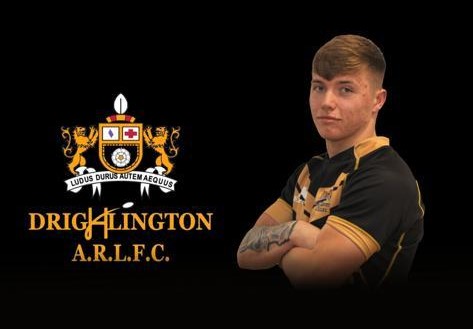 KEIGHLEY Cougars are today happy to announce the signing of Kian Fisher.

The 18-year-old has been rewarded with a one-year contract by the club following a successful trial period in the opening month of pre-season training.

“Kian has adapted and had a great attitude from the start,” said Lovegrove.

“He has a strong desire to learn and progress his game which is rare to see in someone so young.

“He plays the game with a great intensity and really listens and focuses when it comes to training.

“The intensity and desire to learn that he brings to the field is infectious, he always wants to get involved and ask questions in order to further and aid his development as a player.

“He’s often the last out on the field doing extras with some of the other players and I’m delighted he has agreed a deal with the club.”

Joining the Cougars from National Conference League outfit Drighlington, the youngster came to the club highly recommended by his now teammate Scott Murrell.

Coming through the youth teams at the community club, Kian would join the scholarship system at Betfred Super League side Huddersfield Giants.

Spending just a year at the John Smith’s Stadium, the hooker returned to Drighlington and continued to impress.

And these performances caught the eye of Murrell, the Cougars half-back is a coach in the junior ranks at the community club, and he recommended Fisher to Lovegrove and Head of Rugby Andrew Henderson.

Linking up with the club for the start of pre-season, the development shown by Kian over the last month has impressed the hierarchy and as a result he has been awarded with a contract for the 2022 season.