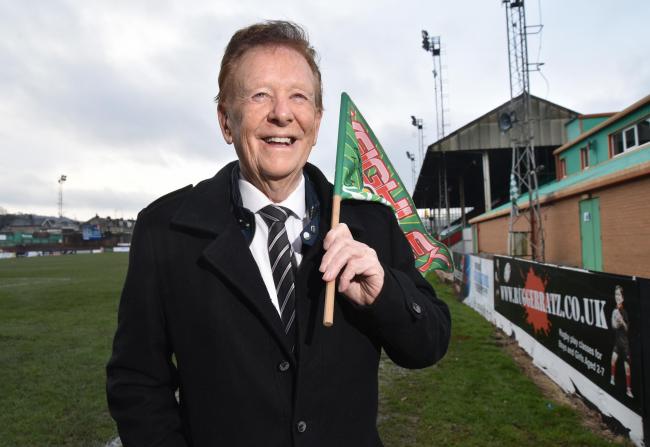 KEIGHLEY Cougars chairman Mick O’Neill insists the club are in a good place financially despite the coronavirus pandemic, and they are hoping to press on with plans for a new sporting complex at Cougar Park soon.

He said Cougars have not had to use any money from the RFL, that the players do not have to worry about pay, and that there will be a continued focus on developing the club on and off the pitch.

“What we’re after too is a sporting complex down here.

“We need to get spectators down here like we once got and who have been missing since (the end of Cougarmania).

“We want to open up the club and look after the women. Give out some free tickets for them to come down, and get working with schools again once we’re back up and running (after the coronavirus pandemic subsides).”

Last week, when O’Neill talked about the heartbreak of Cougars being denied the chance to compete in Super League in the mid-1990s, he criticised those running the sport.

But he has no issues with the Rugby Football League today, saying: “I think the RFL are very modern now and (chief executive) Ralph Rimmer is very obliging.

“They like what we’re doing and last year, they awarded us a cup for our work in supporting things like gay pride.”

The RFL have also landed a £16m emergency bailout loan from the government to help out their clubs, but O’Neill said: “I’m not sure how exactly the RFL bailout is working but we’ve not had to touch that.

“We made a plan for this virus and we’ve made sure the players are getting paid.

“There were regimes where that didn’t happen and we didn’t want the club to make a name for itself like that. It’s not their fault (the players) they’re not playing.”

And O’Neill expects the current squad, and some potential new boys, to do the business for Cougars when the sport returns.

He said: “We’ve got a good team now and we’re already planning for next year.

“There’s no reason why we can’t get up there and if we can get into the Championship, we could have some great battles with the likes of Halifax and Bradford.

“We’ve got to get out of League One first and I’m working day and night with (head coach) Rhys Lovegrove on that.

“It was hard when we first came in last year, as we had the 12-point deduction to deal with, but we know what we’re doing now.

“We lost our first two league games this season but we had six players out. We’ve targeted players to bring us success and we’re working to get into the Championship and grow our youth system.”