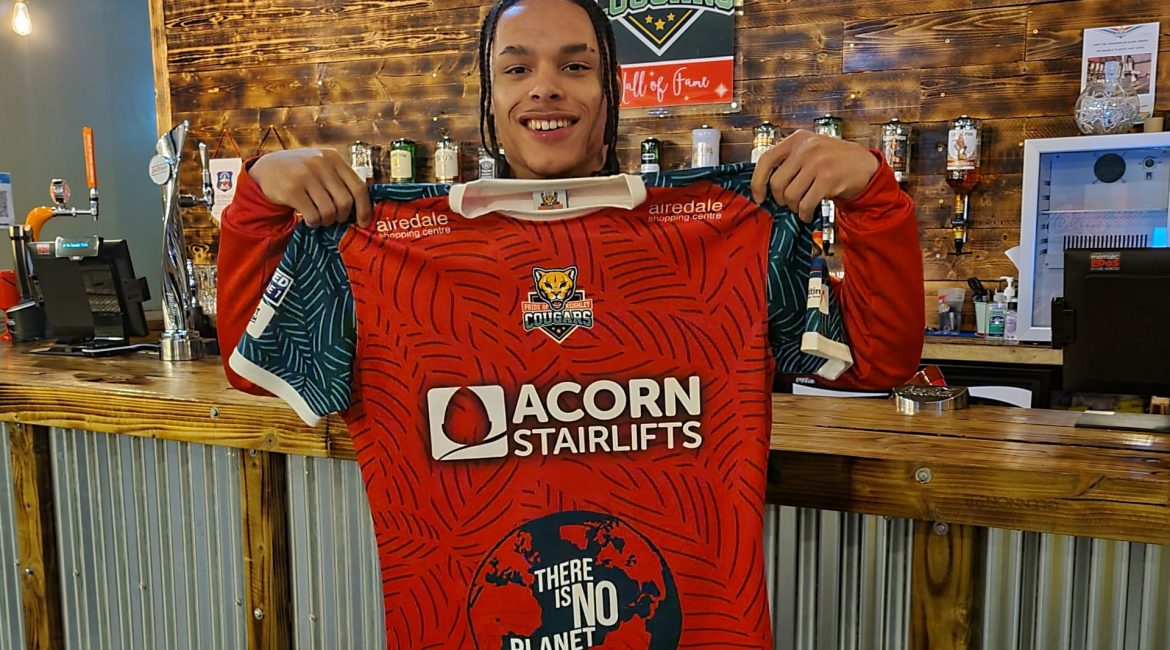 KEIGHLEY Cougars are this morning happy to announce the signing of Keenan Dyer-Dixon.

Keenan, an 18-year-old outside back, joins the club following a successful month’s trial at Cougar Park.

He has now penned a contract for the remainder of the 2022 season with the Cougars.

“We brought Keenan in on trial to give us more depth in the wing department,” said Head of Rugby Andrew Henderson.

“This was mainly due to Robert Matamosi being unavailable for the last couple of months due to his commitments with the armed forces, which may continue given the current situation in Ukraine.

“Keenan grew in confidence during this time with us and he has fitted in well within the group.

“Rhys Lovegrove was happy with the improvement that Keenan reached in a short time and felt it was fair to reward that improvement.

“Keenan is a player with raw potential who has natural speed and acceleration.

“We are excited to see how he continues to develop in our environment here at Keighley.”

Born in Bradford, descending from a Dominican heritage, Dyer-Dixon first came onto the Rugby League scene at the age of 16 with the Huddersfield New College side in the College Leagues.

From there, he was scouted and signed by the Leeds Rhinos for their academy side ahead of the 2020 season.

The pandemic would deny the young winger a chance to don the famous blue and amber, but it would arise come the 2021 season.

Featuring regularly for the Leeds side in last season’s Academy Championship, Dyer-Dixon would play throughout the year in the under-18’s competition before being released by the Headingley club.

With the Cougars on the lookout to add to their wing options, he would be brought in on trial at the start of February and has impressed enough to now earn a permanent deal with the club.

Keenan has been allocated the number 33 jersey and is available for sponsorship.

If you would be interested in sponsoring Keenan, please call the club on 01535 606044 or email lisa@cougarmania.co.uk