Keenan Dyer-Dixon To Stay With The Pride 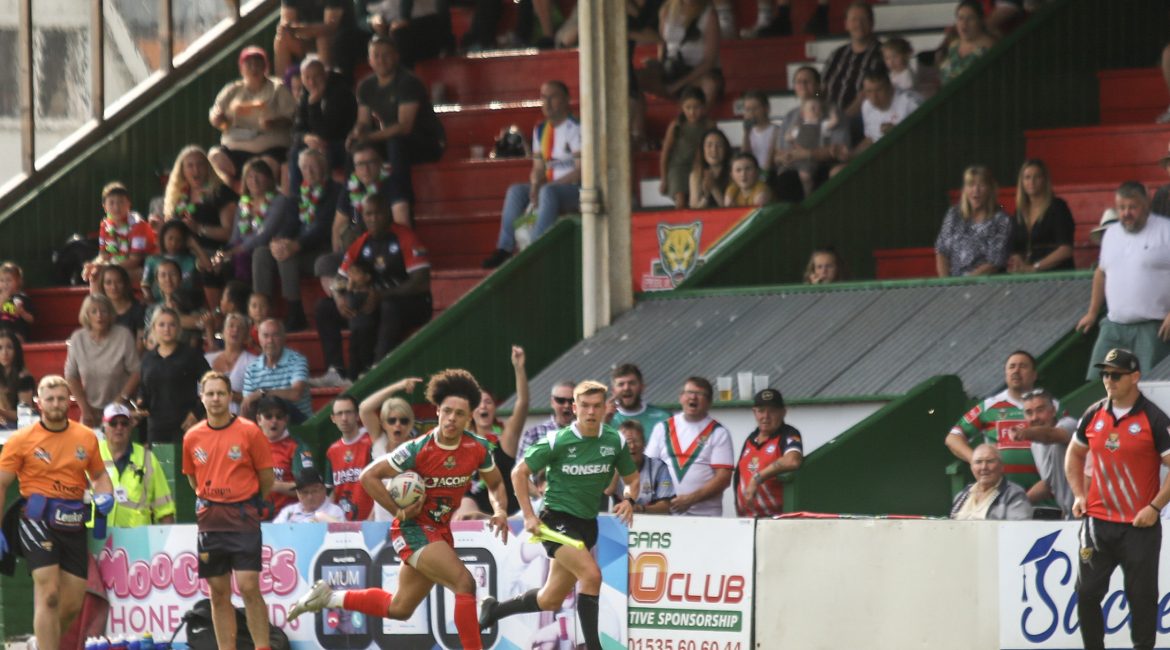 KEIGHLEY Cougars can today announce that Keenan Dyer-Dixon has signed a new deal with the club.

The talented young winger has put pen to paper on a new one-year deal that will keep him at Cougar Park until the end of the 2023 season.

Debuting in our final home game of the season against the North Wales Crusaders, Dyer-Dixon is earmarked as one for the future and Head of Rugby Andrew Henderson is delighted that he will further develop in Keighley colours.

“We are really pleased as a performance team to reward Keenan with a new contract,” said Henderson.

“He came to us last season looking for an opportunity and we were happy to offer him a trial and have a look at him.

“We saw enough in that period to sign him until the end of the season.

“Keenan is still very raw as a player but has some exciting qualities within his game that we look forward to developing further over the next 12 months.

“He acquitted himself well on loan with West Wales and we could see the progress he made over the course of the season training with us and getting that game time.

“It was brilliant to see that he earned the right to play in the team for our final home game of the season and delivered an encouraging performance.

“Keenan is a pleasure to have around our organisation and is a popular member of the group.

“We look forward to developing Keenan further and seeing him progress further.”

Born in Bradford, descending from a Dominican heritage, Dyer-Dixon first came onto the Rugby League scene at the age of 16 with the Huddersfield New College side in the College Leagues.

From there, he was scouted and signed by the Leeds Rhinos for their academy side ahead of the 2020 season.

The pandemic would deny the young winger a chance to don the famous blue and amber, but it would arise come the 2021 season.

Featuring regularly for the Leeds side in last season’s Academy Championship, Dyer-Dixon would play throughout the year in the under-18’s competition before being released by the Headingley club.

With the Cougars on the lookout to add to their wing options, he would be brought in on trial at the start of February and impressed enough to earn a permanent deal with the club in March.

First time opportunities would be limited however as the team got off to a flying start in the competition, and Keenan joined the West Wales Raiders on a season long-loan.

Become a regular within the first team at the Raiders, he impressed on the wing during a spell which saw him part of the West Wales team that defeated Cornwall for only their second ever win as a professional club.

And with injuries and suspensions taking their toll in the latter stages of the season, Dyer-Dixon would be recalled to the Cougars by Head Coach Rhys Lovegrove.

Impressing on debut against the North Wales Crusaders at Cougar Park, Keenan showed his potential and will be looking to kick on and further his development in the Betfred Championship.