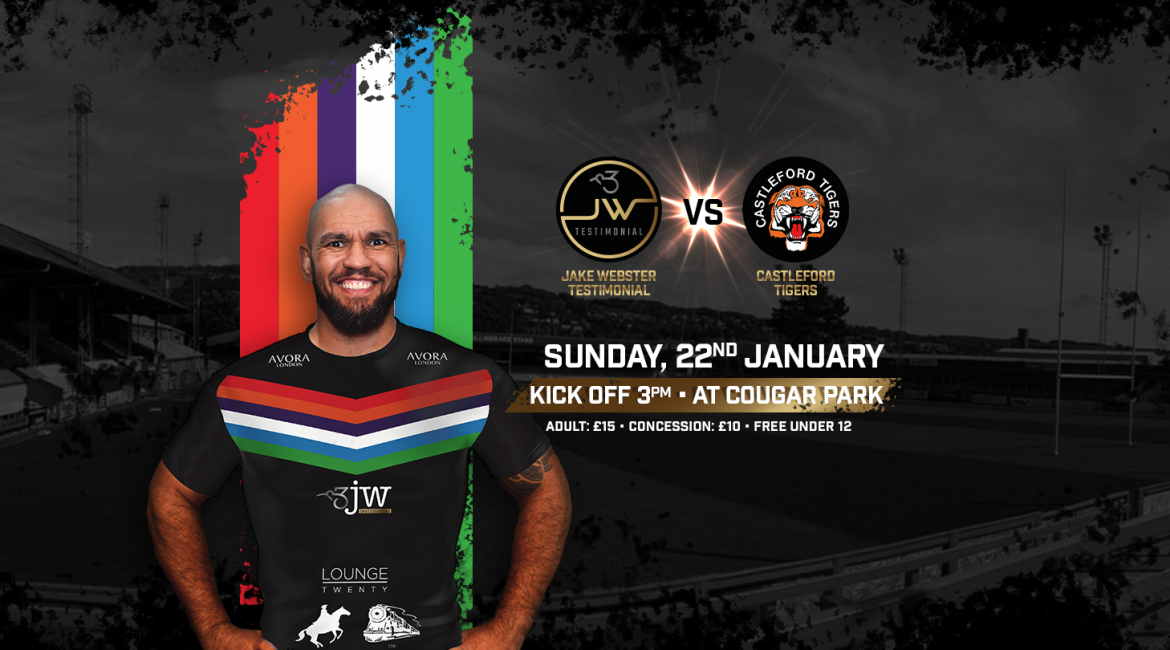 As a part of the fundraising events on Sunday to help raise monies for the Jake Webster Testimonial, there will be a series of auctions and raffles being held throughout the day at Cougar Park.

There are plenty of fantastic prizes and pieces of memorabilia to be bid on and won, so dig deep and bid what you can to help support one of the best blokes in Rugby League on his big day!

The prizes on the raffles and auctions throughout the afternoon are as follows and listed in the areas of the ground where you can make your bids or buy raffle tickets.