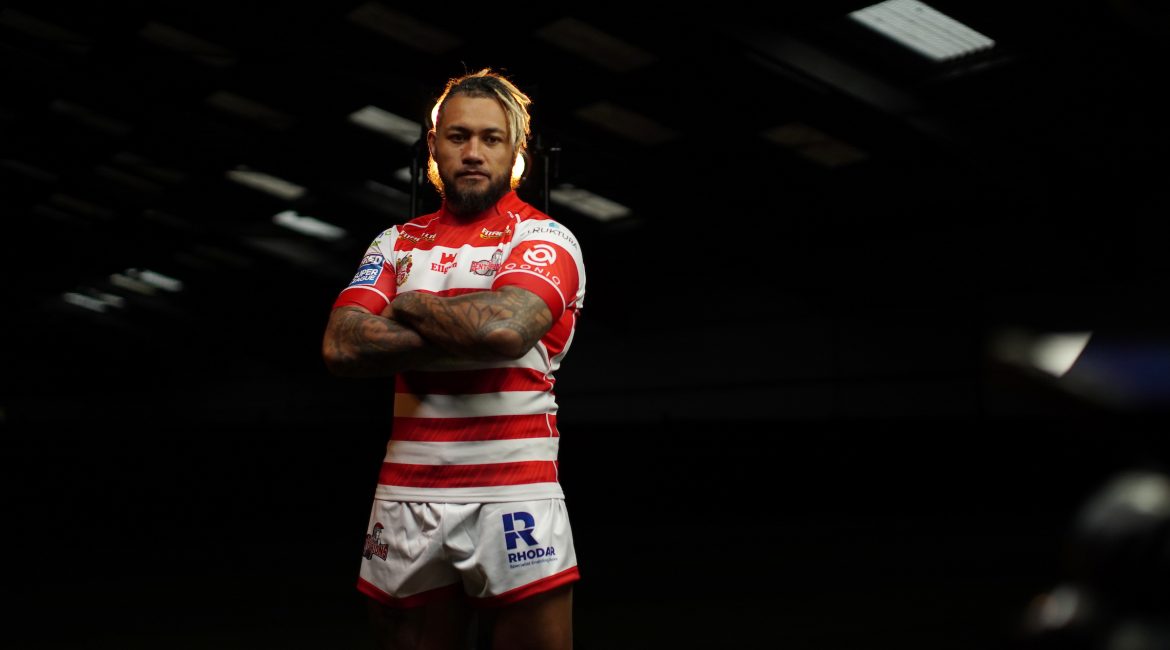 Keighley Cougars are today delighted to announce the signing of Junior Sa’u for the remainder of the 2022 season.

The Samoan international centre arrives at Cougar Park from Old Glory DC following the conclusion of the Major League Rugby Union season at the other side of the Atlantic.

Adding experience, raw power, speed, and more try scoring ability, to the Cougars backline ahead of the second half of the season, it is another recruit that has pleased Head of Rugby Andrew Henderson.

“With Taylor Prell moving on recently, it was important that we moved quickly to secure a quality replacement to give us some extra cover in our outside back department,” admitted Henderson.

“When I found out Junior was available, we moved quickly to give him an opportunity.

“And after speaking to him, he was happy to take it with us.

“Junior is a quality person first and foremost, with the added bonus of being a quality player who has achieved a lot during his career both at club and international level.

“He is still hungry to achieve more, and I am sure his desire, experience, and ability, will add value to our playing group, especially our younger outside backs.

Born in New Zealand, Junior began his Rugby League career with the Logan Brothers club in Queensland before joining the Canberra Raiders.

Playing with the Raiders youth team, he would join the Newcastle Knights ahead of the 2008 season.

He would score 26 tries in 86 appearances over four years with the Knights, earning international recognition.

Originally declaring for New Zealand, Sa’u would score 8 tries in 9 appearances for the Kiwis and was a part of the side that stunned Australia to win the 2010 Four Nations competition.

After leaving Newcastle, he moved onto Melbourne Storm but with gametime limited the decision was made to head to the Super League and sign with the Salford Red Devils.

Before he arrived in the United Kingdom however, Junior would play in the Rugby League World Cup for Samoa after changing his international allegiance.

After finally landing in Salford, he would quickly cement his status as an icon amongst the Red Devils faithful, being voted the club’s player of the year in his debut season.

During 5 and half years at the AJ Bell Stadium, Sa’u would score 60 tries in 142 appearances and was part of the side that sensationally came back from behind to defeat Hull Kingston Rovers in the 2016 Million Pound Game.

Despite the Red Devils progressing under Ian Watson, gametime became limited for the centre and in 2019 he initially moved on loan to Wakefield Trinity before departing Salford permanently to sign with the Leigh Centurions.

Apart of the Leigh team awarded promotion to Super League for the 2021 season, he would be unable to help the Centurions avoid an immediate relegation back to the Championship with 3 tires in 26 appearances.

Junior has been assigned the number 23 jersey for the remainder of the 2022 season.

Junior Sa’u is available for sponsorship for the remainder of the 2022 season. If you would like to sponsor Junior, please ring 01535 606044 or email lisa@cougarmania.co.uk