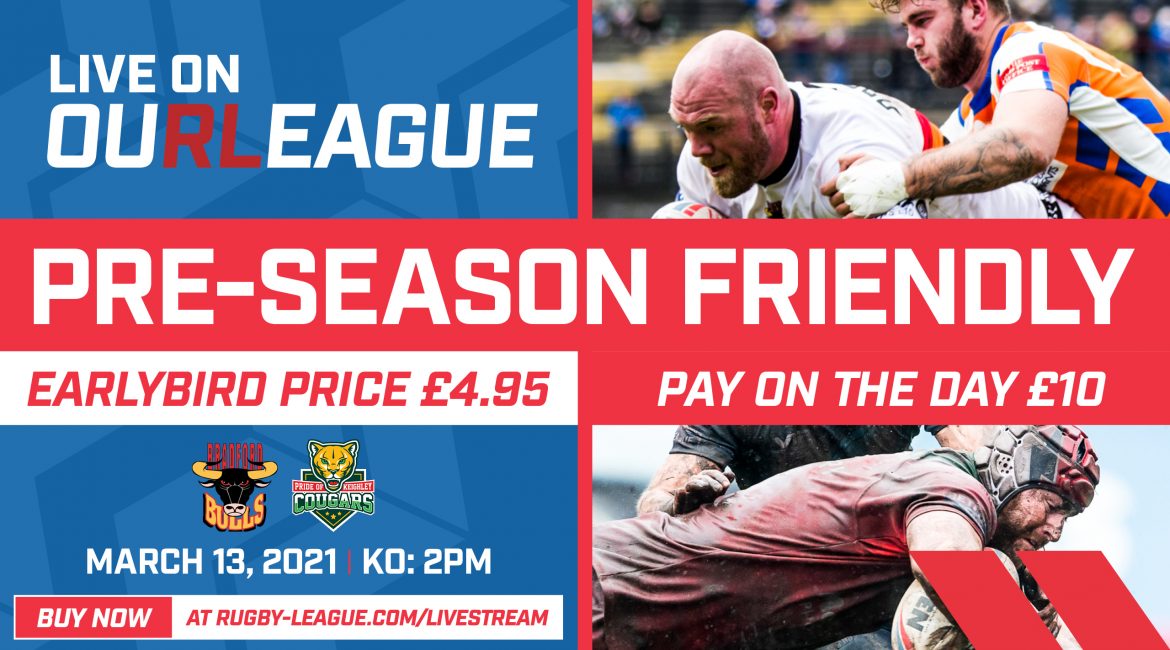 With this being the Cougars first action for 370 days, Lovegrove is keen to give all players within his first team squad game time ahead of the return to competitive action next weekend against the London Broncos in the First Round of this season’s Betfred Challenge Cup.

As a result, Rhys has named all available players in the squad for the trip to Dewsbury’s Tetley’s Stadium.

The 30-man squad includes Jack Arnold, who is free to play for the time in 19 months after the RFL granted him amnesty from the remainder of his suspension as a result of Covid-19, as well as 9 new signings and 3 trialists.

Amongst the new faces and trialists though is a piece of history, as a father and son will line up alongside each other in Cougars colours in the shape of Quentin Laulu-Togaga’e and 17-year-old son Phoenix.

‘PLT’, a full-back by trade similar to his father, comes to club from the academy at Leicester Tigers Rugby Union and is one of the three trialists looking to impress this Saturday afternoon.

Also hoping to make a mark and earn a deal with the club are Keighley Albion product Josh Slingsby, recently released by Wakefield, and a familiar face to Cougars fans in the shape of Aidan Scully.

Scully made a first-team appearance for the club against Workington Town during the 2017 season and remained with the reserves side until the end of the 2018 season when he departed to join NCL outfit Stanningley.

Wellington underwent a successful operation on Sunday and is now at home recuperating, whilst Jake and Spencer are both expected to return to training in the coming weeks.