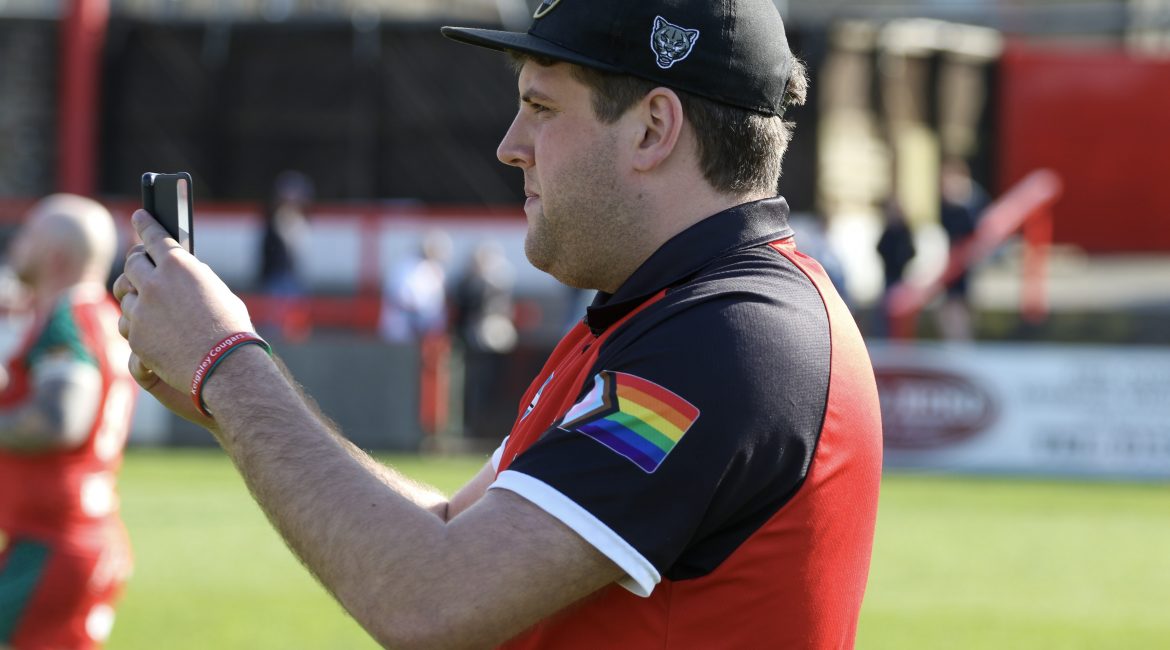 Following 11 years with the Keighley Cougars, our long serving Head of Media & Administration Joshua Chapman will be departing the club ahead of the start of the Betfred Championship season.

Leaving Cougar Park to pursue an exciting new opportunity outside of the professional sporting world, Josh departs with the best wishes and biggest of thank you’s from everyone at the club for his hard work, dedication, and loyalty.

Affectionally known as ‘Chappers’, Josh first arrived at Cougar Park in February 2012 at just 17 years of age on work experience.

From there he would progress with the club alongside his studies to take the position full-time in the 2016 season following his graduation from University.

During his time at Cougar Park, Josh has covered and reported many highs and lows of the club.

Whether that be relegation in 2014, winning the iPro Sport Cup in 2016, the O’Neill family saving the club in 2019, or the 2022 invincibles season, he has been at the heart of all these moments.

Josh also earned rave reviews from his handling of the passing of Danny Jones away at London Skolars in 2015 and showed his loyalty by working three months unpaid during the dark winter of 2018 in which the existence of the club was threatened.

He has also built our social media channels and club website up from scratch whilst overseeing the administrative duties that are required of the club by the Rugby Football League.

And on top of all this, he personally led the partnership between the club and mental health charity It’s Worth Talking About, of which Josh is a facilitator, attendee, ambassador, and spokesman.

Everyone here at the club are sad to see Josh leave but would like to place on record the biggest thank you we can for everything.

In his own words, he may be a boyhood Bradford fan but Keighley will forever have his heart.

You always be welcome at Cougar Park, Chappers.

By Keighley Cougars & The O’Neill Family