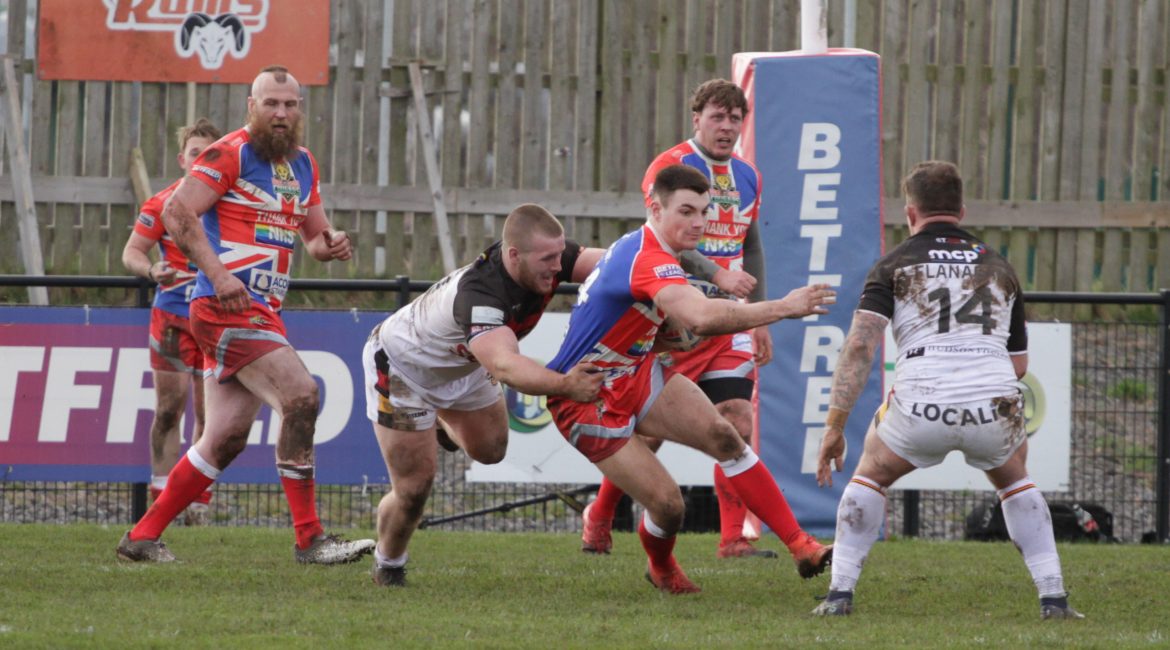 KEIGHLEY Cougars can today announce that Josh Slingsby has signed a deal with the club for the remainder of the 2021 season.

The Keighley-born winger has earned a permanent contract with the club following a successful trial period throughout pre-season after his release from Super League outfit Wakefield Trinity.

After impressing in training, Josh was given a chance to prove himself further in the matchday environment in the Joe Phillips Memorial Trophy defeat to Bradford Bulls earlier this month.

And his spell on the field during that game has done enough to persuade Rhys Lovegrove to hand the youngster a deal for the remainder of the year.

“Josh is a very athletic young man who is eager to learn,” said Lovegrove.

“Since coming to the club on trial he has improved week in and week out and has great pedigree after coming through the systems at Keighley Albion and Wakefield.

“It shows the great work being done by Keighley Albion that players such as Josh, Morgan Robinson, and Bobby Darbyshire, have now come to the Cougars and followed in the footsteps of the likes of Buster, Josh Lynam, and Alfie Seeley, by deciding that their hometown club is the right step for their careers.

“As Head Coach, I am really excited about continuing the process now of bringing through, and continuing to develop, this local young talent and bringing them back into the town with the Cougars.

“We want to have a core of young local lads in our system at Cougar Park, and the signing of Josh is the latest part of the next group of players that will help us achieve that goal.”

Born and raised in the town, Josh began his Rugby League career as a junior with Keighley Albion.

Coming through the Albion youth system, the young winger caught the eye of the academy and scholarship systems within the professional game and was one of three Albion youngsters, along with Nico Devittoris and current Cougars teammate Bobby Darbyshire, to be picked up by Wakefield Trinity ahead of the 2019 season.

Featuring throughout 2019 for both the Trinity academy and reserves sides, Slingsby was a regular for both sides and looked to continue his progression in 2020.

But unfortunately, the Covid-19 pandemic would force the abandonment of the academy league and then the cancellation of the reserves division by the Rugby Football League.

This left Wakefield with no choice but to release Josh from Belle Vue and saw the Cougars bring the young back in on trial for pre-season.

Josh Slingsby has been allocated the number 34 jersey and is still available to sponsor for the upcoming 2021 Betfred League One season.

For more information, or to sponsor Josh, please contact the Cougars marketing department by calling Hazel Stevens via the club on 01535 606044, via mobile on 07895 730251, or alternatively via email at info@cougarmania.co.uk