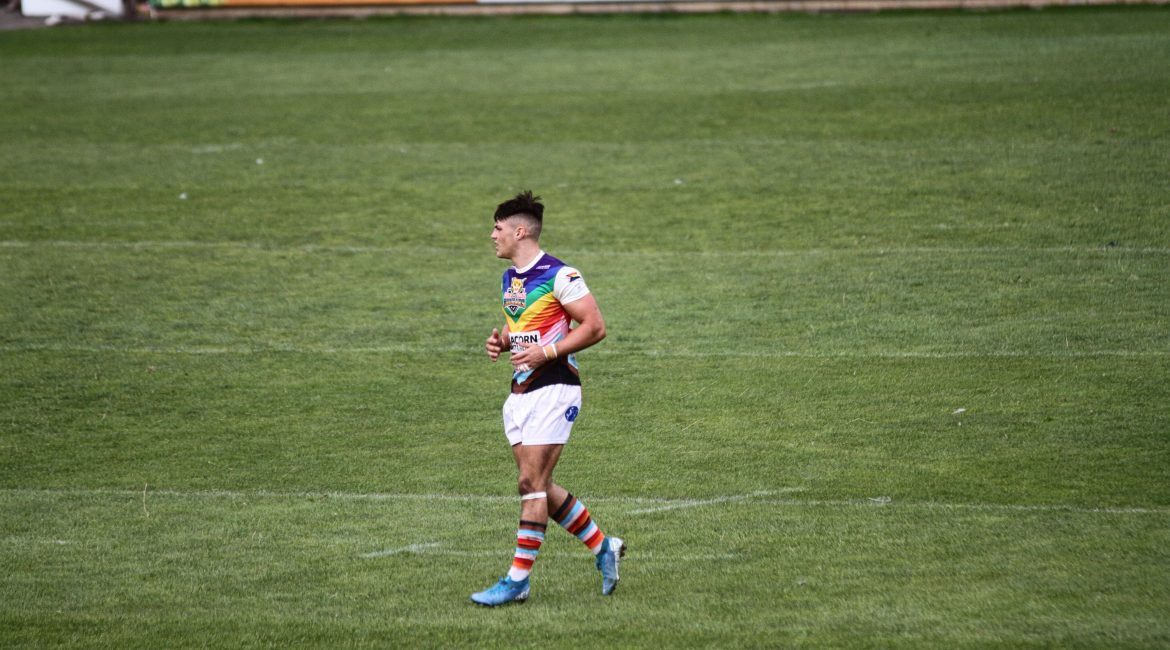 KEIGHLEY Cougars are this evening delighted to announce that Josh Slingsby has signed a new one-year deal with the club.

This deal sees the Keighley Albion product commit his future to the Cougars until the end of the 2022 season.

The promising young winger arrived at the club following a successful trial after his release from Wakefield Trinity and has cemented himself as a regular figure in the first-team squad with 10 appearances and 7 tries to date so far this year.

And with a bright future in the game ahead of him, Head Coach Rhys Lovegrove is delighted to retain Slingsby’s services.

“Josh is a pleasure to have around the club,” admitted Lovegrove.

“He loves learning and looks to improve and develop his game every single day and both shows and brings energy around the group.

“The retention of Josh continues the development of the plan that I’m putting in place to give local talent the opportunity to progress and play for the Keighley Cougars.”

Coming through the youth system at local community club Keighley Albion, the winger was picked up aged 16 by Betfred Super League side Wakefield Trinity.

Despite not breaking into the first team set-up, he was a regular for both the reserves and academy sides whilst at Belle Vue.

The Covid-19 pandemic though saw the RFL make the decision to cancel the Reserves Championship competition and as a result, Josh was released by Trinity.

However, both him and Bobby Darbyshire would join the Cougars for pre-season on a trial basis and impressed Lovegrove enough to earn permanent deals with the club.

Earning a reputation amongst the coaches and players as a player eager to learn and develop, his hard work was rewarded with a professional debut in May’s 40-0 home victory over Hunslet.

His first two professional tries followed the week after in an away defeat at Workington, and Slingsby continued to feature throughout the year and impressed enough to earn his new contract.

Speaking of his new deal, Josh said: “I am buzzing to be signing a new deal with the club.

“The progress I’ve made just from being here at Keighley has been unreal.

“I can’t wait now for next season and the challenges that it will bring.”

🧠 Ahead of our #MentalHealthAwareness game tomo

🏟Make sure to write these dates in your calenda

🏉 UP NEXT | The big games keep on coming as sec