Josh Lynam To Stay With The Pride 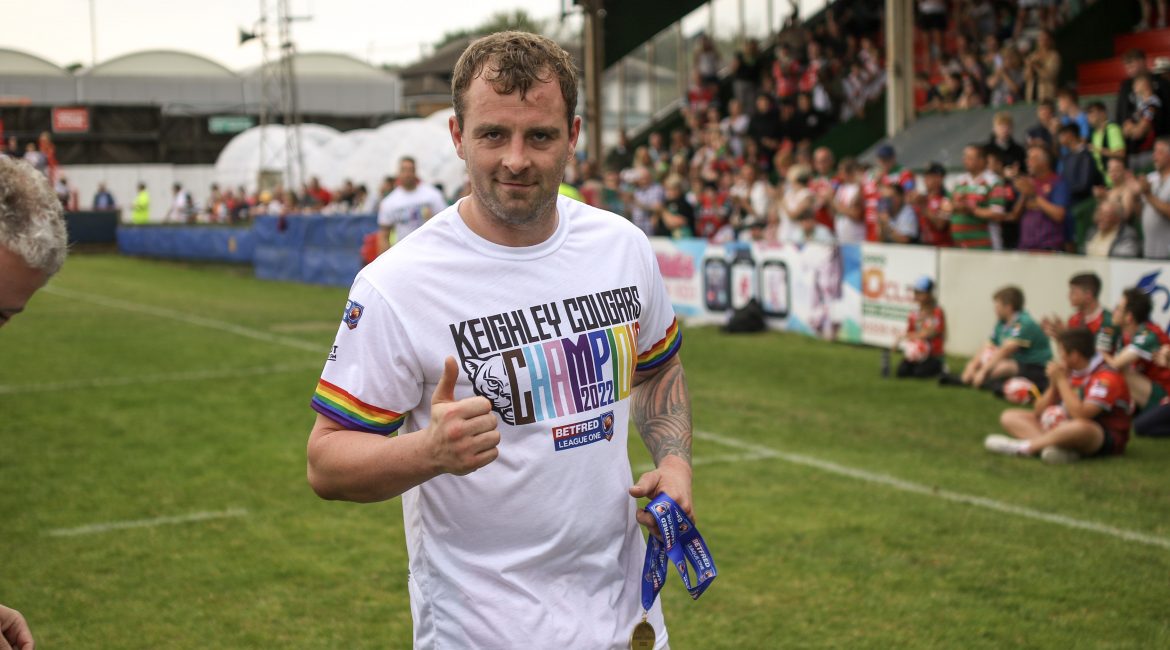 KEIGHLEY Cougars can today announce that Josh Lynam has signed a new contract with the club.

Now the clubs longest serving player following the retirement of James Feather, Josh has penned a one-year deal until the end of the 2023 season.

This means the back rower will head into a 14th season with the club having debuted for the first team a decade ago.

Speaking of the decision to retain Lynam, Head of Rugby Andrew Henderson said: “Josh is a great character to have around the club.

“He is an honest local lad who loves playing for his hometown club.

“His game time was limited this season due to injury but the games he did play in he certainly didn’t let himself or the team down.

“Josh is a tough, effort-based player and you need those guys in your squad who you trust and can rely on.

“Josh will add experience from playing in the Championship previously with Keighley and will add competition for places within the 2023 squad.”

“I’m made up to be going round again and into my fourteenth season with the club,” admitted Lynam.

“To play a part and make history in what we achieved last season meant the world to me as I know it did to the rest of the lads and town.

“It was frustrating at times last season having to sit on the sidelines, but I know I still have a lot to offer personally.

“I have the experience of playing the Championship for this club and I can use that experience to help the boys who are making the step up for the first time.

“This year was a phenomenal achievement for us all but we have got to continue moving forward and I am looking forward to the challenges that await me and the boys at a higher level.”

This also means that Josh will now be entering into his 14th season as a member of the Cougars first-team, after signing his first deal with the club at just 16 years old back in 2010 on the back of a breakthrough year in the reserves grade.

In the nine seasons that have followed his debut, Lynam has gone onto make 134 appearances, scoring 39 tries, and was member of the side that lifted the 2016 iPro Sport Cup in Blackpool.

The Rugby Football League would also recognise his loyalty to the club in 2018, by awarding ‘Lyny’ a testimonial year, which concluded in November 2021 after an 18-month postponement caused by the Covid-19 pandemic.

Despite a neck injury derailing both his testimonial year and 2019 season, Josh has since worked hard to force his way back into the first team under Rhys Lovegrove.

And both player and coach were happy to see that continued development as we headed through the 2021 season and into the 2022 campaign.

A serious knee injury sustained in pre-season derailed the first half of the season for Lynam as he would not make an appearance until June’s victory away at Cornwall.

He would remain patient and be rewarded with appearances in the clubs final two games of the season as well as a winners medal for playing his part in getting the club dearest to his heart back into the second tier.

Josh has been kindly sponsored for the 2023 season by Quarter Mill Investments Ltd.