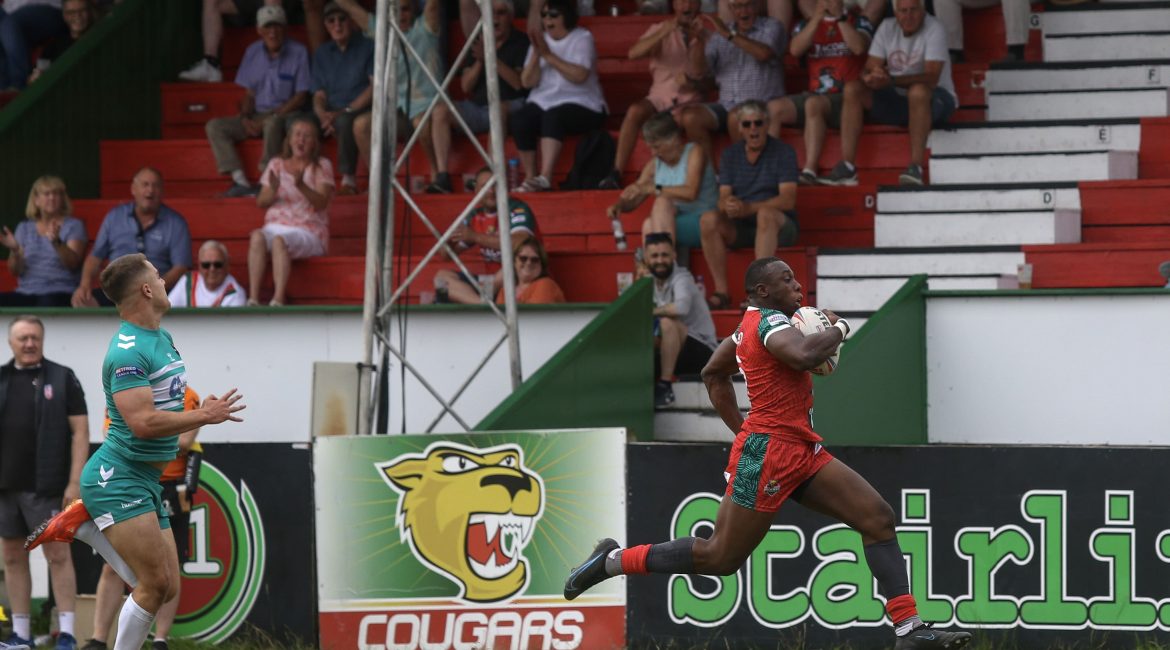 The Reggae Warriors will be making their debut appearance in the tournament and will face New Zealand, Lebanon, and Ireland, in the group stages.

Mo, a regular for his country who helped them qualify for the tournament, scored 28 tries in a superb individual season that also saw the winger nominated for the Betfred League 1 Player of the Year award.

Joining the club for this past year on a season-long loan from the Bradford Bulls, Bradley made seven appearances in the Cougars promotion and title winning season before returning to Odsal upon its conclusion.

There also familiar faces for Keighley supporters in the shape of Jy-Mel Coleman and Ross Peltier.

Jy-Mel was a member of the 2011 promotion winning side and spent time with the club this past year on trial with the first team as well as coaching with the club’s England Talent Pathway set-up.

Plying his trade for four season at Cougar Park, Peltier departed in 2017 for hometown club Bradford Bulls and spent the majority of the 2022 campaign on loan at Hunslet from the Dewsbury Rams.

Keighley Cougars Head Coach Rhys Lovegrove will also be involved in the Jamaica set-up as a member of their coaching staff for the tournament.