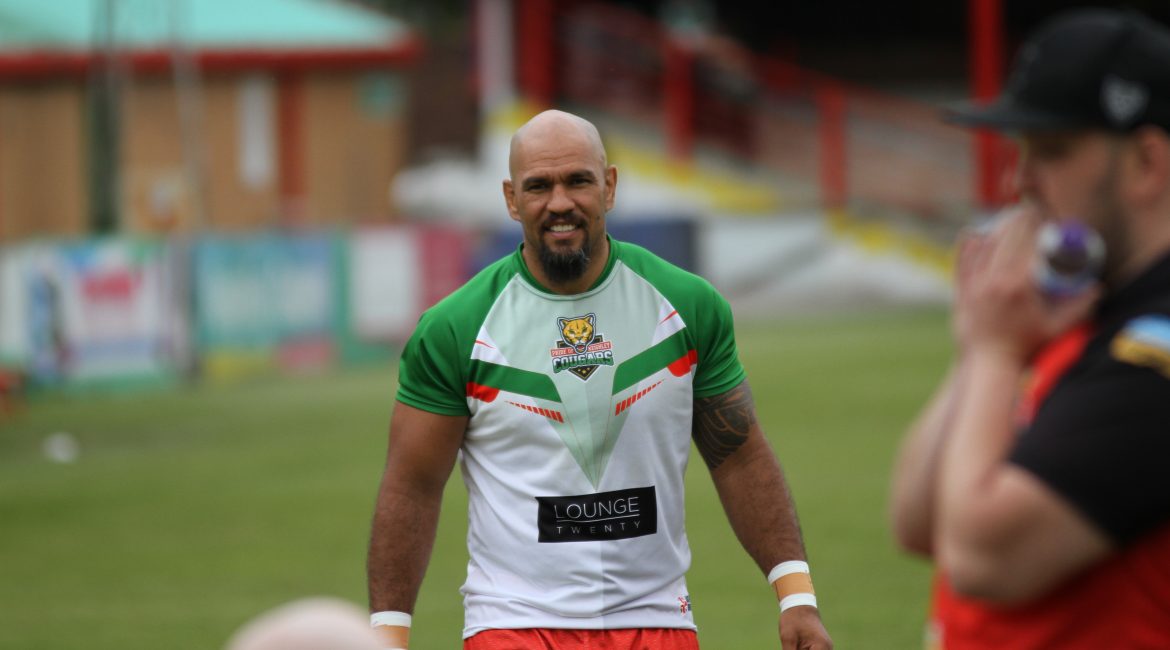 JAKE Webster has today been awarded a 12-month testimonial by the Rugby Football League to reward his services to the sport.

Webster, who began his career in Australia before moving to the United Kingdom in late 2007, has been granted his testimonial by the sport’s governing body as a reward for his efforts within the game both on and off the field in the last two decades.

The executive board of the RFL have granted the 12-month period on the grounds of Jake’s service to the sport at Rugby League in both hemispheres after making just short of 350 senior career appearances as well as his community work for a number of the clubs he has played for, including the Cougars.

Speaking of the decision to grant his testimonial, Webster said: “I am delighted to be awarded a testimonial for the next twelve months.

“I would like to thank Keighley as a club for helping me with my application and the RFL’s executive board for granting my testimonial.

“Personally, I have given my entire adult life to the sport of Rugby League whilst trying to give something back to the respective communities I have represented throughout my career.

“To represent the six clubs I have, and my country in New Zealand, has made me immensely pride and the support I received from the differing fanbases has meant the world to me, and I hope they will support me once more over the next year.

“The support of my family and loved ones throughout the past twenty-two years since I first signed professionally with Melbourne can also not be underestimated as they also have had to give up a lot to help me achieve my goals and ambitions.

“I have a number of exciting events planned and I’m now looking forward to my launch event and shirt launch which will hopefully be in March.

“I’ve made no secret that the upcoming season will probably be my last as a player and I’m looking to go out on a high with both my testimonial and getting Keighley promoted to the Championship.”

Signing his first professional contract in 2000 with the Melbourne Storm, Jake would go on and make his debut for the club during the 2003 season before moving onto the Gold Coast Titans ahead of their inaugural NRL campaign in 2007.

During his early career, he would also break into the New Zealand squad and play a pivotal role in the side that would defeat both Great Britain and Australia to win the 2005 Tri-Nations series.

After a single season with the Titans, the centre would make the decision to move to this country and sign with the Hull Kingston Rovers.

Five years at Craven Park would be followed by a move to Castleford Tigers, where Webster would spend six further seasons at The Jungle.

Becoming a firm fans favourite and club icons at both clubs, he would be a key member of teams held in high regard at both the Super League clubs.

Jake was a part of the Rovers squad that finished 4th in 2009 under Justin Morgan before his time at Castleford saw the centre play a pivotal role in both the Tigers Challenge Cup final squad of 2014 and Super League Leaders Shield winning team of 2017, unfortunately both these outfits would fall at the final hurdle to the Leeds Rhinos.

As he headed towards the backend of his career, and following the birth of his first son, he made the decision to transition into the part-time game and join the Bradford Bulls.

Spending a season at Odsal, Webster scored a try in the Bulls famous Challenge Cup victory over the Leeds Rhinos in 2019 before eventually arriving at Cougar Park.

Despite the Covid-19 pandemic and injury restricting his game time on the field, the value of him off the pitch has proved crucial to the club as he has led a number of projects for the club in his guise as ‘Captain Cougar’ in the local community.

Work included involve schools projects with the Cougarmania Foundation, assisting with holiday camps at Cougar Park, and a project with children in care that is run in conjunction with West Yorkshire Police.

This follows similar roles at previous club with the former New Zealand regularly fundraising for a local hospice whilst with Castleford and partaking in numerous projects whilst at his first English club, Hull KR.

Going into the 2022 season and his testimonial year, Jake has to date made a total of 346 career appearances for six clubs and New Zealand since making his professional debut.

The start date for the 12-month period granted will be in either late March or early April, with details when confirmed to be announced on both the Keighley Cougars and Jake Webster Testimonial social media channels.

Sponsorship opportunities are available for both Jake’s testimonial kit, brochure, and events.

If you would be interested, then please email jw3testimonial@gmail.com for further information.