Jake Webster To Stay With The Pride 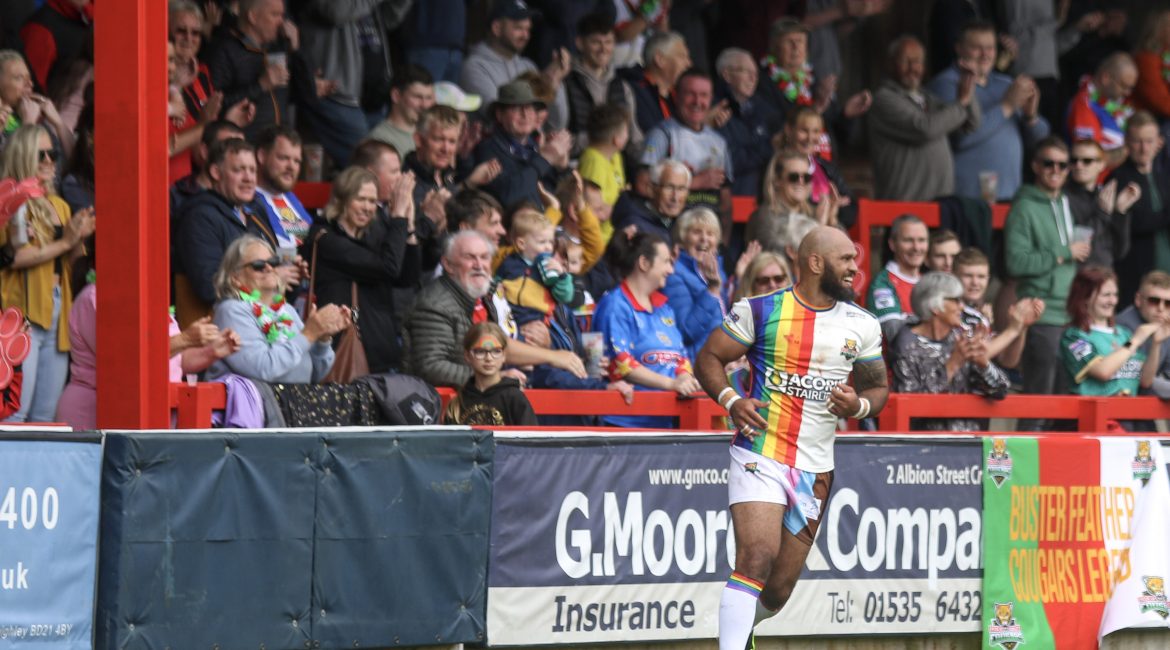 KEIGHLEY Cougars can today announce that Jake Webster has signed a new deal with the club.

Appointed as Commercial Executive last week off the field, Jake has agreed a contract that will see him remain a member of the playing squad whilst also beginning the transition to coaching during the 2023 season.

This means that the former New Zealand international will also serves as one of Rhys Lovegrove’s coaching staff for the next campaign.

And whilst taking on these various different roles within the club will provide its challenges, the centre is very much looking forward to the next chapter.

Even being inspired by a retiring club legend.

“I am really pleased and excited to stay with the club,” admitted Webster.

“To be taking on a different capacity with the coaching and commercial aspects of the club is a new challenge that I’m looking forward too.

“When I first came to the club, James ‘Buster’ Feather was a part of the coaching team whilst also pulling on the boots when called upon and with the year he had in 2022 it was inspiring to me.

“I will still be in a condition to play if required too by Rhys, who is someone that I have learnt a lot from.

“To continue to learn from Rhys on the other side of the fence with his skillset is something I am looking forward too immensely going into next year.

“It will aid my development as well as adapting my own skillset in a coaching role.

“Now is an exciting time to be involved with the club and I’m sure I like everyone else is looking forward to the 2023 season.”

Since joining the club ahead of the 2020 campaign from local rivals Bradford Bulls, Jake has established himself as a popular character both on and off the field at Cougar Park.

Working behind the scenes with various departments including media, marketing, and the foundation, the former New Zealand international has become a familiar face within the town.

Whether he is meeting with sponsors, partaking in PR and photo ops around Keighley, or working with young fans and children in schools, Webster has embraced the culture of both the club and the town with open arms.

From a rugby standpoint, his experience and leadership both on the field and in the changing rooms has made him a favourite amongst teammates and supporters.

After the Covid-19 cancelled 2020 season, in which he made two appearances before the pandemic despite having broken ribs, the veteran became a regular as the Cougars nearly claimed promotion this past year.

Playing in both the centres and the back row at various points during the season, Jake made 13 appearances either side of a two-month injury lay-off midway through the year and scored 8 tries including a brace in September’s dramatic away victory against Doncaster.

Now midway through his testimonial year for his services to the sport, he heads into the 24th season of his professional career on the back of a late career resurgence.

Scoring 8 tries in 12 appearances either side of a spell on the sidelines with a leg injury, his experience and leadership down the right edge from the centres or the backrow saw Webster by his own admission have a successful year as the club earned promotion as invincibles.

And ‘Captain Cougar’ as he is affectionally known will be looking for another successful year as he looks to hang up the boots in style ahead of a full time move into coaching after the next campaign.