Jack’s The Lad For Lovegrove 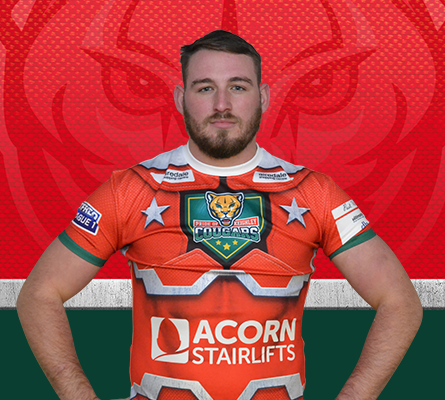 KEIGHLEY Cougars are today delighted to announce that Jack Arnold has signed a contract extension.

Since returning from an enforced absence of 19 months in the Joe Phillips Memorial Trophy defeat to the Bradford Bulls last month, Arnold has been a standout performer in both the Cougars game so far this year.

And Head Coach Rhys Lovegrove is ecstatic to secure the immediate future of one of his promising young talents.

“Since coming to the club in 2019, Jack has really understood the systems and processes I have implemented at the club,” said Lovegrove.

“Jack is a talented human being who has adapted to the way we play, and it is a reward for his patience when he was side-lined through suspension and then the pandemic.

“He has really improved every season since he came to the club and I am really excited to see what the future holds for Jack.”

Joining the club from amateur outfit Upton following a successful trial prior to the start of the 2019 season, the forward debuted in an early season victory against Coventry Bears and cemented a regular spot in the side under first Craig Lingard, and then Lovegrove.

Earning a reputation as a crowd favourite with his no-nonsense and aggressive style of play, Arnold would make 12 appearances before having his season prematurely ended through suspension.

Harshly punished by the disciplinary panel, Jack could have felt his luck was out further when just as his suspension was coming to an end, the Covid-19 epidemic would cause the 2020 season to be cancelled.

However, the prop would bide his time and continue to learn his trade and keep his fitness through both personal and team training and would be cleared to play in 2021 after the RFL awarded him amnesty from the remainder of his suspension.

And Jack would make up for lost time in style by offering his side a much needed lift of the interchanges bench in hard hitting performances against the Bulls, and then the London Broncos in the Betfred Challenge Cup.