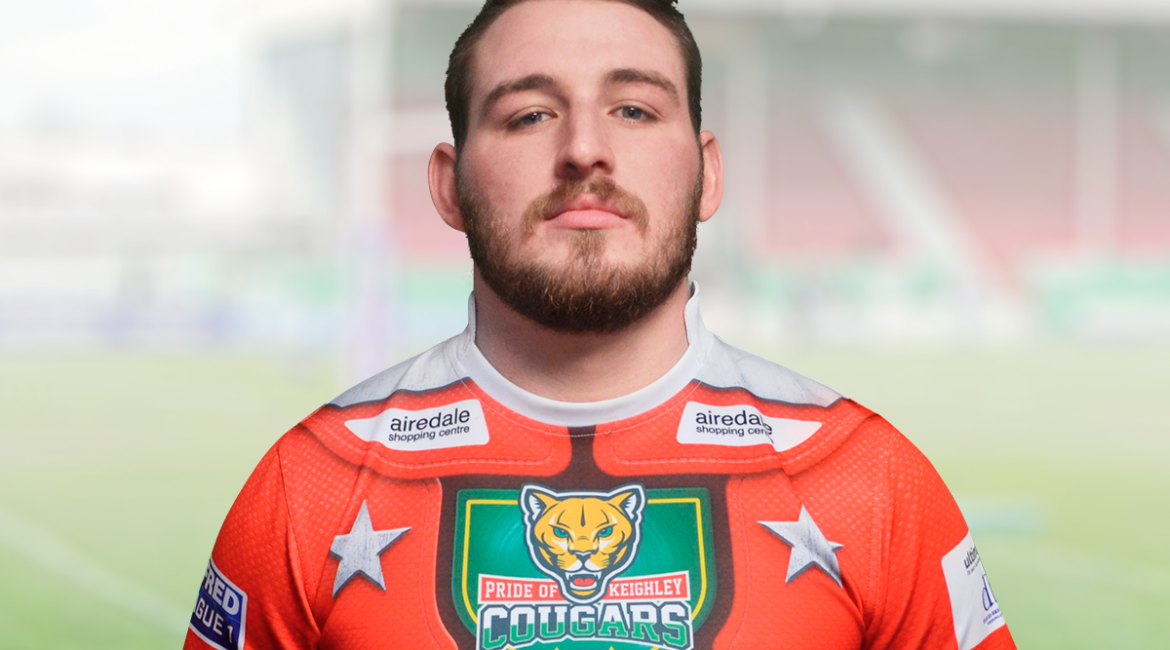 KEIGHLEY Cougars are happy this afternoon to announce that Jack Arnold has signed a new deal with the club.

Arnold, who missed the start of 2020 prior to the season’s cancellation through suspension, has agreed a 12-month extension to his current deal that will see him stay at Cougar Park until the end of 2021.

And Jack will be going into the new season with newfound determination, and a point to prove, with the remainder of his suspension set to be given an amnesty by the Rugby Football League.

The prop joined the club ahead of the 2019 season from amateur outfit Upton after impressing the coaching staff whilst on trial during pre-season training.

From there, Arnold was given his professional debut in a home victory over the Coventry Bears with his aggressive style, and no-nonsense attitude, seeing the young forward become a regular in the side and a favourite amongst the fans.

After making nine appearances in the side during 2019, his season was brought to a premature end following a suspension being handed to him after the ill-tempered defeat at home to Hunslet late on in the season.

The COVID-19 epidemic would unfortunately cancel the 2020 season before the end of Jack’s suspension, but both he and Head Coach Rhys Lovegrove are both looking forward to his long-awaited return to action in the 2021 season.

Lovegrove said: “Jack is a big middle who plays his footy in a very direct and aggressive style.

“He has lots of potential and we’re extremely hopeful as a coaching group that we can get Jack to channel that potential and develop into one of the best forwards in this competition.

“If we can achieve that, and get Jack to both control and harness his aggression, then he will focus on the correct aspects of the game and develop into a top forward.”

Arnold added: “After missing out last year, I’m very grateful to both Rhys and the club to offer me the opportunity to prove myself.

“After being on the sidelines for over a year, I intend to make a massive impact when I get back onto the field.

“I’m looking forward to working with the new lads that are coming into the club and to be playing alongside them in 2021.

“I can’t wait to get back down to Cougar Park and back to that gameday atmosphere the fans generate. That noise will be even sweeter than ever after everything that has gone on this year with the pandemic.

“I’ve got a lot to prove. I read and heard what was said about me after what happened last year, and I fully intend to take this opportunity with both hands to prove the doubters wrong and silence them for good.”