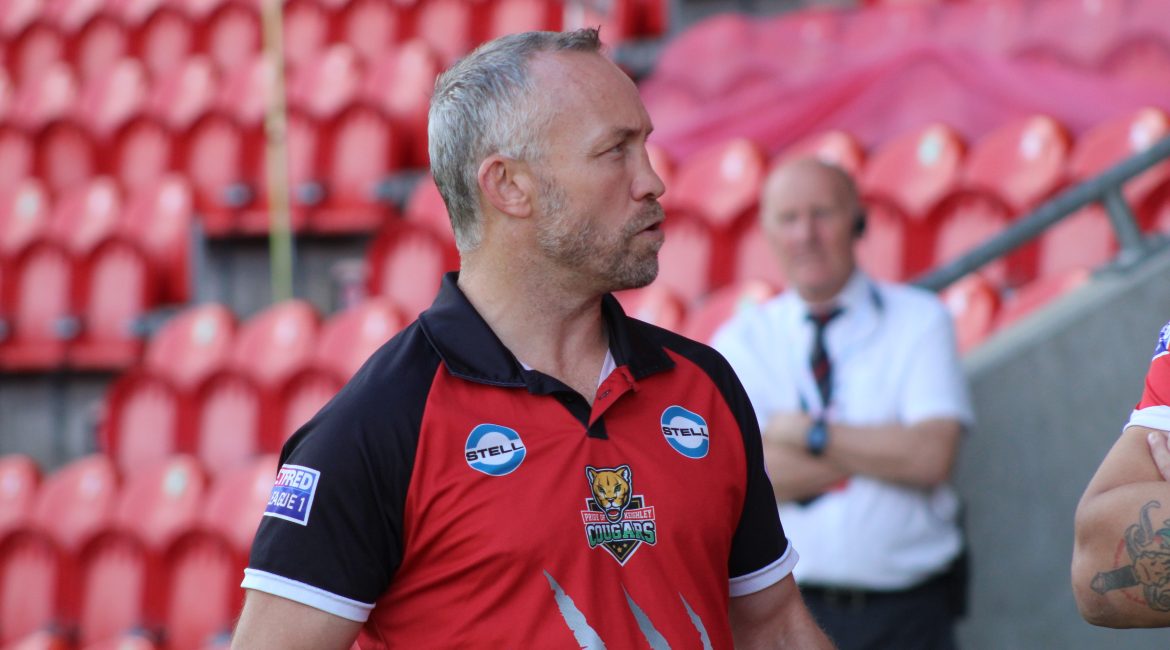 KEIGHLEY Cougars can today announce the departure of Head of Rugby Andrew Henderson from the club.

Andrew leaves the club following a hugely successful 12 months in the role to take up the Head Coach position at York RLFC.

Keighley Cougars Chairman Mick O’Neill MBE expressed his gratitude to ‘Hendo’ for believing in the vision and making Cougar dreams a reality.

“Keighley are lucky to have had a man with the talent of Andrew Henderson.

“Andrew and Rhys made dreams come true in 2022.

“We are sad to see Andrew leave Cougar Park, but we understand his passion and desire to coach.

“For a Director of Rugby to come to Cougars and in his first season put together and manage a team which went unbeaten is an unbelievable achievement by such a talent.

“I wish Andrew all the best at York, they are lucky to have him”.

“Hendo put together a framework of discipline and recruitment which supported Rhys in his mission to play exciting rugby,” said Garcia.

“That mission has given us all unprecedented success and joy.

“I am sorry to see Hendo and his partner Cheryl leave Cougar Park,  they will forever be part of this club and be friends that I will treasure.”

Chief Executive Ryan O’Neill spoke on behalf of the remaining board members, thanking Andrew for his belief in Keighley Cougars.

“The journey we’ve had since 2019 has been a rollercoaster.

“Andrew brought with him stability, experience and wisdom.

“Andrew has been a pleasure to work with, has always given prudent advice, and took this club into his heart.

“I know it was a tough decision for him leave Cougars, but he has taken an opportunity which we understand and support.

“On behalf of the board I say thank you Andrew, you are a magician who brought us magic.”

Keighley Cougars wish Andrew all the best in his new endeavour, and look forward to welcoming him back to Cougar Park with his York side in 2023.

The club will make no further comment on this matter.