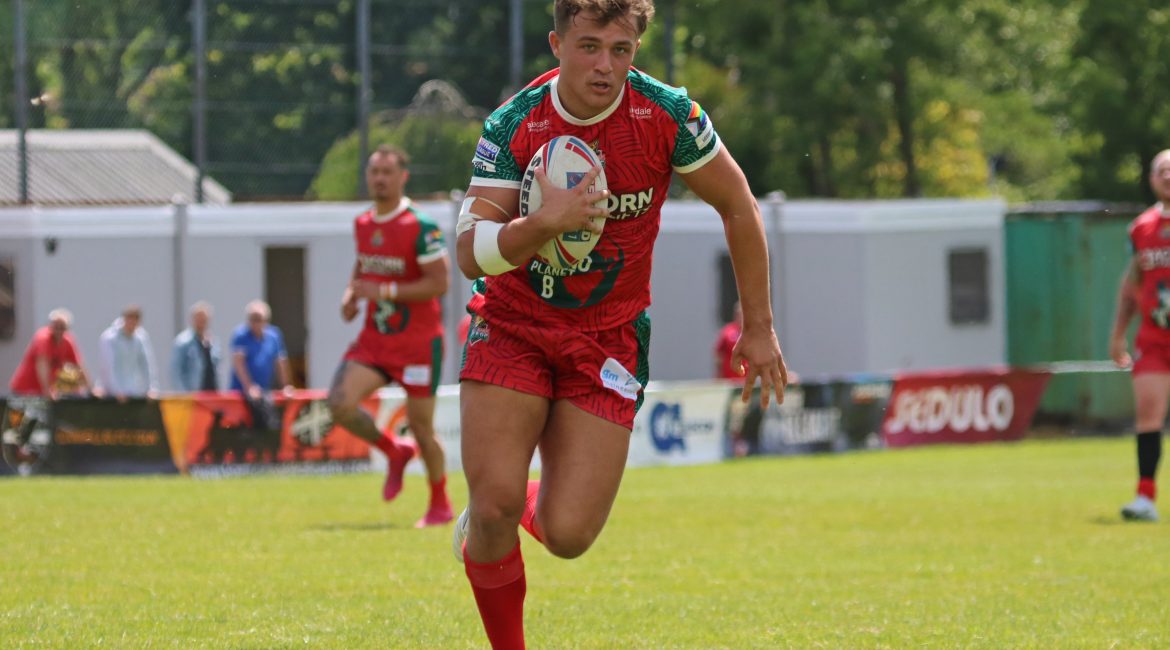 Keighley Cougars can this evening announce that Harvey Spence will remain with the club for the 2023 season.

Spence, who has cemented a place as regular in Rhys Lovegrove’s side since joining from Featherstone Rovers ahead of this season, signed a two-year deal with the second year to be decided by the club as they held an option for the second year.

The Cougars have now decided to activate that option, meaning Harvey will be at Cougar Park until at least the end of next season.

Speaking of his extension, Spence said: “I’m really pleased to be a Cougar for another season.

“So far, I have really enjoyed my time down at Cougar Park and I’m glad I’ll be here for the 2023 season.

“The lads are a great bunch. Hard workers but always having a laugh.

“It’s been good to work with Rhys Lovegrove and I’ve learnt from him and also covered a few different positions on the field, which helps my development and understanding of the game.

“The fans are ace so I can’t wait to rip in again for them next year!”

“Harvey is a bright young up and coming player who joined us this season as he felt Keighley was the best place for him to develop his game further,” added Head of Rugby Andrew Henderson.

“He is a player who offers the team versatility in a number of positions as a half back, hooker, and loose forward.

“Harvey has developed his game and gone on to play in the majority of games this season, which is a testament to his attitude and commitment to his training and his teammates.

“We hope Harvey will continue to grow and develop as a player further in 2023.”

Joining the club ahead of this season from Featherstone after a loan spell with Oldham, Harvey debuted at half-back in January’s Challenge Cup defeat to Hunslet.

Once the league season began in late March, the versatile young player quickly established himself as cover for the 9 and 13 positions from the interchanges bench.

Making a further eight appearances from the bench during the undefeated League 1 campaign to date, with his performances being rewarded on the field last month with his first try for the club in the away victory against Cornwall.

And Harvey’s performances have now also prompted his Head Coach and Head of Rugby to secure his services for at least another 12 months.