Getting To Know – West Wales Raiders 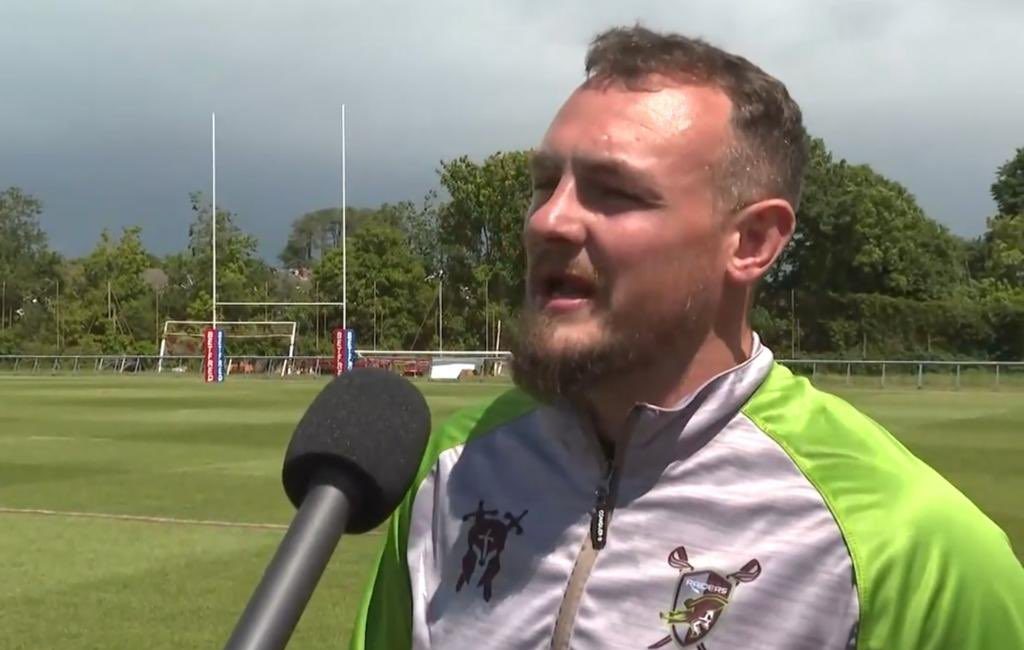 In the latest of our preview series for the 2022 season, Getting To Know, Josh takes an in-depth look at opponents this Sunday, the West Wales Raiders.

The West Wales Raiders have had to do it the hard way so far in 2022 despite record only their second ever victory back in May.

It looked like at one point they weren’t even going to make the starting post back in January as they found themselves day out from their Challenge Cup tie without a coach or a playing squad.

However, an emergency meeting saw the recently retired club legend Ashley Bateman appointed as coach and a relatively young squad hastily put together.

With a two-month window until the start of the league season, Bateman continued to recruit and get some sort of a pre-season under his sides belt for the start of Betfred League 1 in late March.

But once again they came up against the Lions but put in a battling display as they began the league campaign with an 82-4 away defeat at the hands of the promotion favourites.

However, a combination of injuries and suspensions soon caught up with the Raiders and despite a brave 12-52 home defeat to Rochdale, they came crashing back to earth the following week with a 100-4 thrashing at the hands of Oldham.

Missing the Easter period through their bye week, things went from bad to worse as a lack of available medical cover saw them have to forfeit their home fixture to Doncaster 48-0 to keep them rooted to the foot of the table.

They returned to action following a three-week absence, but a patched upside fell victim to the North Wales Crusaders record victory before a home loss to the Keighley Cougars.

Then came only the second professional victory in the clubs history, as they recorded a 20-0 win away from home against fellow strugglers Cornwall RLFC.

Since then, they have registered another four consecutive defeats which began with a hot-tempered affair at home to Hunslet that resulted in players from both sides being sent from the field throughout.

A heavy defeat away at the Midlands Hurricanes was followed up with a battling home loss to London Skolars.

Cornwall would avenge that loss last weekend, to send the Raiders back to the foot of the table whilst recording their first ever win in the process.

Appointed Head Coach ahead of this season following his retirement from playing, it has been a baptism of fire for Ashley Bateman.

The former Wales international had to build the entire squad from scratch on just mere days’ notice ahead of their Challenge Cup tie in January and thanks to an ever-growing injury list has been doing it tough to date.

Despite the influx and overturn of players throughout the year, he did inspire the side to what was only the second victory since the club turned professional prior to the 2018 season as they picked up a 0-20 win away at Cornwall in May.

A product of the Crusaders during their time in Super League, the versatile Bateman played a number of positions throughout his playing career.

Returning to Rugby League in 2017, Bateman would re-join the then South Wales Ironmen for a brief spell before joining the Coventry Bears midway through that season, where he would remain until the end of the 2018 season.

Bateman made just short of 130 appearances for the Raiders across his three spells with the club with his reputation as a club legend secured.

Appointed captain of the West Wales Raiders ahead of this season, Joe Burke brings leadership, experience, and size to the pack in Llanelli.

Joining the Raiders ahead of the 2021 season following a couple of years away from the sport, he immediately slotted in as West Wales standout player upon his arrival at Stebonheath Park.

Born in Newport, the prop first broke onto the Rugby League scene as a 20-year-old with the South Wales Scorpions.

During his four seasons with the Scorpions, Burke would become a pivotal figure as they reached the League One play-offs under the stewardship of Anthony Siebold and continued to impress in the seasons that followed Siebold’s departure.

His impressive performances caught the eye of the traditional heartland clubs, and in 2014 he made the move along with teammate Nathan Mossop to Cumbria to sign with the Barrow Raiders.

Despite the Raiders relegation that season, Joe’s performances impressed once more and earned him international recognition when he was selected to play for Wales in that year’s European Cup.

An 18-month spell with the North Wales Crusaders followed, in which time he would again feature for his country in the European Cup, before he headed back across the border to sign with Oldham following their promotion to the Championship.

Despite Oldham’s relegation in 2017, and a subsequent play-off defeat to Bradford in the 2018 League One end of season shootout, Burke was a regular for his club and was again rewarded on the global stage as John Kear selected him as a member of the Wales squad for the 2017 Rugby League World Cup.

Following the conclusion of the 2018 season, he would leave Whitebank and have a brief spell in Rugby Union before returning to the game, and his first club, ahead of the 2021 season when he was recruited by the Raiders as they looked to become a more competitive force within the division.

Despite their struggles on the pitch, Burke has shone for the team.

And the efforts of both him and his teammates were rewarded back in May as they defeated Cornwall to record only the club’s second ever victory since joining the professional ranks in 2018.

Featuring in the Betfred League 1 team of the month for May, his performances at club level this season recently earned the prop a recall onto the international stage as he featured for Wales in their defeat to France a fortnight ago.