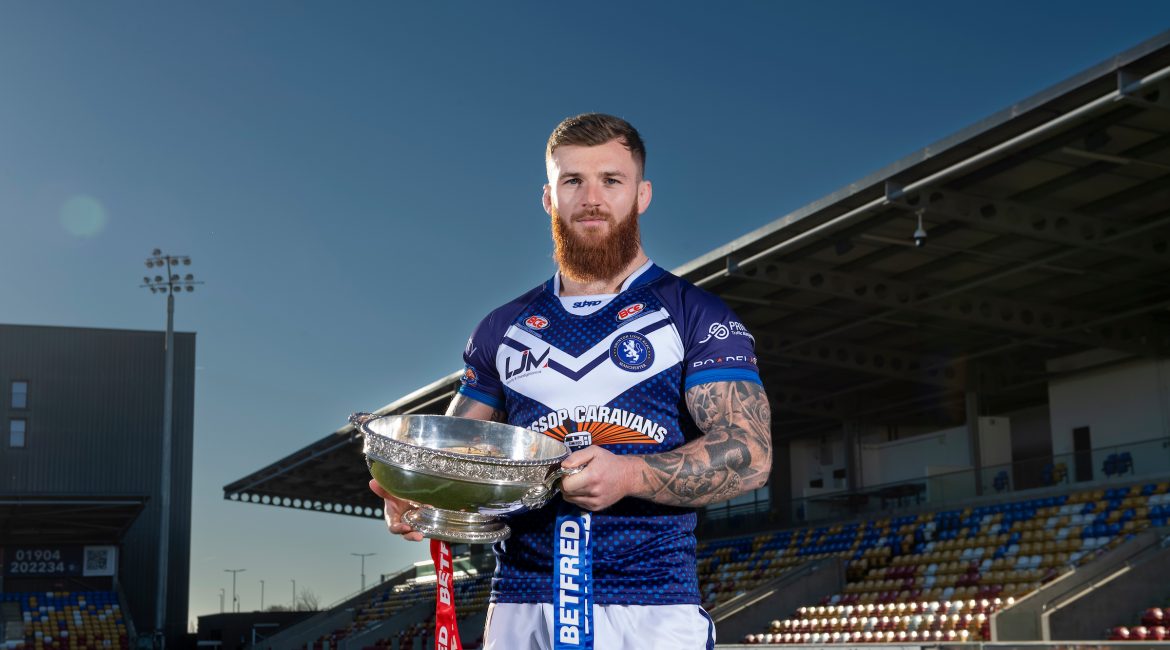 In the latest of our new preview series for the 2022 season, Getting To Know, Josh takes an in-depth look at visitors to Cougar Park this Sunday, the Swinton Lions.

Following relegation from the Championship, the Lions acted quickly to keep the nucleus of their squad together to begin the push for an immediate return.

On the field, the club had five runouts in terms of three friendlies and the Second and Third Round of the Betfred Challenge Cup.

Their pre-season began with a 48-12 defeat away at local rivals, Betfred Super League club Salford Red Devils, but backed it up the following week with a 28-22 home victory against Championship side Whitehaven.

A professional yet routine 96-0 away victory against the troubled West Wales Raiders in the Challenge Cup secured a comfortable passage to the next stage of the competition, Dan Abram marking his debut for the club with 36 points personally.

However, despite coming from behind twice and taking the lead midway through the second, their road to Tottenham was ended at the Third Round with a 20-14 home defeat to League One promotion rivals North Wales Crusaders.

Two late tries from the visitors would be enough to seal a memorable victory for the Colwyn Bay side and eliminate Swinton from the competition.

The club then suffered a further blow as forward Will Hope announced his retirement from the sport due to work commitments after successfully applying to join the Greater Manchester Fire Service.

However, they finished their pre-season in style with a comprehensive away victory over the Cougars before beginning their League 1 campaign a fortnight later with another thrasing of West Wales.

Things appeared to be firing on all cylinders for the Lions as they continued to both win and score points at a canter, following their 82 against West Wales up with 54 against Midlands Hurricanes and 64 against Doncaster.

But the scurge of the Crusaders would find them in the league as well as the cup as they were defeated 6-13 last time out to inflict their first loss of the new season.

Now into his first full season as Head Coach of the Lions, Allan Coleman is tasked with masterminding the clubs immediate return to the Championship.

And after keeping the nucleus of his squad together for the League One campaign, a solid start to 2022 at writing suggests one of the professional games youngest coaches has a bright future ahead of him.

Leading by example, the Swinton captain Rhodri Lloyd continues to excel in Lions colours as he enters his seventh season with the club.

Initially joining Swinton on dual registration from Wigan during their 2015 promotion winning season and made the deal permanent ahead of their return to the Championship.

Playing either in the backrow or the centres, Rhodri is a popular figure both on and off the field at Heywood Road and will be looking to finish this season with silverware in his hand.

The Welsh international, who will be looking to feature for his country in a third consecutive World Cup this year, came through the ranks at the South Wales Scorpions and impressed enough to earn a move to the Warriors.

Debuting in the Super League in 2012, a number of loan and dual-registration moves would follow before he landed at Swinton during the 2015 season.

Scoring 9 tries in 12 appearances to help the club secure promotion from League 1, Lloyd would sign for the club permanently that winter.

And over the years, the Welshman would become a mainstay in the Swinton side as he helped them maintain their Championship status for six seasons whilst wining plenty of plaudits along the way.

To date, Rhodri has made 147 appearances for the club and has scored 48 tries during this time.