Getting To Know – Newcastle Thunder 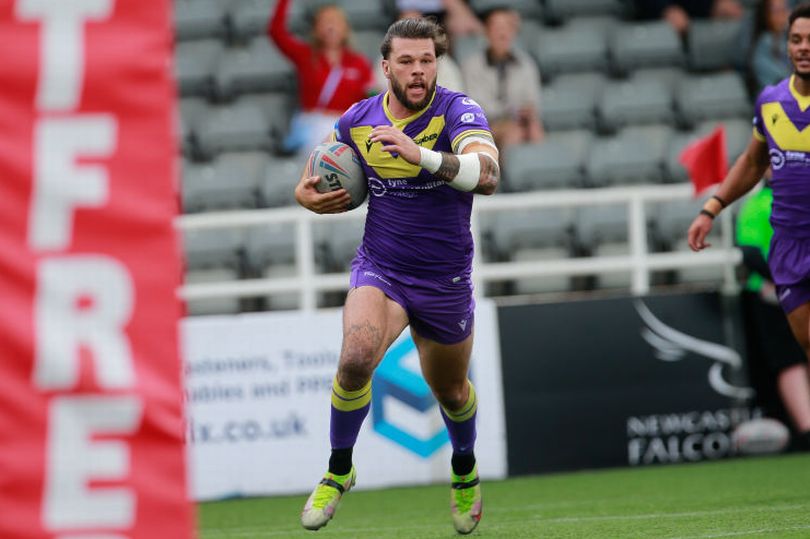 Getting To Know is back for the 2023 season! Our opposition preview series begins with our opponents in Saturday’s opening friendly, the Newcastle Thunder.

It has been another winter of sweeping changes at Kingston Park.

On the back of the ill fated move to go full-time in 2022, a season of struggle both on and off the pitch for the Thunder saw a talented side flirt with relegation despite being tipped to be challenging at the right end of the table.

This meant decisions had to be made ahead of the 2023 campaign, and the hierarchy at the club made the difficult call to return to part-time status with a significant cut in budget and finances.

Head of Rugby Dennis Betts would depart, as would 14 of the previous seasons squad, with hometown boy Chris Thorman tasked with the rebuild on the field.

Thorman set about recruiting for a new-look side, which included a mass raid on his old stomping ground in Cumbria.

Highly sought-after talents such as half-back Nikau Williams and hooker Curtis Davies turned down interest from elsewhere to sign with the Thunder.

There was also a trust placed in players such as Alex Young, Rhys Clarke, and Jake Lightowler, who had served Thorman so well during his time as Head Coach at Workington.

But there was also a number of key retentions from the somewhat dismantled squad he inherited.

Veteran forwards Mitch Clark and Alex Foster committed themselves for another year as did Brad Gallagher, the former Bradford back-row always a hot commodity at this level of the game.

There has also been a trust in youth and the student game placed by the new Thunder coach with three players joining on loan from the Hull Kingston Rovers reserves as well as the signings of highly touted University players such as Evan Lawther and Max Flanagan.

Many pundits are tipping a season of struggle ahead for Newcastle, but with a coach as astute as Thorman at the helm and an exciting blend of youth and experience, write this new look Thunder side of at your peril.

Appointed Head Coach of his hometown club back in the Autumn, Chris Thorman is tasked with rebuilding the Thunder on the pitch as they return to life as a part-time club.

Coming on the back of challenging year as Head Coach of Workington, Thorman will be hoping his second season as a coach in the Championship is not as bumpy a ride at Kingston Park as it was at Derwent Park in 2022.

Wallsend-born Thorman takes the reins ahead of the new season after a four-season stint in charge of Workington Town and will lead Thunder as it embarks on its third consecutive season in the game’s second tier.

A former England international standoff, Thorman enjoyed a successful playing career that saw him play over 300 club-level games, the majority of which came at both Super League and NRL levels.

Beginning his back-room journey as a player-coach at York City Knights in 2012, Thorman took interim charge of Huddersfield Giants in 2018 between the tenures of Rick Stone and Simon Woolford.

It was a spell that saw Thorman guide the club to three wins and a draw, including a 25-22 win at the Magic Weekend at St James’ Park over Wakefield Trinity.

Taking over at Derwent Park in 2019 after the departure of Leon Pryce, Thorman guided Workington to promotion to the Betfred Championship in 2021 via the end-of-season play-offs.

Thorman joined the Thunder on a one-year contract and has overseen preparations ahead of the new season.

An off-season recruit from Whitehaven, Nikau Williams is a player who has caught the eye since first arriving on these shores.

The New Zealand born half-back signed for Haven ahead of the 2021 season and has since established himself as one of the most exciting players within the Betfred Championship.

And now he’s made the move across the north from west to east to sign with the Thunder, he will be looking to have a similar impact at Kingston Park.

Born in Auckland, the playmaker began playing Rugby League as a child before moving with his family to Melbourne.

Once arriving upon Australian shores, he originally signed with the under-20’s side at the Canterbury Bankstown Bulldogs before moving to the same youth team at the Melbourne Storm.

Then making the move to the Newtown Jets in the New South Wales Canterbury Cup, Williams kicking game impressed and caught the eye of Whitehaven who made the decision to bring the young half-back to the UK following the pandemic.

Arriving in Cumbria, Nikau quickly became a standout performer for Whitehaven as Gary Charlton’s side defied all odds and expectations in their first full season following promotion by finishing 6th and reaching the Championship play-offs where they would be defeated by Halifax.

Charlton would move upstairs and 2022 saw Haven battle against relegation, however the exciting half continued to impress, and this saw Chris Thorman move quickly to bring Williams with him from Cumbria to Tyneside ahead of this season.