Getting To Know – Doncaster RL 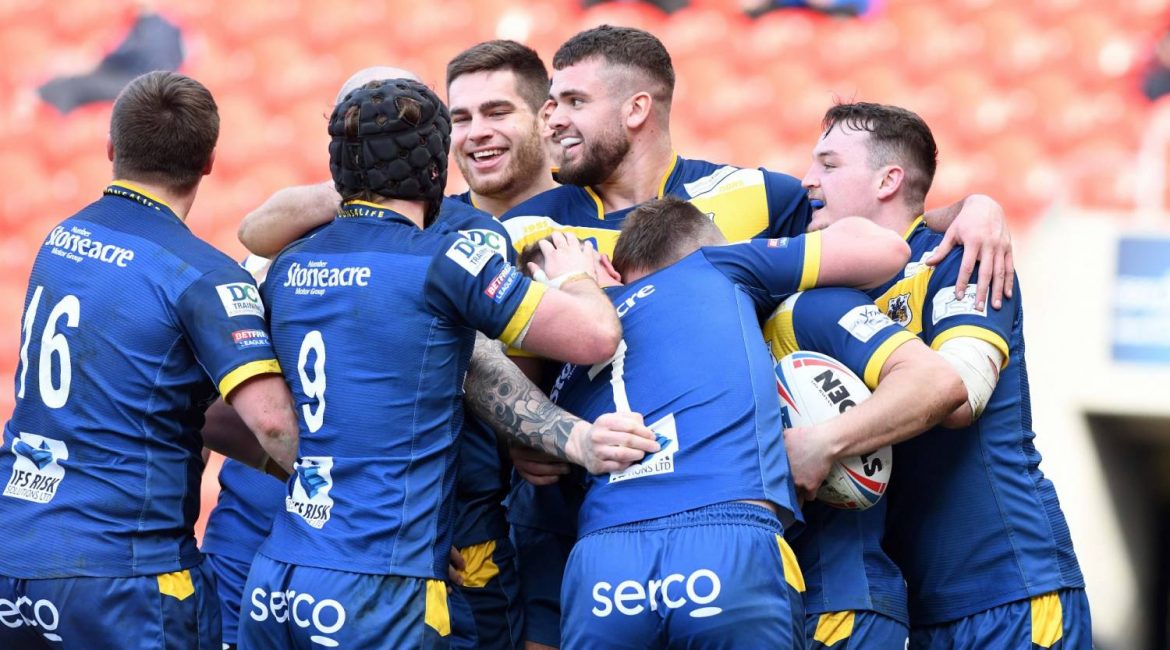 In the fourth of our new preview series for the 2022 season, Getting To Know, Josh takes an in-depth look at our next visitors to Cougar Park this season, Doncaster RL.

After a solid start to the Betfred League 1 season last year, their mid-season form threatened to derail the year.

A draw away at the London Skolars, and heavy defeats to Rochdale Hornets and Hunslet, were compounded with Tom Halliday rescuing them from an embarrassing defeat to the West Wales Raiders try with a score to steal a point in Llanelli.

However, Horne rallied his troops and solid end to the season saw them defeat both Barrow and Workington on the way to a 5th place finish in the regular season.

Going into the play-offs, Matty Beharrell returned from injury for the Dons and inspired them to victories at home to Hunslet and away at the North Wales Crusaders in the first two weeks.

They then dramatically won here at Cougar Park through a last-minute Liam Johnson try to seal progression into the play-off final.

But it would prove to be one step too far as they lost to Workington in the Grand Final at Derwent Park.

The 2022 season has so far brought with it a mixed batch of results for Richard Horne’s side.

After an off season that has seen a number of star players from the last campaign depart the club, the rebuilding process has continued throughout the winter and spring up until the start of the League 1 season.

However, the club was left in need of reinforcements as both Jordie Hedges and Zach Braham announced their retirements from the sport after the season had begun.

The knock-on effect was obvious in the Fourth Round as their road to Tottenham veered off through the crash barriers as they were on the receiving end of a 0-60 home loss at the hands of Championship side Whitehaven.

However, they began the Betfred League 1 season brightly last weekend when they recovered from a slow opening 20 minutes to turn the game around and defeat the rebranded Midlands Hurricanes 48-20 in South Yorkshire.

Richard Horne is now into his fifth full season as Head Coach of Doncaster RL.

Arriving midway through 2017, Horne repaired the damage from a disastrous start to the year and was unlucky not to guide the South Yorkshire club into the League One Play-offs.

In 2018 however, Richard guided the Dons to a 3rd place finish before losing their play-off semi-final at home to Workington Town.

His track record continued to improve either side of the Covid seasons as he led his side into the play-offs once again.

In the 2019 campaign, Horne would again coach the South Yorkshire outfit into the promotion mix as they finished the regular season in fourth.

A sensational away victory at Newcastle put them in pole position to progress to the play-off final but back-to-back defeats to Oldham and the Thunder ended their season a game short of the final.

The 2021 season at one point threatened to unravel after an injury and Covid affected mid-season saw them drop points to the West Wales Raiders and suffer a heavy home defeat to Hunslet.

However, Horne rejuvenated his side to finish the season strongly and secure a fifth-place finish.

From there they would win three straight games in the play-offs, defeating Hunslet before sensational back-to-back away wins against both North Wales and Keighley.

But heartbreak would follow in the final as they were defeated by winners Workington Town.

Despite turning 40 back in January, there’s no stopping Misi Taulapapa as he continues to impress in the twilight of his career.

The Samoan international had originally retired in 2020 following his departure from the Newcastle Thunder but reversed that decision for one final swansong with Doncaster.

And his arrival at the Eco-Power Stadium was felt immediately last season as he became a lynchpin in Richard Horne’s side.

When in the side, he led by example from the backline and was instrumental in the Dons strong finish to the season that saw them recover from a mid-season horror show to finish comfortably within the play-off places.

The play-offs would see three straight wins before defeat to Workington in the final, but Misi was a key part of the squad throughout and signed on for another year.

Prior to joining the Dons, Misi has had a long and storied career that began in the NRL with the New Zealand Warriors and Cronulla Sutherland Sharks.

Once arriving in the UK ahead of the 2010 season, he would join Sheffield and firmly establish himself as a club icon as he would make 168 appearances for the club and help deliver two Championship titles.

He would depart Sheffield for spells with Featherstone, where he would captain the Rovers to three successive top four finishes, and Newcastle before landing at Doncaster.