Getting To Know – Doncaster RLFC 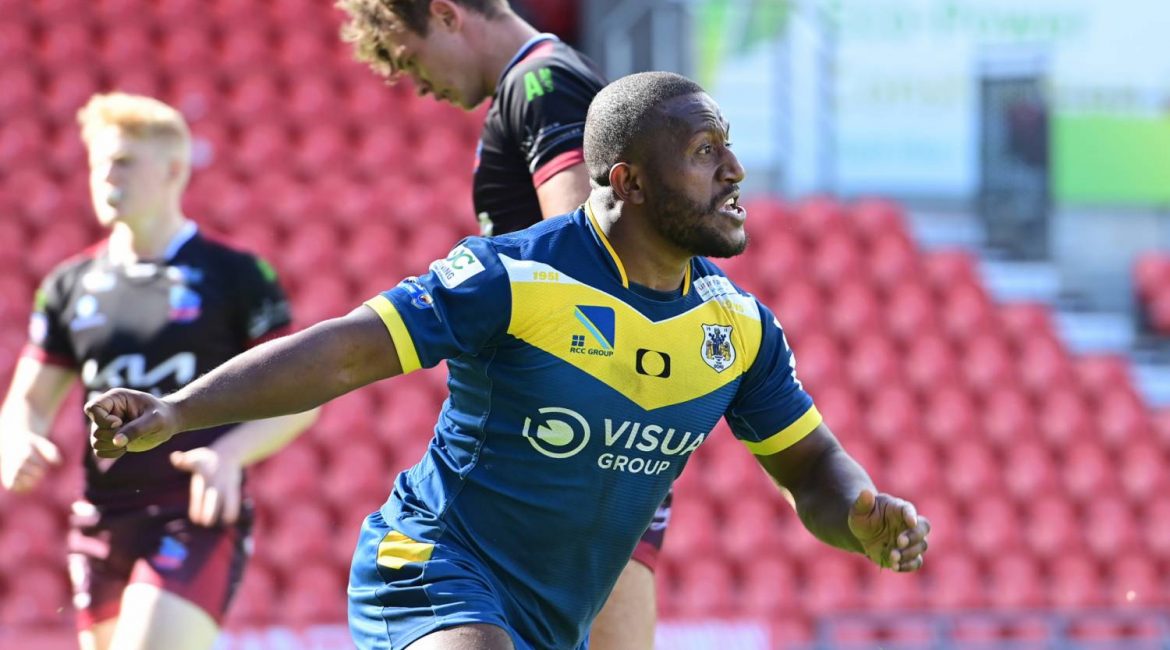 In the latest of our new preview series for the 2022 season, Getting To Know, Josh takes an in-depth look at our hosts at the Eco-Power Stadium this Sunday, Doncaster RLFC.

The 2022 season started with a mixed batch of results for Richard Horne’s side before seeing them grow into a dominant side within the division over the recent months.

After an off season that has seen a number of star players from the last campaign depart the club, the rebuilding process has continued throughout the winter and spring up until the start of the League 1 season.

However, the club was left in need of reinforcements and t knock-on effect was obvious in the Fourth Round as their road to Tottenham veered off through the crash barriers as they were on the receiving end of a 0-60 home loss at the hands of Championship side Whitehaven.

However, they began the Betfred League 1 season brightly when they recovered from a slow opening 20 minutes to turn the game around and defeat the rebranded Midlands Hurricanes 48-20 in South Yorkshire.

Defeats to Keighley, Swinton, North Wales, and Rochdale were complemented with home victories over Cornwall, West Wales, Hunslet, London, and Oldham, to leave Horne’s charges with a mixed back come the league’s halfway stage.

However, they have yet to taste defeat in the second half of the campaign with that home win over Hunslet sparking their current eight game winning streak.

This run has seen them defeat both North Wales and Swinton on their own patches, as well as a home win against Rochdale, and comprehensive victories against the clubs in the bottom half of the table.

If any side is in a position to try inflict the Cougars first defeat of the season, this is the side that is to be feared most at any point so far in 2022.

Richard Horne is now into his fifth full season as Head Coach of Doncaster RLFC.

Arriving midway through 2017, Horne repaired the damage from a disastrous start to the year and was unlucky not to guide the South Yorkshire club into the League One Play-offs.

In 2018 however, Richard guided the Dons to a 3rd place finish before losing their play-off semi-final at home to Workington Town.

His track record continued to improve either side of the Covid seasons as he led his side into the play-offs once again.

In the 2019 campaign, Horne would again coach the South Yorkshire outfit into the promotion mix as they finished the regular season in fourth.

A sensational away victory at Newcastle put them in pole position to progress to the play-off final but back-to-back defeats to Oldham and the Thunder ended their season a game short of the final.

The 2021 season at one point threatened to unravel after an injury and Covid affected mid-season saw them drop points to the West Wales Raiders and suffer a heavy home defeat to Hunslet.

However, Horne rejuvenated his side to finish the season strongly and secure a fifth-place finish.

From there they would win three straight games in the play-offs, defeating Hunslet before sensational back-to-back away wins against both North Wales and Keighley.

But heartbreak would follow in the final as they were defeated by winners Workington Town.

Despite this, Richard has recovered from a rocky start this year to stabilise the team and lead them on another promotion push as they look to go one step further this season and make it to the Championship.

A man in form for the red-hot Dons at this late stage in the season is Papua New Guinea international half-back Watson Boas.

Boas returned to South Yorkshire just in time for the start of the 2021 Betfred League One season.

As a result of the travel restrictions in place through the Covid-19 pandemic, Boas had a head start in terms of getting back out on the field and playing Rugby League.

Unable to return to the United Kingdom until May of last year, the half-back has spent the early part of the 2021 season on loan at the PNG Hunters in Australia’s Queensland Cup.

Watson played five games in the Queensland Cup prior to his return to the UK.

Prior to that the versatile international, who can play in the halves, hooker, or at full-back, had originally arrived at the Keepmoat midway through the 2019 season after a brief spell with the Featherstone Rovers.

Unable to cement a regular spot in the promotion hunting Rovers side, Watson decided to test the waters and join the Dons on loan midway through the season.

A series of impressive performances and breath-taking tries would follow suit and Boas finished the 2019 season strong, helping the Dons to the League One play-offs before both playing and scoring in Papua New Guinea’s famous victory over Great Britain in Port Moresby.

These performances on the field prompted Carl Hall to act quickly and secure his services on a permanent basis ahead of the curtailed 2020 season.

After settling back into life in the UK, he overcame injury to become a mainstay of the side once more last season as he helped guide the Dons to the play-off final.

However, defeat to Workington would condemn them to another season in the third tier.

This season has seen Watson step up to the plate following plenty of high-profile departures to become a lynchpin of the Dons side as they look to go one step further than last year.

His regular man of the match performances has inspired the Dons at times this season, with the club on a 8 game winning run heading into Sunday’s meeting with the Cougars.