Getting To Know – North Wales Crusaders 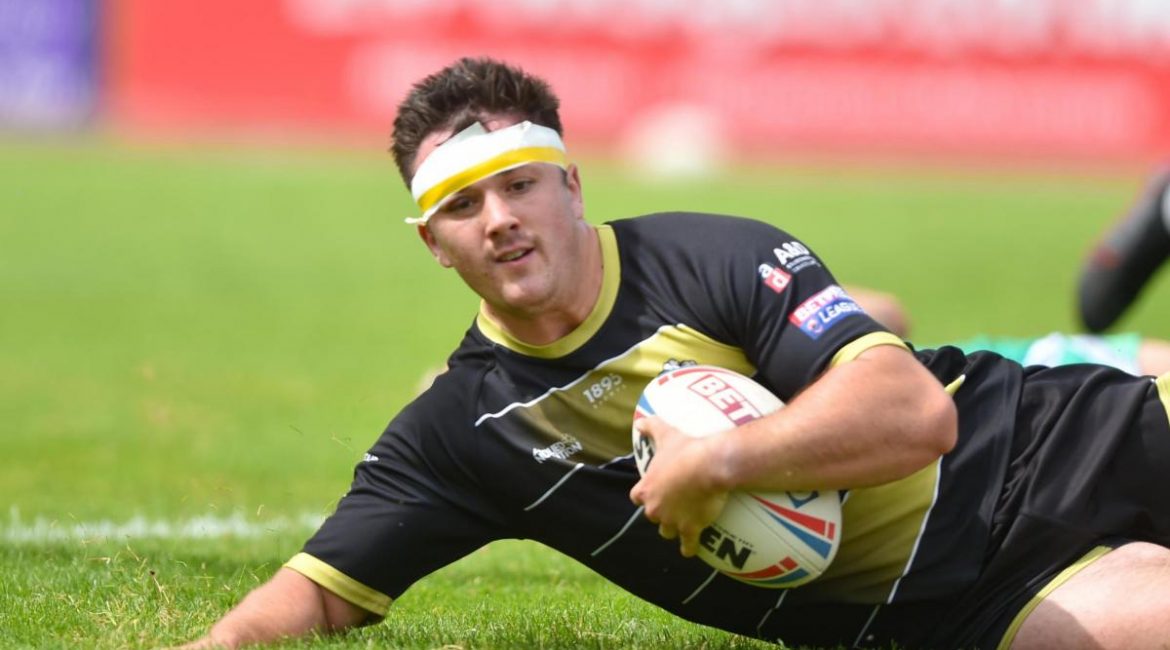 In the latest of our new preview series for the 2022 season, Getting To Know, Josh takes an in-depth look at our opponents in Colwyn Bay this Saturday evening, the North Wales Crusaders.

After falling short in the play-offs last season, the North Wales Crusaders have left no room for error so far in 2022.

Beginning the season with three straight victories in the Challenge Cup, only a spirited defeat to Sheffield in Round 5 of the prestigious competition prevented them for qualification to the 1895 Cup and a mouth-watering tie against Hull FC.

With the road to Tottenham reaching its end, focus turned to the League 1 season and a push for promotion has so far returned eight victories from eight.

An end-to-end high scoring victory away at Rochdale kicked off the season and put Anthony Murray’s side on the front foot.

History would follow as their first home game would double up as the first ever game played by Cornwall.

Another high scoring game followed, with the scoreboard being more lobsided in North Wales favour, and the week after came a routine away victory over the London Skolars.

They would be made to work for their next two wins, a low scoring away win at Swinton would precede a comeback that saw them snatch victory from the jaws of defeat against the Midlands Hurricanes.

But they would be back to their brilliant best over the next fortnight.

A club record 84-4 victory over the West Wales Raiders in the Big Welsh Derby and a 46-0 away thrashing of Doncaster kept North Wales top of the division.

The scoreboard didn’t reflect their dominance in a 30-16 win against Oldham, but that would be their last action of the year to date.

On the back of that eighth victory, the Cru return this weekend on the back of a three-week break thanks to the bye week and Cup final.

With his Crusaders legacy already cemented, Anthony Murray will be looking to guide the club to the Championship this season.

The reigning Betfred League 1 Coach of the Year, Anthony has overseen a transformation of the club since returning for a second spell in charge.

Murray’s involvement with Crusaders began back in 2014, taking over from Clive Griffiths as head coach midway through the campaign.

With a change in the Championship’s structure meaning five teams were relegated that year, North Wales’ stay in the second tier was short-lived, but Murray guided the club to the League 1 play-offs and iPro Sport Cup success in 2015.

Despite significant changes on the field with a number of senior players leaving the club in 2016, the Welsh side were competitive and made the League 1 Shield final, losing out at Newcastle.

Murray opted for a new challenge at Gloucestershire All Golds at the end of that season, with Mike Grady taking over, but he returned to the Crusaders early in 2018 and has been with the club ever since.

In his first full season back in the charge, the Crusaders narrowly missed out on the League 1 play-offs by just three points under Murray’s guidance, as he made the shortlist for coach of the year.

The 44-year-old built a new-look squad ahead of 2020 and North Wales started the campaign positively, only for it to be stopped early because of the COVID-19 pandemic.

However, the long wait was worth it as Crusaders clinched third place in League 1 last term and made the play-offs for the first team since 2015, with Murray named the league coach of the year.

Catching the eye so far this season for the Crusaders is back-rower Gav Rodden.

Voted the division’s player of the month for April and featuring in both teams of the month to date in 2022, Rodden’s exploits with both ball in hand and in defence make him a dangerous threat to all opponents in League 1.

And his finishing capabilities so far have not only impressed his coach and fans but have seen Gav contribute to North Wales unbeaten start with 12 tries to be the joint second top try-scorer in the division.

The 24-year-old began his Rugby League career in the community game with Wigan St Judes.

Impressing regularly in the NCL for St Judes, he would earn international recognition with the England Community Lions.

Rodden’s performances caught the eye of the Crusaders who introduced the backrow forward to the semi-professional game.

After having his debut season cut short in 2020 by the pandemic, he would hit the ground running once action returned last year.

Becoming a mainstay of the North Wales Side, Gav would catch the eye as part of an impressive unit that would rise up the league table with a run of seven consecutive victories.

Both contributing with tries at one end and preventing them at the other, the side would finish 3rd before being eliminated in the play-offs, however Rodden has picked up where he left off so far in 2022.