Getting To Know – Cornwall RLFC 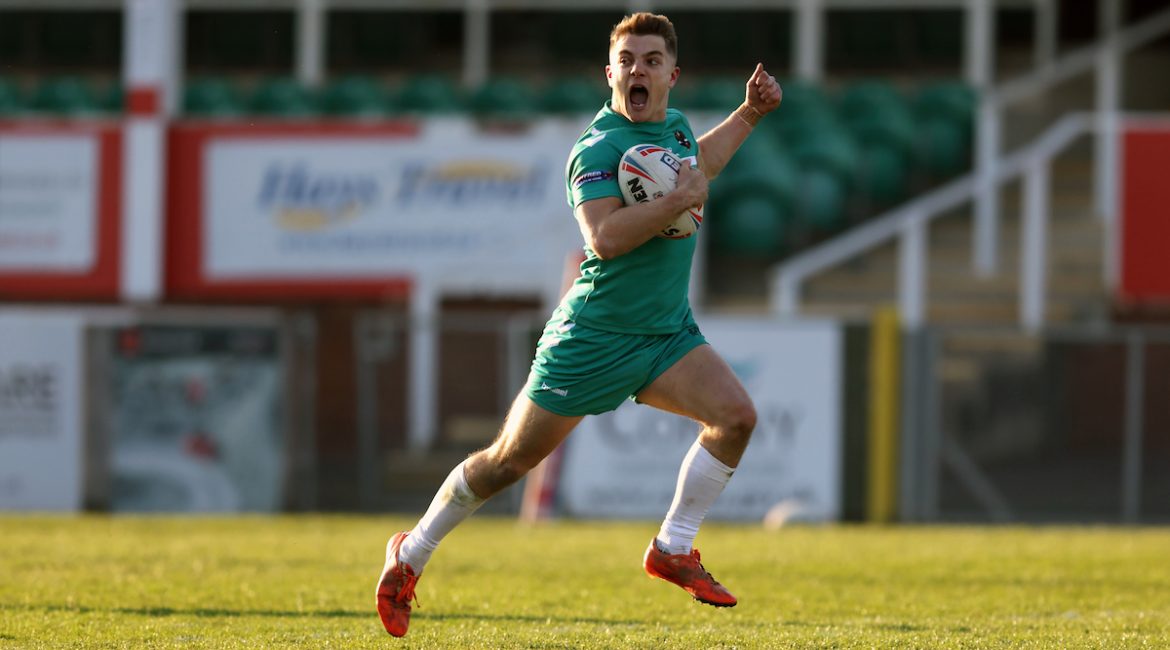 In the latest of our preview series for the 2022 season, Getting To Know, Josh takes an in-depth look at our opponents this Sunday, Cornwall RLFC.

The games newest name, 2022 has so far been a season of learning and growing on and off the pitch for Cornwall RLFC.

Despite not registering a win yet in their inaugural campaign, big crowds, national attention, and an exciting crop of young talent means things are looking promising from the start in the Duchy.

Putting together a squad mostly made up of local talent and stars of the community game, going into a season without a friendly or Challenge Cup game put Cornwall on the back foot.

However, they showed great tenacity and determination so far, and in attack do know where to find the try-line when required.

That was on display from the moment history was made, despite falling to a 62-22 defeat to North Wales Crusaders in their first ever game.

The first ever professional Rugby League match to be played in Cornwall followed the week after, with a crowd of 1400 in attendance for the game against the Midlands Hurricanes.

A tough run of fixture against the established heartland clubs followed with Doncaster, Oldham, Rochdale, and Hunslet, providing the opposition, but Neil Kelly’s charges were in the arm wrestle in parts throughout all these games.

By their own admission, a poor display was to follow as they became only the second club to ever be defeated by the West Wales Riaders.

But two improved performances have followed against the Swinton Lions and London Skolars.

Cornwall can consider themselves unlucky last week against an ill-disciplined Skolars outfit, but things are looking up and they will provide another stern test come Sunday afternoon for the Cougars.

The experienced Kelly was seen as a coup by Cornwall after they persuaded ‘Ned’ to return to professional Rugby League as the inaugural coach.

The 59-year-old was a hooker or loose forward by trade and played Rugby League for Dewsbury, Featherstone Rovers, Wakefield Trinity and Hunslet.

After hanging up his boots, Neil moved into coaching and cut his teeth with Dewsbury, leading the club to the Northern Ford Premiership title in the 2002 season.

He would also be a part of the Wales coaching staff as assistant to Clive Griffiths for their 2000 World Cup campaign.

After Griffiths departed the Wales hot-seat, Neil was promoted to head coach – a position he held for two years.

Neil’s most successful coaching stint came with the Widnes Vikings between 2001 and 2004.

He led the Cheshire outfit into the top flight and was voted Super League Coach of the Year in 2002.

He then moved across the Irish Sea to rugby union club Ulster but two years later was back in rugby league at Leigh.

Neil spent just 12 months at the Centurions and returned to the 15-man code with the Namibian and Romanian national sides, coaching both at the 2011 and 2015 World Cups respectively.

In 2017, Neil once again coached Dewsbury and kept the club in the Championship with a shoestring budget before American rugby union side the Houston Sabercats became his next destination.

More recently, he has spent time back on these shores away from the oval ball game as a teacher and will now lead the new era of professional Rugby League in Cornwall.

A man who needs no introduction to the Keighley Cougars supporters, Harry Aaronson has been lighting up the division this season in the Duchy.

Returning to professional Rugby League after a spell away from the game, Aaronson adds experience to the sports newcomers despite his relatively young age.

Born in Oldham, Harry came through the youth systems at both Wigan and Huddersfield before signing with the Swinton Lions.

Becoming the Lions youngest ever player in 2015 after making his professional debut aged just 16, he played a part in helping the club achieve promotion to the Championship.

After finding gametime hard to come by, he moved across the Pennines to sign with the Cougars for the 2017 season.

Quickly establishing himself in the side, his lighting pace and ability for the spectacular left the Keighley faithful breathless at times as they adopted the talented youngster as one of their own.

However, the clubs financial difficulties in 2018 resulted in Aaronson having to leave and re-join Swinton.

Gametime again was hard to come by, and he would move on loan to Oldham and become a key part in his hometown’s club promotion to the Championship at the end of that year.

Harry would have a brief spell in Rugby Union with Moortown before making the decision to join Cornwall ahead of their inaugural campaign where to date he has been their star player thus far.