Getting To Know – Castleford Tigers 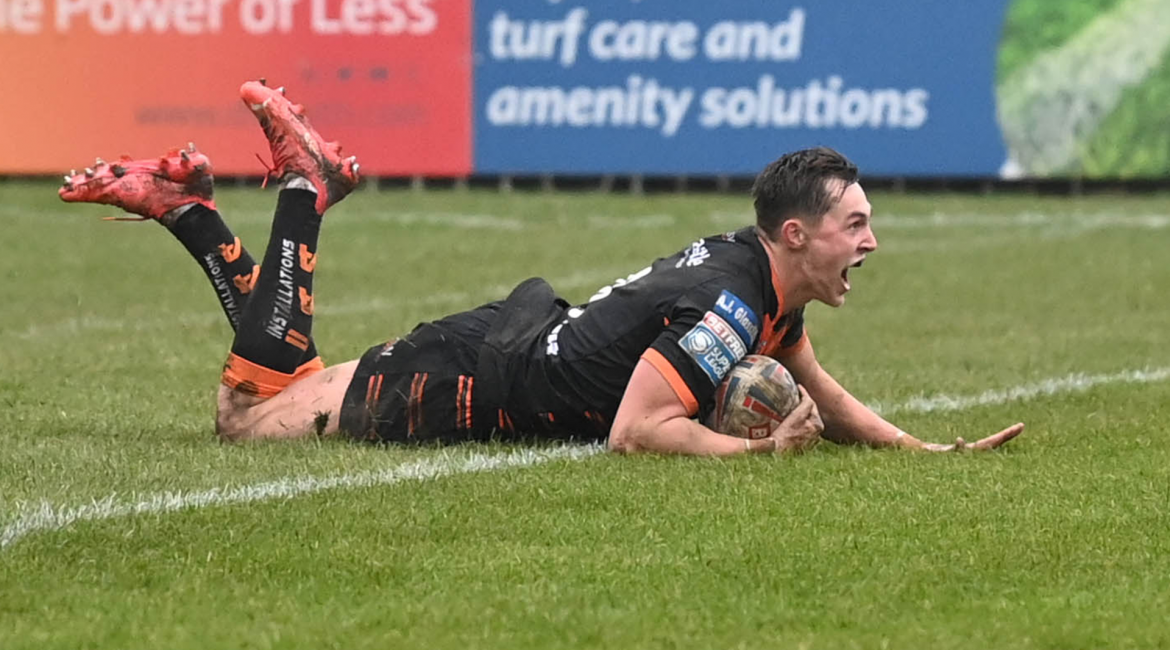 Getting To Know is back for the 2023 season! Our opposition preview series continues with the visit of Castleford Tigers in the Jake Webster Testimonial game.

After missing out on a play-off place on the final day of the 2022 season, the Tigers have done some good business over the winter.

Despite Samoa’s run to the Rugby League World Cup Final, Lee Radford has had two months to prepare his side for the new season and will be looking for an immediate impact from his new look half-back paring.

Gareth Widdop and Jacob Miller have signed from Warrington and Wakefield respectively to replace Leigh bound Gareth O’Brien in what has been seen as two major coups for Castleford.

Blending youth with experience with their off-field recruitment the two half-backs, and Hull KR forward Albert Vete, have been complemented by the signings of the highly touted Leeds pair of outside back Jack Broadbent and forward Muizz Mustapha.

There has also been an eye to the future with Bailey Dawson, Jacob Hookem, and Ilkaya Mafi also being brought into The Jungle as Radford continues to show his superb knowledge of the game in his hometown of Hull.

With both coaches and players returning from World Cup duty at different stages throughout the winter, the Tigers will be using Sunday’s game to give some players their first hit-outs of the new year.

This was apparent in their only pre-season outing to date as they fielded a very young side on New Year’s Eve away at the Featherstone Rovers.

Tries from Elliot Wallis and Jack Broadbent in a brave showing against a full strength Featherstone outfit saw the young Fords go down 26-10, but a promising showing shows the future is bright at The Jungle.

Heading into his second season as Head Coach of the Tigers, Lee Radford will be looking to push on after the disappointment of not making the Super League play-offs in 2022.

Fresh off a Rugby League World Cup campaign as Samoa Assistant Coach, that saw the island nation make an historic run to the Final, Radford will be heading into this season with the aim of a top six finish.

One of the best backrowers of his generation, his playing career saw him play for hometown club Hull FC twice either side of six years with the Bradford Bulls.

Winning everything there was to win in the game at club level with the Bulls, following his retirement with FC in 2012 he would make the immediate move onto their coaching staff.

Only having to wait a year to land the Airlie Birds top job, Lee would recover from a slow start to life in the top job by delivering back-to-back Challenge Cup successes for FC in 2016 and 2017.

Unable to turn Cup success into a Super League trophy, he would be sacked as coach of Hull FC after six years in charge after a loss to Warrington Wolves in March 2020.

Following his dismissal and the pandemic, Radford would have a brief spell as defensive coach for American Rugby Union outfit Dallas Jackals before returning to Rugby League and the United Kingdom ahead of last season.

Accepting an offer to replace the departing Daryl Powell as Head Coach of the Tigers, he immediately set about putting his own stamp on the side.

Despite a slow start of five defeats in six, the Tigers would go on a five-game unbeaten run that kickstarted their season.

However, injuries would lead to inconsistent form for Radford’s side, and they missed out on the play-offs after a last day loss to eventual runners-up Leeds Rhinos.

Making some astute signings to blend youth and experience, Lee will be looking to avoid last day drama and push for the play-offs and a run to Old Trafford this time around.

One of Rugby League’s most explosive and talented young stars, the world truly is his oyster when it comes to flying winger Jason Qareqare.

Born in Fiji and arriving in Yorkshire with a four year stay in Germany as a child in-between, Qareqare has lit up Super League since making his debut for the Tigers during the 2021 season.

A product of the Kippax Knights club, his sporting prowess has also seen Jason play football for York City and feature in Rugby Union during his childhood and teenage years.

Inspired to take up Rugby League after watching Fiji in the 2013 Rugby League World Cup, he would be signed to the academy system at The Jungle and made headlines on his professional debut.

With his first touch of the ball as a first-team player, Qareqare would break down the wing and round England international Jake Connor to score a breath-taking try against Hull FC on the Sky Sports cameras.

Making just a further two appearances that season, the effort against Hull FC would win the winger the club’s try of the season at the end of season awards ceremony.

Last season would see the flier make more of an impact as he recorded a return of 7 tries in 8 appearances during the 2022 campaign.

And again, one of his scores would make headlines as he scored another sensational solo effort against champions St Helens, rounding four Saints players down the wing on his way to the line.

His club form would catch the eye of his birthland, and Jason would be named in Fiji’s provisional squad for the Rugby League World Cup.

Despite making his international debut in a friendly defeat to England, he would miss out on the nation’s final 24-man squad for the tournament.

However, this will not deter Qareqare as the winger will look to continue his development and rise to stardom with yet another more prominent place in the Tigers first team in 2023.