ETP Take To The Paddock 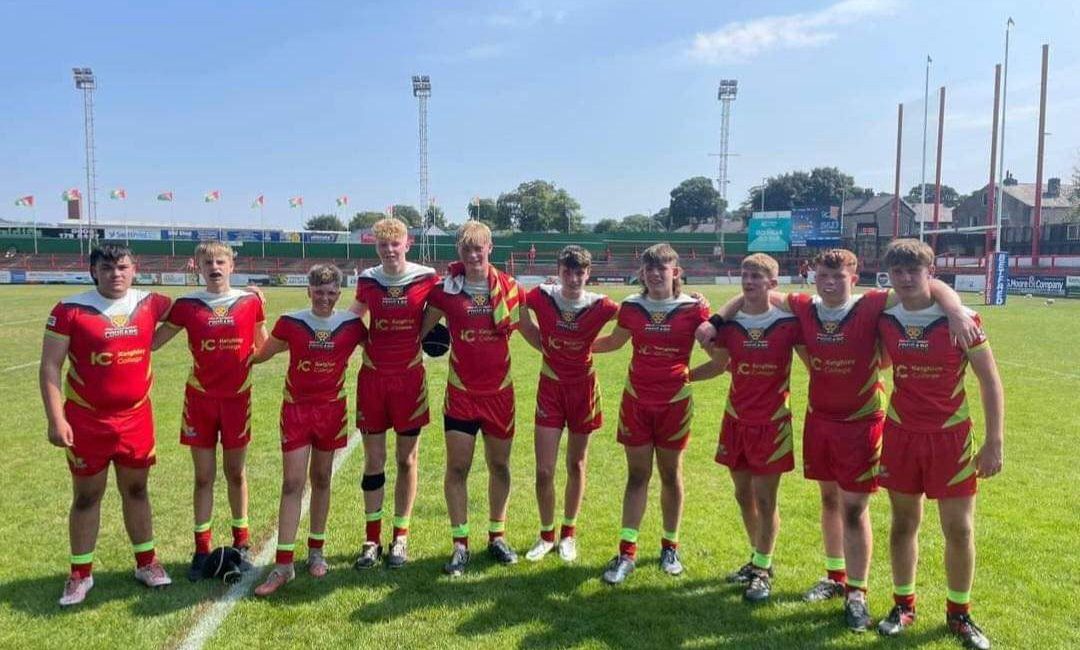 Launched earlier this year following RFL approval in November 2021, Dean Muir and Andrew Henderson have overseen the recruitment and development of the pathway at Under-12, Under-14, and Under-16 level.

Sponsored by Keighley College and running out of Carlton School in the town, Sunday’s game was the next step in the progression of the programme.

In one of the afternoon’s curtain raisers, the Under-16’s side faced their counterparts from the Bradford Bulls.

And despite the 4-2 loss in sweltering conditions, it was a moment of pride for Muir to see one of the sides in the pathway take to the field for the first time.

“I am really proud to get the ETP up and running this year,” said Dean.

“I have worked hard behind the scenes to create an environment that mirrors the development of our first team.

“The boys did themselves proud.

“All I asked was for them to compete and they did that in tough conditions with only 12 available players.

“We scored some nice tries and never stopped moving, which is a huge improvement from the first session we had.

“Some of the lads really showed athletic potential and we can build on this now heading into next year.

“This is just the start of building a pathway to the first team.

“It’s a long journey but one that is worthwhile.”

Looking to build on the success of Sunday’s first game, Muir is now looking forward to the debut of the Under-12’s side.

That team will be the curtain raiser for the visit of the North Wales Crusaders to Cougar Park a week on Sunday.

And Dean is keen that the support that came down early to back the 16’s side will do so again in greater number for the 12’s on that afternoon.

“This first ever cougars ETP game will be followed up with two games for Under-12’s as the curtain raisers to the final home fixture.

“It was nice to so many faces get down early to cheer the lads on and hopefully we can do that on our final home game.”

For more information on the England Talent Pathway (ETP) then please keep your eyes on our website and social media channels, or alternatively buy a copy of #PRIDE at our home games.