Ellis Robson To Join The Pride 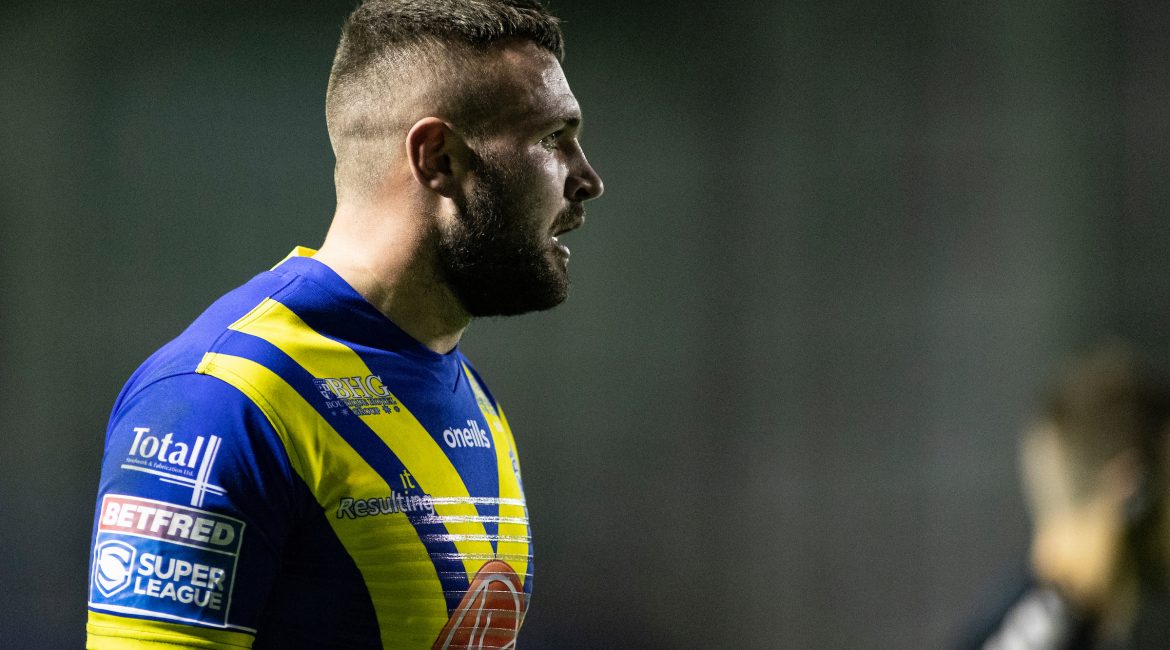 KEIGHLEY Cougars are today happy to announce the arrival of Ellis Robson.

The forward, who can play in the front or back row, signs for the club on a two-year deal following his departure from fellow Championship outfit Newcastle Thunder.

Leaving the Thunder after a six-month spell on Tyneside, Ellis brings size, aggression, and plenty of Super League and Championship experience, with him to the pack despite only being 24 years of age.

And having previously worked alongside the versatile forward, Head of Rugby Andrew Henderson believes he is the right fit at Cougar Park in terms of what the club looks for both on and off the pitch.

“Having coached and worked with Ellis previously at Warrington, I knew he had the right attributes to fit what Rhys was looking for in both a player and a person,” said Henderson

“Ellis is an industrious player who prides himself on the effort areas within the game and competing hard.

“He is equally at home playing on the edge or in the middle, but we see him being more of an edge backrower for us.

“He joins the team brining both Super League and Championship experience, and at only 24 years of age we fell he has his best years ahead of him.

“I firmly believe Ellis can flourish in our environment and fulfil his potential here at Keighley.

“We are looking forward to what Ellis will bring to the club and we welcome him, his partner, and family, to the Cougars.”

“When I spoke to Rhys about the ambition of the club, it was immediate that this is a place I want to be at.

“I know Hendo really well and love his enthusiasm, so to work with him again is something I’m really looking forward too.

“Speaking to Rhys about how he wanted to develop my game is a challenge that I’m also looking forward too.

“I’ve heard a lot of good things about Keighley and I can’t wait to pull a shirt on with the lads at Cougar Park!”

Originally plying his trade in Rugby Union as a member of the Sale Sharks development scheme and was selected to represent the youth teams of both Lancashire and the North.

Alongside his time with the Sharks, he would play junior Rugby League with the Oldham St Annes club, and this is where he would be scouted by the Warrington Wolves.

Graduating from the Under-16’s side at the Wolves, Ellis quickly established himself in the Under-19’s side and was appointed their captain for the 2018 season.

That year would see a string of consistently outstanding performances and then Wolves coach Steve Price invited the forward to begin training with the first team.

Signing a first team deal for the 2019 campaign, Robson would find regular gametime away from the Halliwell Jones Stadium through several loan spells.

Just that year he would appear on loan for the Rochdale Hornets, Dewsbury Rams, and Widnes Vikings in the Championship.

As the calendar turned to 2020, the versatile forward would again be loaned out to the Vikings, but that spell was cut short after just one game due to the pandemic.

With Super League returning later that year behind closed doors, Ellis would finally make his first team debut for the Wolves off the bench in a victory against Hull FC and made a further four appearances towards the end of the year.

However, he would be limited to just two outings for Warrington in the 2021 season and again found gametimes out on loan.

A third temporary spell with the Vikings would be followed with further moves to the Bradford Bulls and the Salford Red Devils, the latter of which he made 7 appearances as he helped the club avoid relegation from the top tier.

This past season saw Robson begin the year with a loan spell at Toulouse Olympique before making his final Warrington appearance in a Challenge Cup loss away at Wakefield.

From there, he was released from his contract and signed with the Newcastle Thunder for the remainder of 2022.

Featuring 11 times during his brief spell at Kingston Park, Ellis departed the club upon the seasons conclusion will be looking to cement himself within the Cougars side as he becomes the clubs fourth new signing ahead of next year.