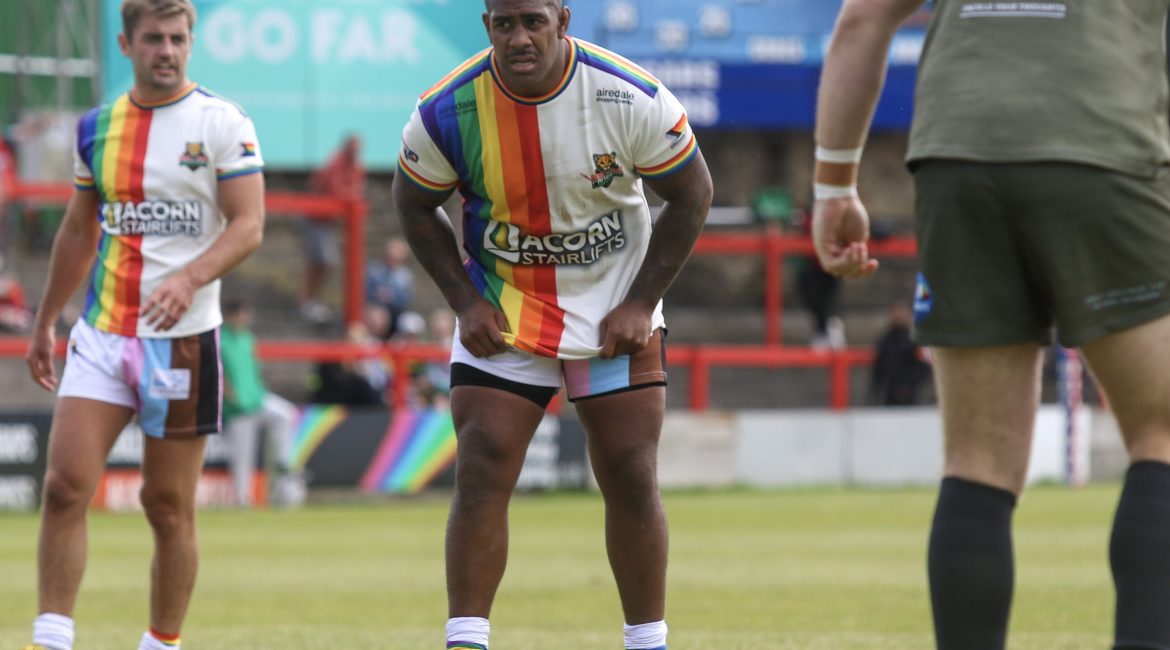 KEIGHLEY Cougars can today announce that Eddy Pettybourne is to depart the club.

Eddy has made it known to the club he plans to retire from professional Rugby League and is also planning on returning home with his family to Australia.

As a result of this, the club has agreed to Eddy’s request of a release from the remainder of his contract at Cougar Park.

Joining the Cougars midway through the 2022 season from Limoux in the French Elite competition, the American international prop debuted in a home victory against Oldham in late June.

From there, the forward would make a further three appearances for the club with the last of which coming in August’s victory away at Swinton.

Injury would bring a premature end to the season for Pettybourne but his efforts would be rewarded with a Betfred League 1 winners medal after both promotion and an invincibles season was secured in the closing weeks of the campaign.

Prior to joining Keighley, the veteran had plied his trade in England, Australia, France, Serbia, and the USA, during a storied career that took him around the world.

After beginning his professional career with the South Sydney Rabbitohs, a move to the Wests Tigers followed before he came to England to play for the Wigan Warriors.

A member of the Warriors squad that would reach the Super League Grand Final that year, he would return home to sign with Gold Coast Titans.

Two-years with the Titans would be followed by a return to the northern hemisphere as Eddy signed with Toulouse Olympique.

Denied promotion by first London Broncos and then Toronto Wolfpack, the forward departed Toulouse to join Villeneuve in the French Elite competition at the end of 2019, where he would become player-coach.

He would also serve as a player-coach in Serbia with the Red Star Belgarde club, after the delay to the start of the North America league scuppered a move to the Brooklyn Kings, leading them to the title with Pettybourne being awarded the coach of the year for his efforts.

A return to France followed as player-coach of Limoux, leading them to the French Elite Championship Grand Final, before heading across the channel for his spell with the Cougars.

Keighley Cougars would like to place on record its thanks to Eddy and wish him, and his family, all the very best for the future.